A plane-load of Western Australian politicians was caught in mid-air on its way to Canberra by Sunday’s shock lock-down announcement.

At least one passenger on the flight is understood to have visited one of the many exposure sites flagged by West Australian Premier Mark McGowan.

Most of Labor’s federal MPs from WA are also understood to have been on the plane except for Patrick Gorman.

Assistant Minister to the Prime Minister and Cabinet Ben Morton was also aboard along with an unknown number of Parliamentary staffers, The Australian reported.

The politicians were heading to Canberra for the next three sitting weeks of Parliament, and their plane took off from Perth minutes before Mr McGowan announced the snap five-day lockdowns.

Now they will have to quarantine in Canberra with parliamentary officials saying they must immediately report to staff at Canberra Airport on arrival.

‘As directed by the Speaker, all WA Members and Staff must report to the SAA and Whips staff on arrival at the gate in Canberra airport,’ advice from the presiding officers of parliament states.

‘You will be directed to quarantine until further advised by the whips office.’ 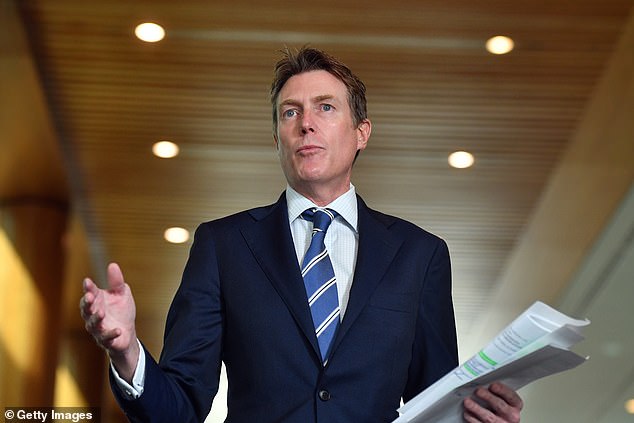 Attorney-General Christian Porter was onboard the flight

‘ACT Health is requesting that passengers arriving on a flight from Western Australia today go directly to their accommodation and to minimise their interactions with other people,’ the statement said. 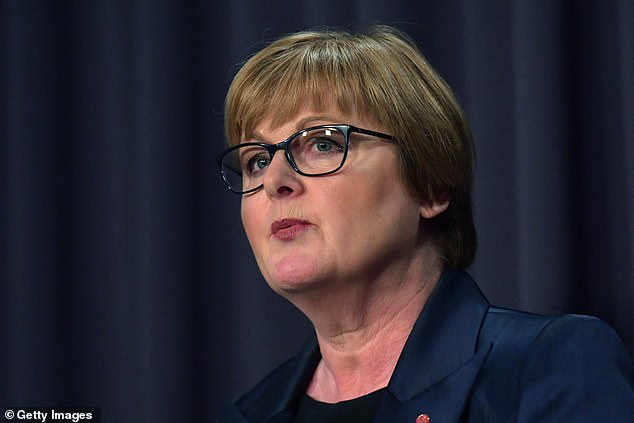 Defence Minister Linda Reynolds was also aboard the flight. Some MPs reportedly demanded the flight turn around and head back to Perth 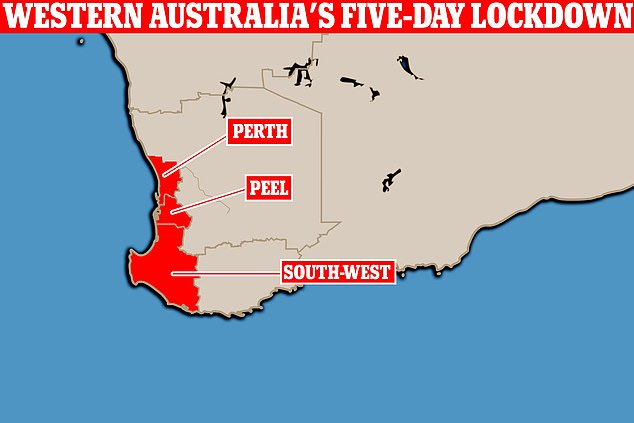 Perth, Peel and the South West will enter a strict lockdown beginning 6pm on Sunday and lasting until Friday – impacting about 80 per cent of WA’s population

‘ACT Health advises that all passengers should wear a mask and go directly to their accommodation,’ she said, telling them to also follow all directions from the WA Health authorities.

Dr Johnston said ACT Health was monitoring the situation in WA, would make decisions on any new information and would contact the passengers tomorrow.

‘Of course, any person who starts to experience symptoms of COVID-19 should get tested immediately,’ she said. 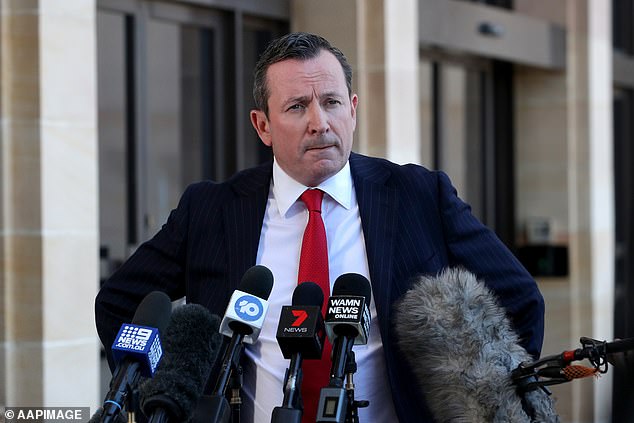 West Australian Premier Mark McGowan announced the snap five-day lockdown on Sunday after a security guard at a quarantine hotel tested positive to coronavirus and visited at least 15 locations around the city.

Perth, Peel and the South West will close beginning 6pm on Sunday and lasting until Friday – covering about 80 per cent of WA’s population.

The three regions will be closed off to each other with meaning banned from travelling between them without an exemption. Road checkpoints will be set up to ensure compliance.

The infected employee worked two shifts at Sheraton Four Points in Perth’s CBD, and was stationed on a floor where at least one returned traveller was diagnosed with the UK strain of the disease, which is up to 80 per cent more infectious than the original Chinese coronavirus.

Residents in Perth, Peel and the South West are required to stay home, except for the following four reasons:

– Shopping for essentials like groceries, medicine and necessary supplies

– Exercise, within their neighbourhood, but only with one other person and only for one hour per day

– Work, where you cannot work from home or remotely

If you do leave home, for one of the four reasons you will be required to wear a mask at all times outside and if you need to work indoors, then wearing a mask in the workplace is also mandatory

Mr McGowan said genomic sequencing is already underway, but it would be reasonable to accept that the man contracted the mutant strain, and that his close contacts would test positive in the coming days.

The state enjoyed close to 10 months without a single case of Covid-19 in the community, a feat Mr McGowan credits to his tough stance on borders.

As per the lockdown orders, residents will only be allowed to leave their homes for four reasons; shopping for essential goods like groceries and medicine, seeking medical treatment, exercise for one hour per day and work if a person cannot work remotely.

All pubs, clubs, playgrounds and gyms in Perth will close, while restaurants will be open for takeaway only and visits will be banned to care homes and hospitals.

Schools will remain closed – they were supposed to reopen on Monday for the first day of the year.

Restrictions have also been reintroduced for funerals – limiting them to just 10 people for the duration of lockdown.

Weddings have been cancelled during the lockdown period.

Residents must wear face masks at all times they are outside and face masks are also compulsory at indoor workplaces.

Masks are mandatory on public transport.

Anybody within the locked down regions were urged to stay put to avoid potentially spreading the virus to regional and vulnerable communities.

‘We are strongly encouraging that everyone in this area who is from another WA region, stay here,’ Mr McGowan said.

‘Do not travel further outside of this area until the lockdown is over.’

Is your suburb under lockdown?