A small plane has made a late-night emergency landing on a freeway south of Los Angeles.

The Beech G33 plane landed safely near an exit on the 55 Freeway in Costa Mesa on Sunday around 7.50pm, officials said.

The pilot and his single passenger, identified by CBS Local as Izzy Slod and Daniel Gross, respectively, exited without issue and no injuries were reported.

A 1971 Beechcraft Bonanza plane made an emergency landing on the 55 Freeway in Costa Mesa, California on Sunday around 7.50pm 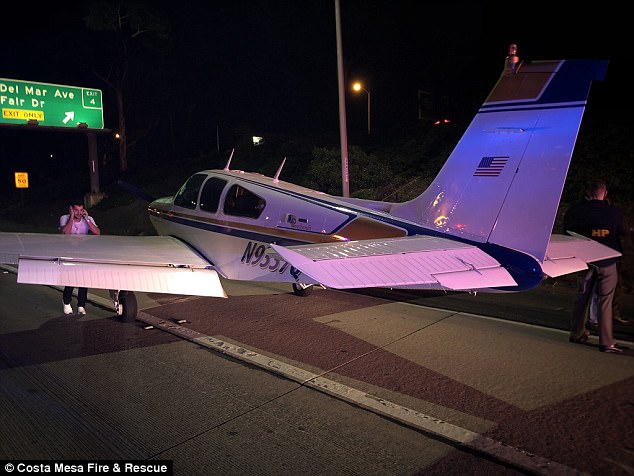 Slod, 25, told CBS he was flying from San Diego to the Los Angeles area when the plane, a 1971 Beechcraft Bonanza, lost power.

He said he alerted air traffic control to his emergency landing. 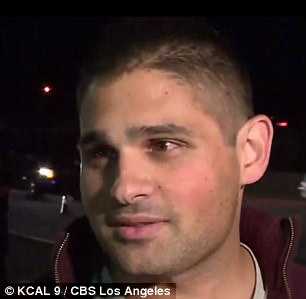 Pilot Izzy Slod, 25, told CBS Local: ‘You have a minute, maybe two minutes max to figure something out’

‘You have a minute, maybe two minutes max to figure something out,’ Slod told CBS Local. ‘I went with my gut on the freeway.’

The fact that few vehicles were on the freeway and that no one crashed was a ‘complete miracle,’ Costa Mesa Fire Captain Chris Coatez told KTLA.

Originally, Costa Mesa authorities thought they were responding to a plane crash.

The landing did cause significant traffic.

‘Plane landed on the 55 North we just missed it!,’ Dora Noriega tweeted.

The Federal Aviation Administration is investigating the incident, the Los Angeles Times reports.