The plane of a British airman who went missing in Europe during World War Two has been discovered in a lake near Amsterdam 77 years later.

Wreckage of a Short Sterling bomber BK716 manned by Sergeant Charles Armstrong Bell, which disappeared in 1943, was found submerged in Lake Markermeer this week.

Sergeant Bell, from Langley Park, Durham, was listed as Missing In Action – along with six other crew members – when their Short Sterling bomber BK716 was lost as it returned from a bombing run in Germany. 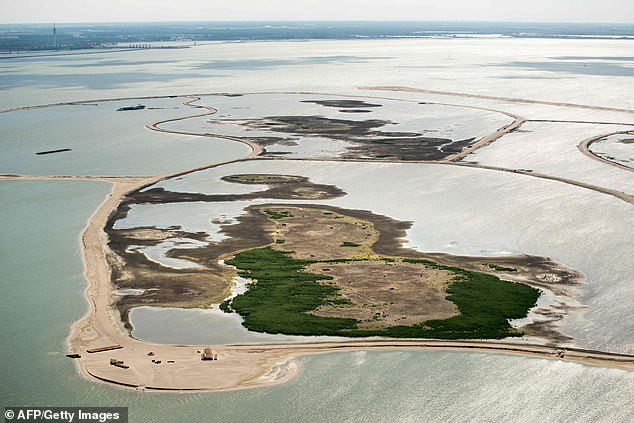 The Marker Wadden, artifical islands located in the Markermeer lake in The Netherlands. Wreckage of the bomber was discovered in the lake near Amsterdam (file photo)

Police believe the remains of the crew are still on board.

As preparations are underway to recover the plane in March, the Bomber Command Museum of Canada contacted Consett Police, part of Durham Constabulary, to help track down any living relatives of the sergeant.

A family member contacted Consett Police after appeals were shared on social media, and relatives of the six other crew members have also been traced.

In an appeal for any other relatives, a spokesman from Durham Constabulary said: ‘Charles Armstrong Bell was the son of James Ainsley Bell and Elizabeth Bell and lived at 10, Quebec Street, Langley Park with his wife Frances.

‘On his memorial stone he is listed as a son and husband, making us believe that he did not have children.

A No. 9 Sqd Avro Lancaster I, R5700 WS-N on the runway at RAF Waddington in early 1942. Wreckage of a Short Sterling bomber BK716 was found this week (file photo) 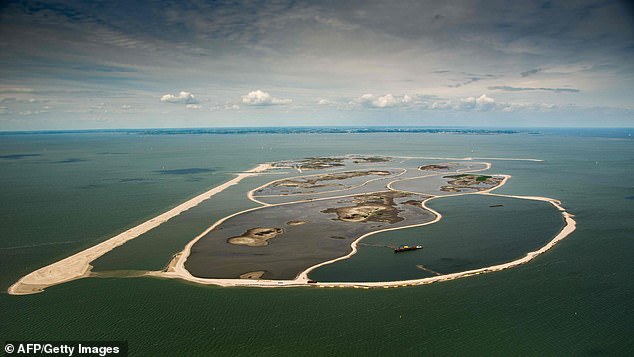 The Markermeer, one of Europe’s largest freshwater lakes, regulates the water level in the rest of the Netherlands. The crew were returning from a bombing run in Germany (file photo)

‘It is unknown where family members may have ended up, so please share this post to maximise our chances of success.

‘It would be great to help in this worthy cause to ensure that an airman who paid the ultimate sacrifice is represented by his family at his burial.’

Anyone with information should call Sergeant Mawson at Consett Neighbourhood Policing Team.