Plans for a radical shakeup of England’s university admissions will see students apply for places after their A-level results.

The move, directed by Education Secretary Gavin Williamson, will mean the start of the academic year will be in January rather than September.

It is hoped the change, reported by The Guardian, will boost social mobility by helping children from the most disadvantaged backgrounds.

The current system sees students apply to university by January using predicted grades given by their teachers, prior to sitting A-level exams in spring.

Pupils then accept or reject offers in June based on these provisional grades.

But actual exam results are not released until August, meaning that students who  have not got the necessary grades for their course need to join the university clearing system.

Grades predicted by teachers are also often inaccurate, meaning that some students are disadvantaged while others end up doing worse than expected.

Under the planned measures, which are being worked on by civil servants at the Department of Education, pupils leaving school will apply for university with the security of knowing their grades. 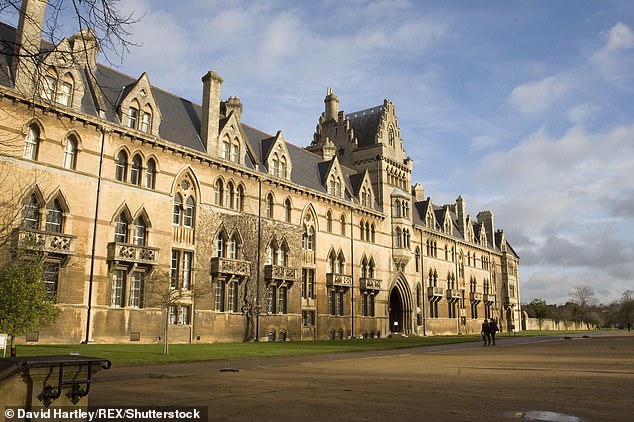 The move, directed by Education Secretary Gavin Williamson, will mean the start of the academic year will be in January rather than September

Mr Williamson is thought to believe the changed system will help disadvantaged students, including teenagers from non-white backgrounds.

It is hoped the move will mark the end of predicted grades and conditional and unconditional offers.

A Department of Education document, seen by the Guardian, outlines several other possible models for reform, with admissions after receiving qualifications as a starting point.

One would see a university application window of five weeks between the release of exam results in August and the start of the next academic year in September.

Another would see students continue to apply to university before getting their A-level results but they would not get offers until their grades had been published.

It is not the first time the planned reform has been proposed. The move was first put forward in 2006 but there has been repeated opposition from universities and school leaders.

A Department of Education spokesman told The Guardian: ‘We do not comment on leaks and will not be drawn on speculation.’