Plans to build 3,500 homes in village that inspired Thomas Hardy’s The Mayor of Casterbridge

Developers are planning to ‘wipe out’ a huge area of landscape that inspired Thomas Hardy to write his classic novel The Mayor Of Casterbridge.

Campaigners are fighting plans to build 3,500 homes in the rural idyll that inspired the 1886 book set in a fictional Dorset town.

The plans to build over the picturesque area have set town and county council at loggerheads.

More than 1,000 residents have signed a petition set up to oppose the development north of Dorchester.

One of the ‘preferred options’ in West Dorset District Council’s local plan is to build 3,500 new homes and make obsolete the ancient Roman boundaries of Dorset’s famous county town. 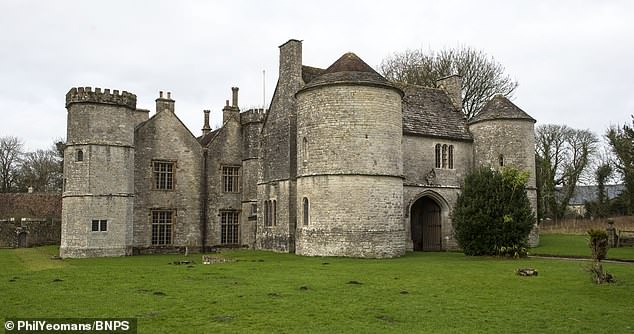 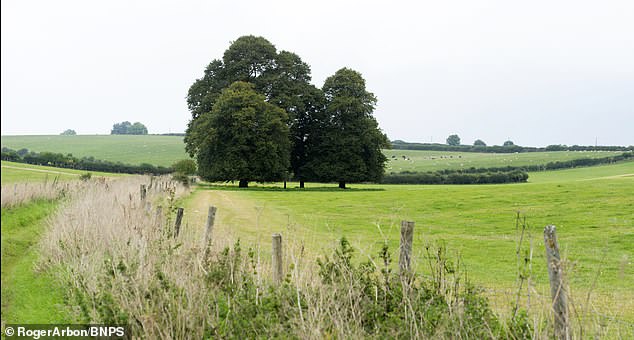 The eastern edge of the proposed site is a stone’s throw from Hardy’s birthplace and the Dorset village where he went to school. His famous 1886 novel, the Mayor of Casterbridge, Hardy described the very same land that is under threat

But Dorchester Town Council’s response to the county authority’s local plan calls for development to be more fairly shared across the district to deliver sustainable growth and help retain dwindling services in villages.

The area’s water meadows act as a flood plain and campaigners fear the development could exacerbate the risk of flooding in the town.

Thomas Hardy was born in the village of Stinsford, around two miles from the planned development.

Dorchester Town councillor Alistair Chisholm – the town crier and a member of the Save The Area North of Dorchester (Stand) campaign – said: ‘This is the biggest issue the county town has faced.

‘It is on a monumental scale. What we are trying to protect is of international importance.

‘This northern boundary isn’t only the last remaining Hardyean countryside edge, it’s the Roman edge of Dorchester that hasn’t changed for nearly 2,000 years, and we are in danger of throwing it away.

‘If we don’t fight now as hard as we can we’ll be failing not only those we represent today but generations to come.’

Councillors question whether the plan’s 35 per cent affordable housing will be delivered and argues that 20 per cent below market value is still out of reach of most young workers and families. 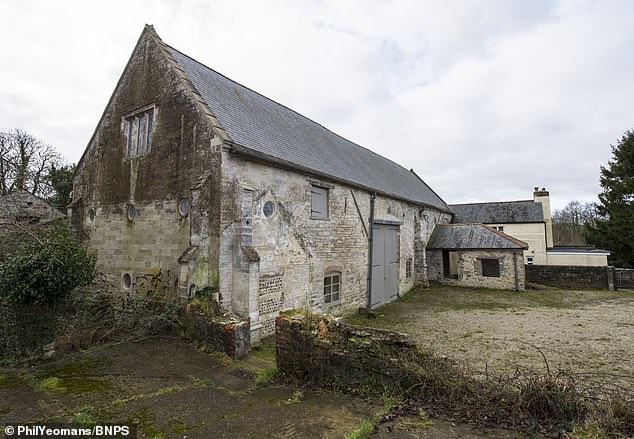 The historic Grade I listed Elizabethan manor, Wolfeton House, that inspired Thomas Hardy is under threat from plans to build 120 houses in a neighbouring field 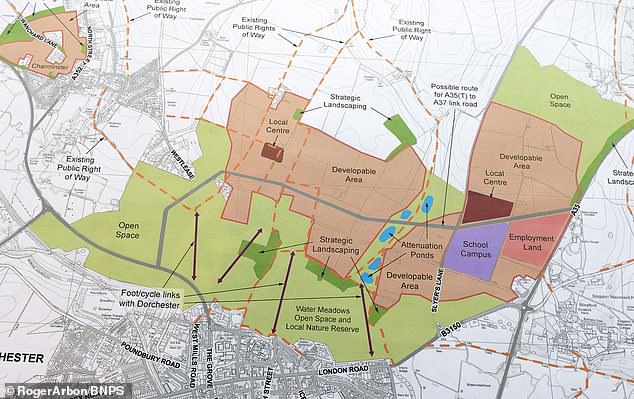 The developers plans show the area north of Dorchester that 3,500 homes are listed as a ‘preffered option’ to the county council’s local plan 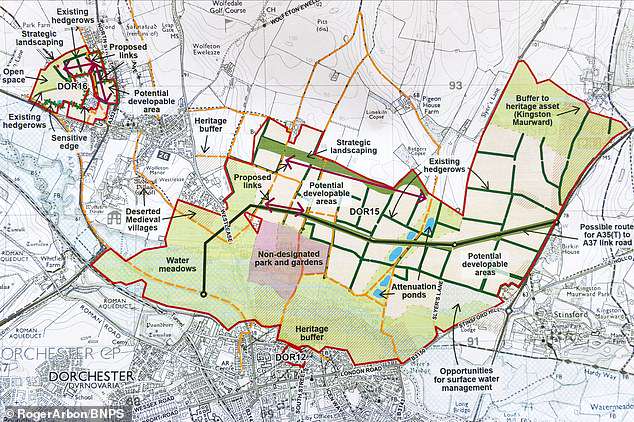 Plans on display at Charminster village hall that could ‘wipe out’ the countryside that inspired author Thomas Hardy by building 3,500 new homes

The authority also urges West Dorset council to consider a discount nearer 50 per cent for it to be genuinely affordable.

David Taylor, the mayor of Dorchester, said: ‘In The Mayor Of Casterbridge, Thomas Hardy describes Dorchester as ‘a chessboard on a green table cloth’.

‘This close connection between town and countryside is an important part of our heritage and landscape.

‘This plan would destroy Hardy’s literary landscape. We don’t accept ours should be the generation that fails to pass on a valued legacy to future generations.

‘Our community is shouting from the rooftops, they will not win.’

The River Frome separates Dorchester from the proposed site so, unlike the Prince of Wales’s Poundbury – which is fully connected to the rest of Dorchester – it would become a separate community, both physically and psychologically.

Earlier this year plans for 120 homes just 200 yards the 16th century Wolfeton House in the village of Charminster, six miles north of Dorchester, were revealed. 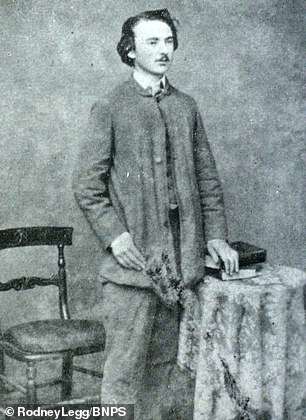 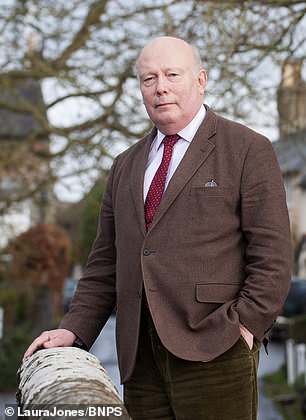 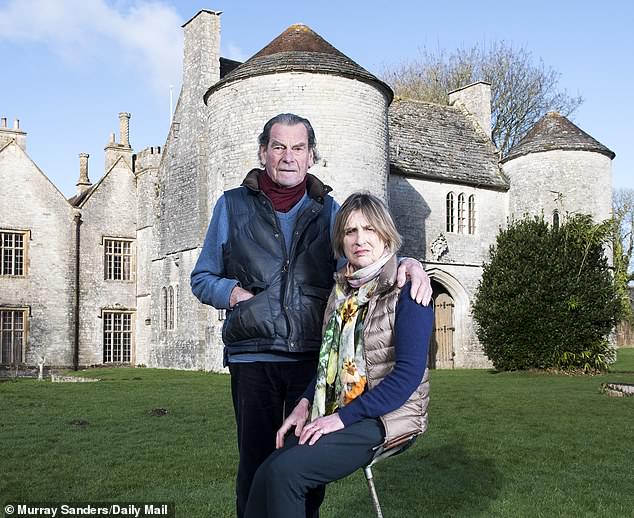 Wolfeton House’s current owner, retired army officer, Captain Nigel Thimbleby (with his wife Katharine), is a direct descendant of the Trenchard family that inspired one of the main characters in The Mayor of Casterbridge

Downton Abbey creator, Lord Julian Fellowes, joined the fight by campaigners to stop developers building the housing estate next to the Elizabethan manor, which is also said to have inspired Thomas Hardy.

The manor house is still owned by the Trenchard family, whose name provided the inspiration for the main character in The Mayor of Casterbridge – the Henchards.

In 2016 the writer also wrote to planners opposing Prince Charles’ Duchy of Cornwall Estate and its plans to build a housing estate behind Thomas Hardy’s former home, a Grade I listed Max Gate in Dorchester.

Ian Gardner, West Dorset council’s portfolio holder for planning, said: ‘There is a real need for the development of further homes in Dorchester, highlighted by the Planning Inspectorate in their comments on our current local plan.

‘The town has significantly more jobs than economically active residents with many workers commuting into the town by car on a daily basis.

‘One of the challenges for this local plan review is to try and improve the balance between housing and jobs in this area.

‘We believe this new ‘urban extension’ to the north of the town would help improve this balance and provide a number of benefits for local residents once complete.

‘Failing to include suitable development sites for Dorchester could mean that the overall local plan might not be approved.

‘This would mean the council have a reduced say on applications, including what infrastructure is provided.’