One of southeast Queensland’s most disadvantaged areas could be home to a ‘world class’ state-of-the-art wave pool.

Situated in a ‘perfect location’ between the Gold Coast and Brisbane, the proposed site is just off the Pacific Motorway on the banks of the Logan River.

According to Logan City Council’s website, the company submitted a development application to rezone the 18.4 hectare site on May 22.

A wave pool have been proposed for Loganholme in southeast Queensland. Pictured is an artist impression for Tunnel Vision Wave Pools facility 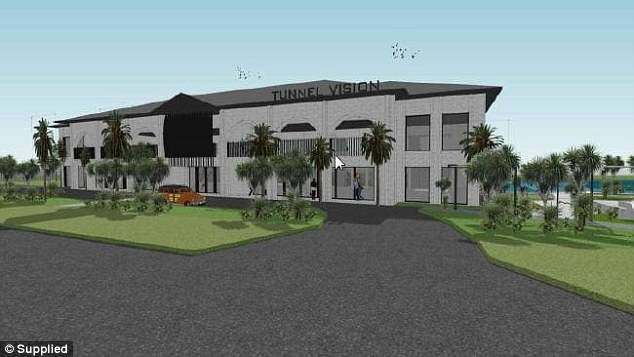 The proposed major use for the site will be a wave park facility consisting of an oval shape lake with a central ‘turfed island’ for surfing activities.

Wave heights would range from one to 2.5 metres and feature a series creating of 480 full height waves per hour that have finishing end sections at the end of the ride while 240 learn to surf waves 20m long are proposed for the northern end of the lake.

‘The team are excited to be bringing something new and exciting to Queensland and are sure the community, both surfers and surfers to be, will be just as stoked as we are,’ company co-founderJay Baikie said in a media statement.

‘The team are also extremely enthusiastic about contributing greatly to the emerging tourism economy in the Logan region with an expected 350,000 visitors annually.’

An outdoor swimming pool and skate board park facilities would complement the wave park.

‘The applicant has proposed a state-of the-art facility that will provide the ‘perfect wave’ for surfing,’ the development application states.

‘Tunnel Vision have committed to over 13 plus years research into the artificial wave technology, that will enable participation from beginners to experienced surfers. The proposal is seen an important catalyst for the implementation of the Logan River Vision, and river experiences, reach and themes, by introducing a world class tourism and recreation facility for the Loganholme area and immediate river environs.’ 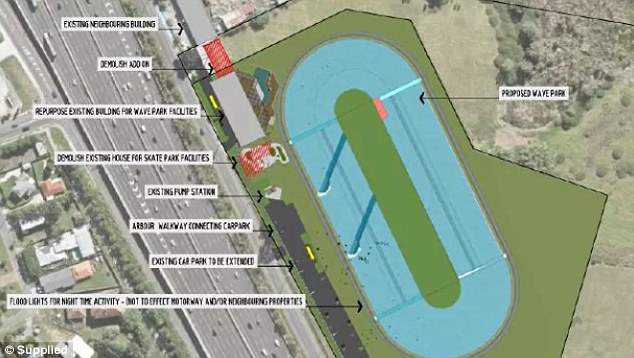 The proposed site at Loganholme is just off the Pacific Motorway and on the banks of the Logan River.

The development application seeks to re-purpose an existing two storey building on the site into a surf gymnasium, indoor skate ramp, surf board shaper, barber and day spa.

At least 12 full-time jobs would be created, along with many more casual positions.

The proposed facility would occupy a third of the site to allow the remaining 12 hectares to be further developed separately in the future.

‘We appreciate there is still a lot of work to be done, but we’re so pumped for the potential benefits,’ Mr Baikie said.

The wave pool was originally earmarked for Stapylton at the Gold Coast, which had an estimated price tag of $10-$30 million. 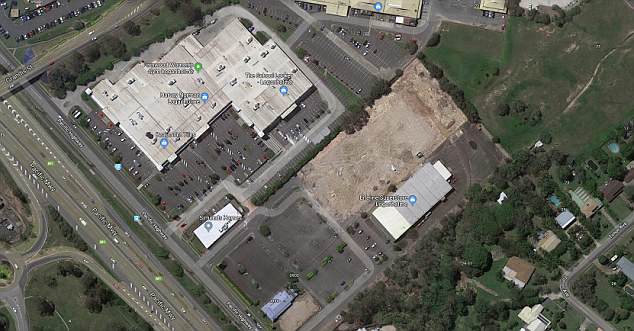 A development application to rezone the 18.4 hectare site (pictured) was lodged with Logan City Council on May 22

The proposed new site has been chosen for its geographical location, proximity to the Pacific Highway and Logan Motorway and relatively remote location and appropriate distance from ‘any sensitive land uses’, according to the development application.

Construction on a Melbourne surf park will start this month, while another application has been submitted to build a $24 million wave pool at Sydney Olympic Park.