High seas! Plastic bales containing 1,300 pounds of marijuana worth $1MILLION are found floating near an island off the coast of California

Plastic bales that contained 1,300 pounds of marijuana have been retrieved near a Californian island and are estimated to be worth $1million.

The Coast Guard found 43 packages off the coast of Santa Catalina Island after a call from a ‘concerned citizen’ who feared it contained narcotics.

It took a 45-foot response boat and another vessel to collect all of the floating parcels on Tuesday.

Officers proudly stood next to the large bales that were found wrapped in plastic, before transporting the haul to Customs and Border Protection.

The origins of the bales remains unknown and an investigation is being carried out to find out more. 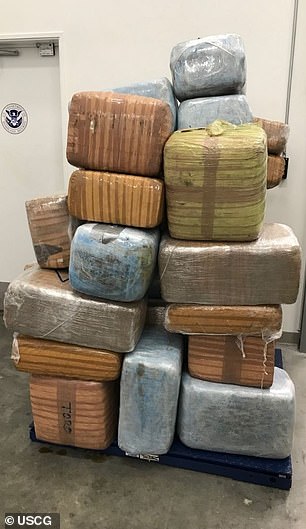 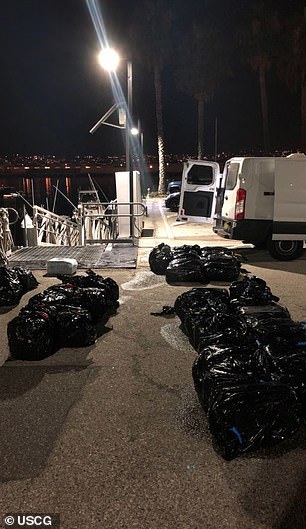 The tightly wrapped bales contain 1,300 pounds of marijuana (left). Coast Guard and other partnering agencies collected 43 of the backs which were inside plastic bags (right)

Commanding Officer Lieutenant Andrew L. Fox said: ‘We appreciate the assistance provided by our partners and vigilant mariners in keeping these drugs off of our streets.’

Fox from Station Los Angeles-Long Beach advised anyone who sees ‘suspicious activity on the water, signs of distress, or hazards to navigation’, to contact the Coast Guard.

Immigration and Customs Enforcement-Homeland Security Investigations and the Coast Guard Investigative Service will continue trying to find out more.

The Coast Guard shared a post revealing their find on Thursday.

Annie Kane wrote: ‘Soooooo proud of our USCG!!! They do not get enough recognition!!!’

Marianne Juler added: ‘They do it once again. Ya all are awesome.’ 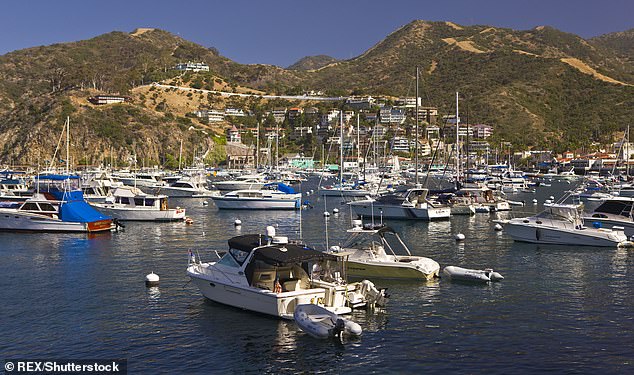 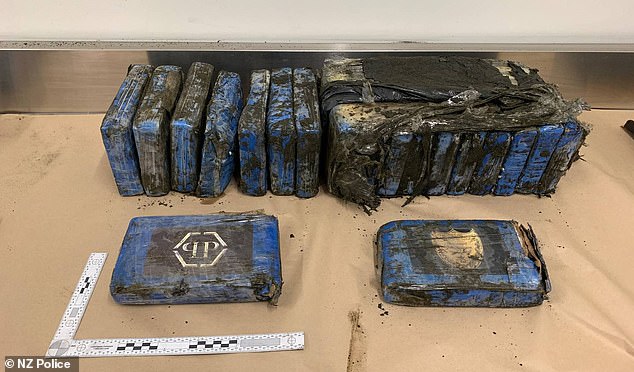 Around two million dollars of cocaine were discovered (above) on a beach in New Zealand earlier this month. All 19 of the parcels were around the size of a VHS tape

Earlier this month, more than $2million of cocaine was found washed-up on Bethells Beach in New Zealand.

Each of the 19 packages were around the size of a VHS tape and were tightly wrapped with plastic and netting.

Police believed more packages could have came loose and could have been floating in the waters near to Auckland on August 7.

Their investigation to find where the parcels came from and who they belonged to remains ongoing.

Anyone who sees anything suspicious in the water near to Santa Catalina island should contact Sector Los Angeles Long Beach personnel on VHF channel 16 or at (310) 521-3801.