Plastic surgeons reveal the looks MEN are asking for

Men are nip and tucking more than ever now.

The number of cosmetic surgeries performed on men has increased more than 325 percent between 1997 and 2015.

Rhinoplasty, is the most requested procedure among men, but surgeons say there’s been a surge in people requesting eyelid rejuvenation to look ‘younger’ and ‘refreshed,’ nose jobs and lip injections.

Speaking with Daily Mail Online, experts explain why more and more men are flocking to the doctor’s office to change their appearance and who they are asking to look like.

He currently performs between two to five procedures per month on men compared to just one every couple of months in 2016.

He believes that a number of things are contributing to this increase in blepharoplasty.

Like all cosmetic operations, social media and the need to be photo-ready 24/7 is driving up rates.

But eyes tend to be the first place men get done, since that is where aging first becomes noticeable.

‘There is more pressure for professional men to continue to look younger to be competitive in the workplace,’ said Dr Zuckerman, adding that the surgery is a minimally invasive one and could be a stepping stone to other cosmetic procedures.

‘I find that upper eyelid excess skin or skin laxity is often what spurs male patients to come in and commit to undergoing surgery, as it is one of the most noticeable aesthetic issues in this region of the face.’

This procedure, which costs about $5,000, consists of removing skin, as well as adding or removing fat from the eyelids. 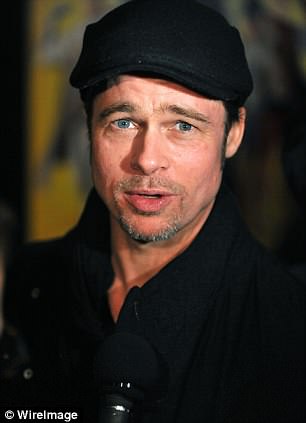 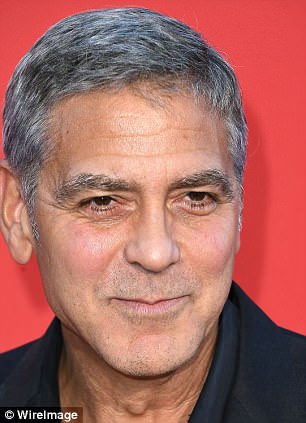 Men typically want to look like younger versions of themselves, but Dr David Shafer, a board-certified plastic surgeon and RealSelf contributor, said some of his patients who get this procedure aspire to look like Brad Pitt – who notoriously has relatively smooth skin around the eyes.

‘However, I caution patients to strive to look like a refreshed version of themselves and not try to look like someone else, which can give an artificial appearance,’ Dr Shafer added.

Dr Zuckerman said men rarely bring in pictures of celebrities, but added that a few of his patients had jokingly asked to look like George Clooney or Brad Pitt. 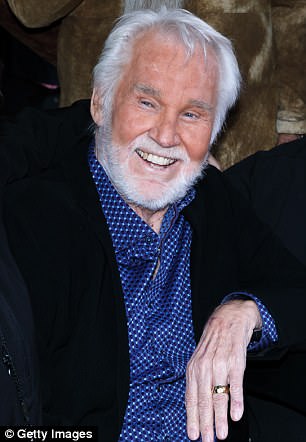 ‘These patients aren’t the demographic to be watching the Kardashians or following celebrities for the most part,’ he said.

When patients opt for this procedure, the excess skin on the eyelid is removed and the remaining skin tightened. This procedure usually takes about 30 to 45 minutes and requires local anesthetic.

According to Dr Thomas Sterry, a board-certified plastic surgeon, the ideal eyelid is different for men and women.

Men are supposed to have generally more fat in their eyelids. This means their eyebrows should be at their frontal bone – the upper part of the eye sockets.

To achieve this look while rejuvenating the eyelids, Dr Sterry said he makes an incision no more than six millimeters above the eyelashes.

In women, he said their eyebrows are supposed to be located above the frontal bone – to give them the ‘bedroom eyes’ look. To achieve this look he makes an incision about one centimeter above the eyelashes.

Dr Sterry noted that American singer-songwriter Kenny Rogers, who opened up about his eyelid rejuvenation in 2006 to PEOPLE, ‘had a well performed operation that was designed for a woman.’

The results of this procedure can last at least 20 years. 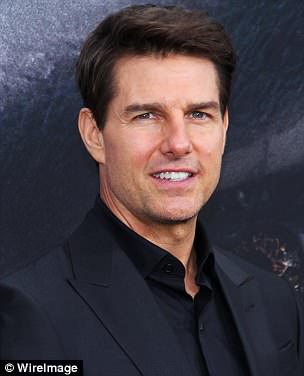 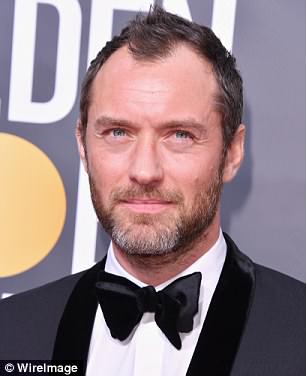 Dr Joshua Zuckerman said a lot of men bring in pictures of Tom Cruise, left, and Jude Law, right, who have straight noses with a bulbous tip

Rhinoplasty is the most popular surgery among men, with 55,024 procedures being performed in 2016, a three percent increase from the year prior.

Many men are seeking this procedure for a variety of reasons.

According to Dr Richard Winters, a New Jersey-based plastic surgeon, men are bypassing the stigma that says only women, actors and models can get these procedures and they want a boost in self-esteem.

He said his patients sometimes bring in pictures of Jude Law, Tom Cruise, George Clooney and Ben Affleck for inspiration.

An ideal nose in men, according to Dr Zuckerman, is one that is an angle of 90 degrees to the face and slightly prominent. But most of all, it should fit in with the rest of a person’s facial features.

Dr Winter said some men opt for a nose job if they have a nose that’s off-center, has a big tip, has a bulbous tip, has a droopy tip, has a bump, is too wide or too thin, or if they feel their nose doesn’t go with the rest of their face.

These procedures, which can cost between $5,000 and $10,000, can include the removal of bone, cartilage – structures in the nose that provide form and support, or the addition of synthetic tissues.

There are several types of rhinoplasty techniques plastic surgeons use.

Another technique, called the ‘closed method’ is a less invasive type of procedure that involves making incisions inside the nostrils and working beneath the skin with limited visual access.

There’s also a non-surgical procedure that only requires the use of a filler, such as Botox, to make small augmentations.

3. More men are getting lip injections: The rise of the ‘macho mouth’ as patients want to look like Harry Styles and Henry Cavill 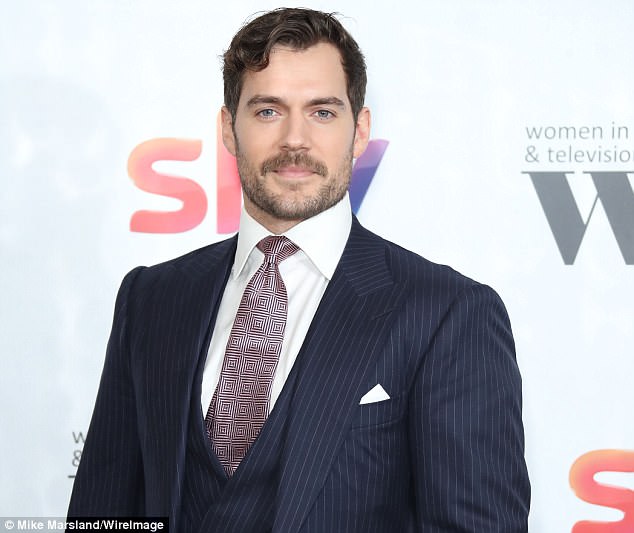 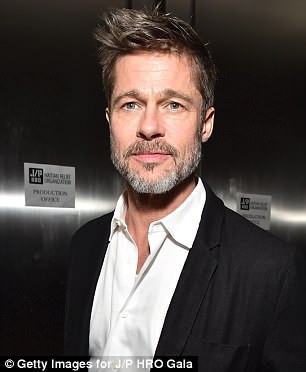 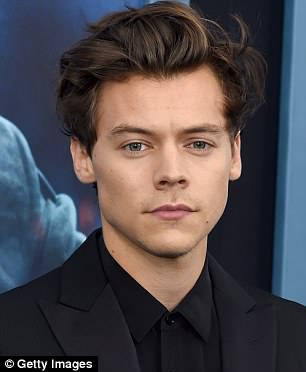 There’s also been a surge in men requesting lip injections.

Dr Rian Maercks, a plastic surgeon in Miami, Florida, previously told Daily Mail Online in 2017 that men are flocking to him for plump, yet masculine, lips.

Years ago, he used to have a few men a week for this procedure, if not every other week, but now he has around five a day, and up to two dozen a week.

‘It all started this year,’ Dr Maercks said. ‘In a matter of months, male lip fillers became one of the most popular procedures in the clinic.’

He attributed this trend to people being more aware of their appearance due to selfies, dating apps and social media.

‘Even our politicians embody and celebrate narcissism – we have never been more encouraged to analyze our facial features,’ he said.

One of the most common ‘celebrity wish pics’ brought in by his patients is of 24-year-old singer Harry Styles.

‘It’s all about the corners of his mouth,’ he explains.

‘His lips are pretty balanced but the thing that makes Harry Styles’ mouth unique is that little lift either side that almost makes him look like he’s smirking all the time, whether he’s smiling or resting.’

Men also bring in pictures of Brad Pitt, Channing Tatum and Henry Cavill all of whom have a fuller pout.

‘Men are finally becoming more aware of thin lips,’ he said, adding that many of them want a stronger lower lip to display ‘authority and confidence,

Lip injections, which can cost anywhere from $500 to $2,000, usually involves injecting a filler, like Restylane, Juvederm or collagen into a man’s lower lip to create a ‘macho mouth,’ or a strong lower lip.

When he performs a macho mouth surgery, Dr Maercks tweaks the base of a person’s nose and plumps up their lower lip.

In addition to lips, men also want a jawline to match their ‘matcho’ mouth.

Dr Sterry said most men opting for chin augmentation, which can cost between $3,000 to $5,000, want a more squared off chin with a well defined jawline, like Henry Cavill’s.