PLATELL’S PEOPLE: Cashing in will carry a heavy price for Meghan and Harry

Harry and Meghan have decided to make a living by singing for their supper.

They’ve signed up to the top U.S. speaking bureau, the Harry Walker agency, which has ex-presidents Barack Obama and Bill Clinton on its books as well as Meghan’s friend Serena Williams.

It has reportedly secured its top clients up to $1 million a speech.

The Sussexes will talk about topics that are important in their lives and in the world, we’re told. They will focus on social issues, racial and gender inequality, the environment and mental health.

All perfectly laudable (yawn, yawn). But who really wants to hear them bang on in their woke way about green issues and gender and race when there are far more interesting things to talk about — like the Royal Family and Harry’s mother Diana?

Of course, talking about the royals is not their plan, it’s said. But surely even Harry realises the only real currency he has on the U.S. speaking circuit is talking about his mother, whom Americans idolise like Jackie O, and his wider family.

The Sussexes will talk about topics that are important in their lives and in the world, we’re told

As for Megs, her views as a mixed-race eco warrior and actress surely have a very short shelf life.

We all know that inside stories of the royals is where the real money lies; we know they’ll be sorely tempted to do it given the highly expensive LA lifestyle they’ve adopted — even if it is subsidised by Prince Charles.

They may have left the Royal Family, but it’s only their royal status that gives them any kudos. It’s the hypocrisy and, yes, greed of cashing in on that status while claiming to distance themselves from it that so many of us find galling. As well as the piety and virtue-signalling.

Oh, for the old Harry who used to belt out English rugby’s anthem Swing Low, Sweet Chariot with the best of them, instead of the new one who, driven by his wife’s PC agenda, has demanded this much-loved spiritual be banned because it was written by a slave.

At every turn, these royal exiles seem to be sinking lower in the public’s estimation. Which is such a tragedy given the affection with which we have always regarded Harry and the thrill we all felt when he married Meghan on that glorious early summer day two years ago.

They said it wouldn’t last, Kate Moss’s relationship with Nikolai von Bismarck, 13 years her junior. Yet she’s been in lockdown with her beau and daughter Lila, 17, devoid of booze and the white stuff, going to bed with a glass of water and watching Netflix. Perhaps our most famous rebel model has turned into a role model.

‘Now we have the opportunity to carry out a resolute offensive against the white, break their resistance, eliminate them as a class and replace their livelihoods with the livelihoods of people of colour and LGBTQ,’ the newly appointed English professor wrote.

Although I am no Oxbridge scholar, I humbly suggest that any person of whatever colour who spouts such racism should be summarily sacked, not promoted.

Renate Blauel, is seeking an injunction against Elton John years after their 1988 marriage. I was there in Sydney for their Valentine’s Day nuptials. We all knew even then that Elton was gay. I’m guessing she’s suing having been forced to wear the most hideous bridal gown in living memory. 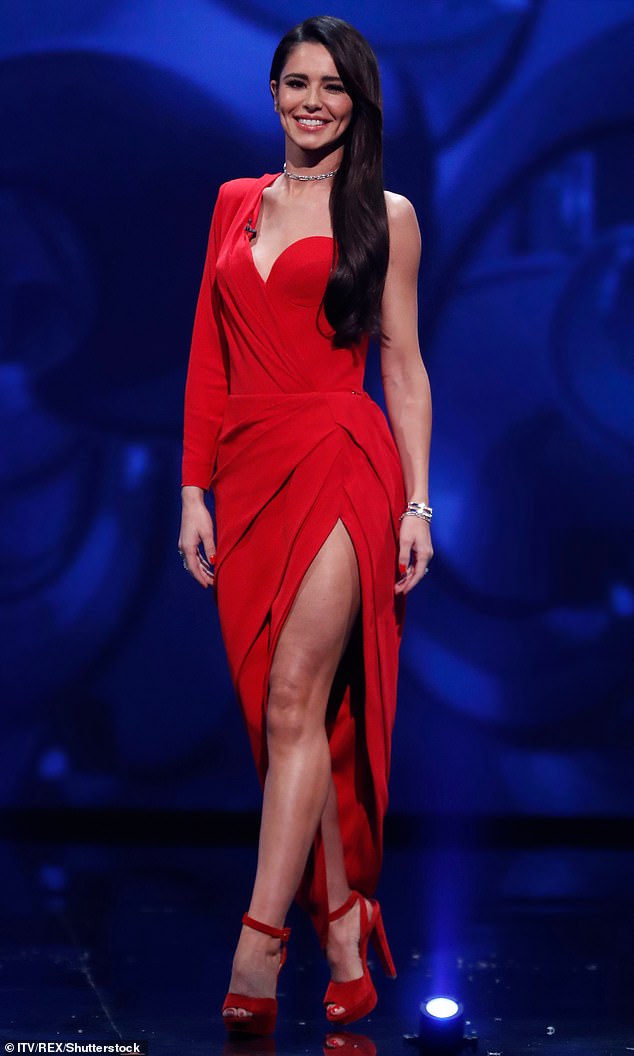 Bruno Tonioli says that due to his commitments to the American version of the show, he will not be appearing in the next series and suggests Cheryl Tweedy as his replacement

Strictly judge Bruno Tonioli says that due to his commitments to the American version of the show, he will not be appearing in the next series. He suggests Cheryl Tweedy as his replacement. That’s cruel, selecting a stand-in who can’t string three coherent words together without subtitles and who thinks the Paso Doble is a cocktail shared with some random bloke half her age.

At 73, Charles Dance is still one of the sexiest, most menacing character actors on earth. Knowing him a little, I particularly loved soft-hearted Charlie portraying the baddie in the last Godzilla movie. Now we learn that for three months he has been in lockdown — alone! Surely a crime against humanity, at least the female part of it!

Friends star Jennifer Aniston says her Nineties role as Rachel has cost her dearly as a serious actor, as even now at 51 she struggles to escape it. Oh, do get over yourself love.

You’re worth $200 million thanks to that sitcom and for what? A goofy smile and a great hairdo. 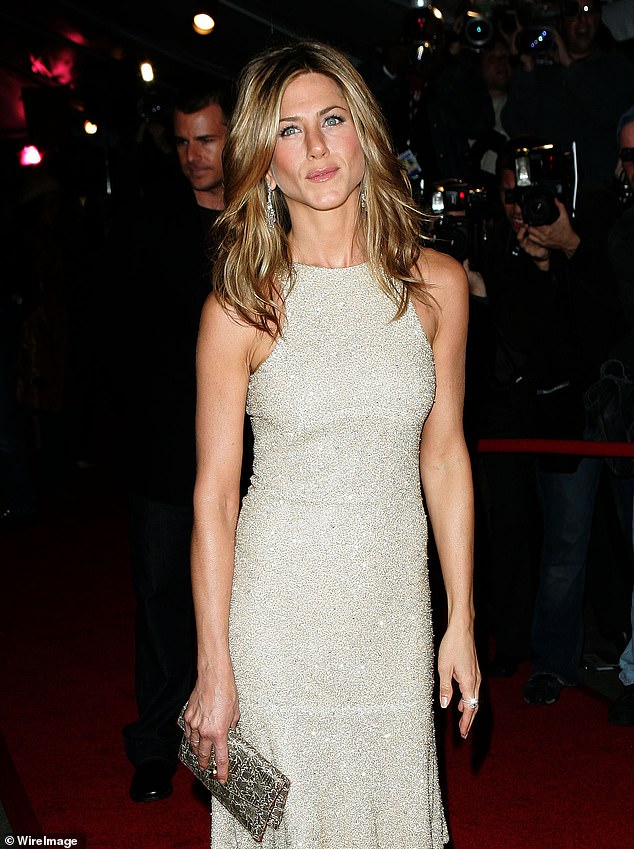 Having lost 4st since meeting his fourth wife Anne-Marie, 34, MasterChef judge Gregg Wallace, 55, said he is not willing to ‘swap my fun, sexy girlfriend for an exhausted mum’.

His in-laws have moved in to give the couple nights without baby Sid.

The great pudding may no longer look like a pig, but he’s certainly behaving like a chauvinist one. 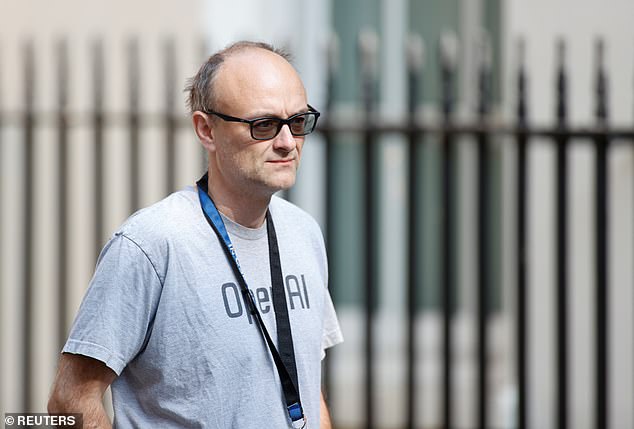 It’s a strange world where the Archbishop of Canterbury is considering which culturally inappropriate statues should be removed from our churches to avoid offending Black Lives Matter protesters. Particularly when Nelson Mandela’s widow Graca Machel says he would have wanted them to stay, as a lasting reminder of the past, never to repeated.But then what did Mandela know about racism?

Liz Hurley has never said a bad word about her exes, including that love rat Hugh Grant.

Now after the assumed suicide of her former lover Steve Bing, father of their child Damian, she still remembers the ‘good, wonderful memories of a sweet kind man’. This despite him humiliatingly making her prove paternity of their son and never meeting Damian, now 18.

In a world where women often, rightly, vilify absent fathers, it says something fine about her. That Liz puts the happiness of her son above her own sadness.

Another of my guilty lockdown secrets is the Great British Sewing Bee, which saw the vintage-clothing-loving Clare Bradley crowned Queen Bee. By day she is a doctor in the NHS, by night she sews, having been taught as a child by her mother Jane.

Just like my mum who, when I whinged about not having any new clothes as a teenager, taught me on her old pedal Singer.

My creations can’t compare with Clare’s, but Mum did teach me one trick if you ran out of time hemming that dress, a stapler used inside out was the perfect finish.