PLATELL’S PEOPLE: Courage of the brave souls on London Bridge triumphed over evil

AMANDA PLATELL The capital in lockdown, news bulletins showing footage of a knife-wielding maniac on London Bridge, reports of innocent members of the public killed and others seriously wounded.

Tragically, we have been here before. The only difference yesterday seemed to be that this atrocity was played out beneath the early Christmas lights.

The realisation that evil not only still exists in our midst, but thrives, is a shattering blow to all of us — and, of course, devastating, to the poor victims and their families. Yet from yesterday emerges a story of heroism and courage that — despite the horror — we must cling onto, for it bolsters our faith in humankind.

Those brave souls who risked their lives running towards the assassin as he brandished his knives, the heroes of London Bridge who knew he could have been wearing a suicide vest, were good, selfless people interested in only saving the lives of others.

Arming themselves with anything that came to hand — a stick and fire extinguishers — they wrestled the terrorist to the ground.

One man in a suit and tie was on the other side of the bridge and ran through the traffic to pounce on him and grab a knife from his hand.

When the police arrived, another had to be physically dragged off the attacker by them so they could safely fire the bullets that ended the attack and echoed through the heart of the nation. These were ordinary folk going about their daily lives, just like those who behaved with such heroism in the first London Bridge attack two years ago.

Amid the carnage on that occasion, there were those who sacrificed their lives for the sake of others, too.

Ignacio Echeverría, 39, a Spanish banker, was killed as he tried to fight off the terrorists with his skateboard, enabling others to escape. Australian nurse Kirsty Boden, 28, was stabbed to death after running to help the injured.

In a world in which we are led to believe no one cares about anyone but themselves, their bravery is a stinging rebuttal of that cynical outlook. In a nation we are told is hopelessly riven by Brexit and political ideology, their actions show that we will always unite for the moral good.

Too often in our squabbling we forget the indomitable and unconquerable heart of our people. One that is defined by courage, consistency and kindness.

But as the late MP Jo Cox — herself the victim of an evil man with a knife and a gun — said: we have far more in common than that which divides us.

Memo to Strictly favourite Kelvin Fletcher: Perhaps it’s not too wise to be caught hugging your dance partner Oti Mabuse in the street on the night you missed your wedding anniversary with your childhood sweetheart and mum of your kids Liz.

Kelvin told ITV’s This Morning he was ‘gutted’ not to have been there for their special day. Not half as gutted Mrs Fletcher and their kids would have been seeing him in the clutches of the sex-on-perfect-legs and preposterously pert-bottomed Oti. 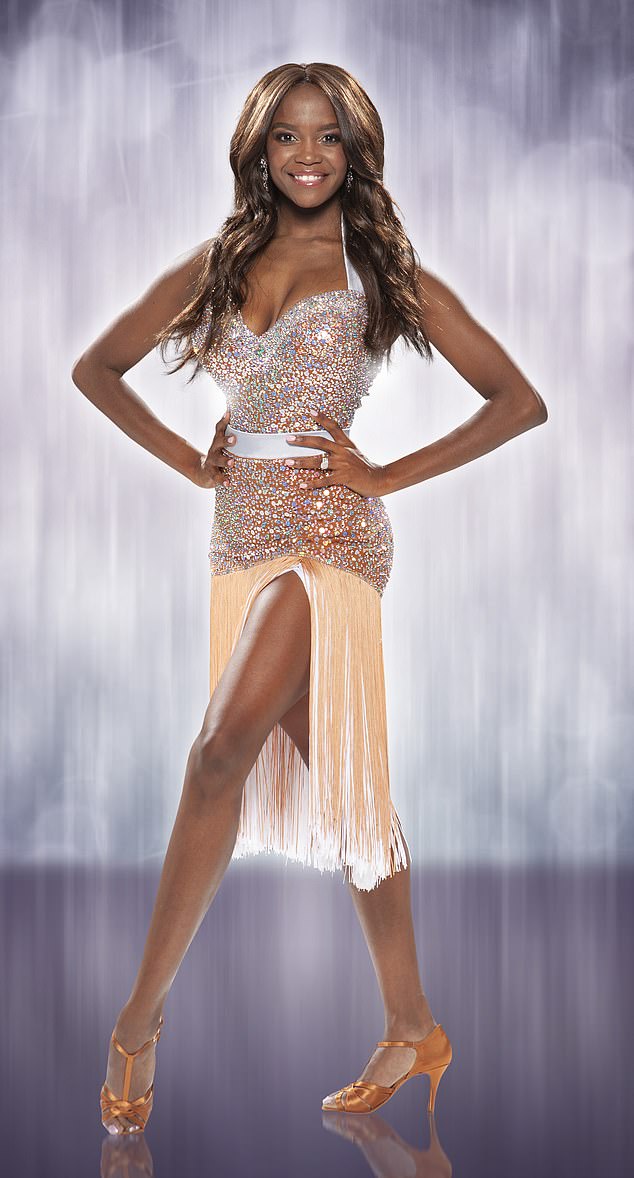 Oh, and whereas once their mantra was that ‘inside every woman is a Pussycat Doll’, today they’ve changed it to ‘inside every gender’. How very millennial, ladies, but don’t cha realise, we just don’t give a damn. 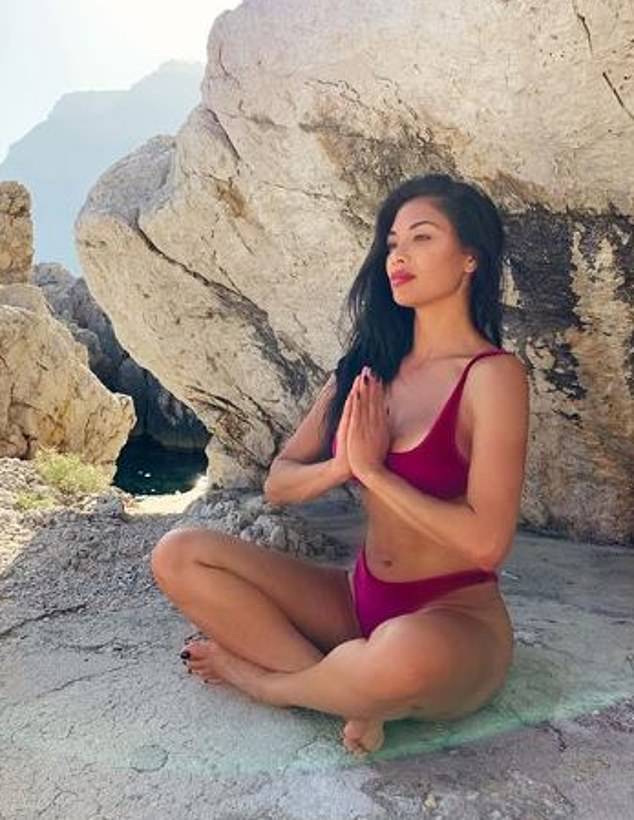 When the Pussycat Dolls split up a decade ago, the other members of the Don’t Cha band couldn’t bear to be in the same room as lead singer Nicole Scherzinger

You won’t be white on the night

After pictures emerged of a newly loved-up Paul Hollywood with another ex-barmaid girlfriend, his former lover Summer Monteys-Fullam posted one of herself.

There she was in a sheer white lacey negligee, with white undies and push-up bra, applying fake tan for a night out. Silly attention-seeking sausage. Any woman who can spell St Tropez knows her white ensemble would have got tan all over it — and ended up as muddy brown as a Glastonbury campsite. 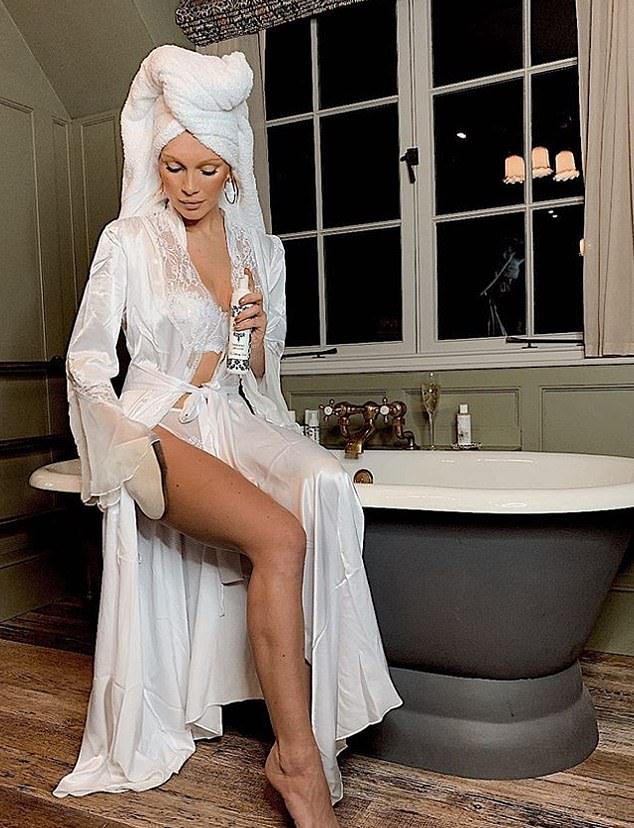 After pictures emerged of a newly loved-up Paul Hollywood with another ex-barmaid girlfriend, his former lover Summer Monteys-Fullam posted one of herself

■ The BBC is in a frenzy over Boris not doing the Andrew Neil interview. As a former spin doctor, I’d be offering the same advice. A head-to-head with Corbyn is the only debate worth doing. Elections are not about burnishing the credentials of broadcasters — impressive though Mr Neil is.

■ In the leaders’ climate change debate, Jo Swinson said she feared unless urgent action was taken, her children will never get to see a hedgehog. Given their mum’s plummeting poll ratings, at least after the election they will be able to see plenty of the Lib Dem leader.

■ As for Labour’s dishonest claim that the Tories would ‘sell off’ the NHS, American author Lionel Shriver asked rather succinctly on Question Time: ‘Who in their right mind would want to buy it?’

■ It says something rather fine about Theresa May that instead of heckling from the sidelines as Tony Blair was this week, our ex-PM was in Plymouth unveiling a statue of Nancy Astor, our first woman MP to take her seat.

Ahead of Panorama’s Monday interview with Virginia Roberts — who says that, as Jeffrey Epstein’s sex slave, she was trafficked to bed Prince Andrew — there comes a masseuse claiming that in 2000, she gave a massage to the Duke of York in Buckingham Palace, and he was naked.

While not wishing to diminish in any way the genuine horror that Epstein visited on his victims, there comes a point when one has to question all these historic and frankly unprovable charges against Andrew.

Monique Giannelloni, then 35, has a £75 Coutts cheque to prove the massage took place.

Sorry, but I had home massages in those days and from my recollection of prices back then, the sum Andrew paid was about the going rate — without any ‘extras’.

For decades, Vogue’s Anna Wintour has encouraged women to buy eye-wateringly expensive clothes. Now she’s urging us to purchase less and wear outfits often. OK if, like Anna, you’re still a size 8 at 70. By middle-age, most women are lucky to get an old boob-tube around an ankle.