PLATELL’S PEOPLE: The heroes of London Bridge offer a beacon of hope amid the carnage and terror

Sometimes it is difficult to keep faith in the goodness of humanity.

Yesterday’s news bulletins told us there have been 100 fatal stabbings in Britain already this year. ITV’s ‘bear pit’ Jeremy Kyle Show has been taken off air after the suicide of one of its guests.

Our politicians — and the country — are as fractious and divided and lost as ever over Brexit.

Yet, in the midst of this unremitting misery, there is a beacon of hope. And it shines out from the very darkest of life’s theatres — the carnage of the London Bridge terror attack.

Over recent days, at the inquest, we have heard blood-chilling evidence from survivors, friends and families of the victims of the horror in which three jihadists rammed into pedestrians in a van and stabbed them remorselessly, killing eight and injuring 48, many critically.

But what’s also been so striking is the quiet and selfless heroism that’s emerged from the inquest — which until now had lain hidden in this most public of crimes.

Off-duty nurse Helen Kennett, 37, was celebrating her birthday with her mother and sister, when she saw Alexandre Pigeard, 26, lying wounded and bleeding in the street. Her immediate reaction was to dash to him. 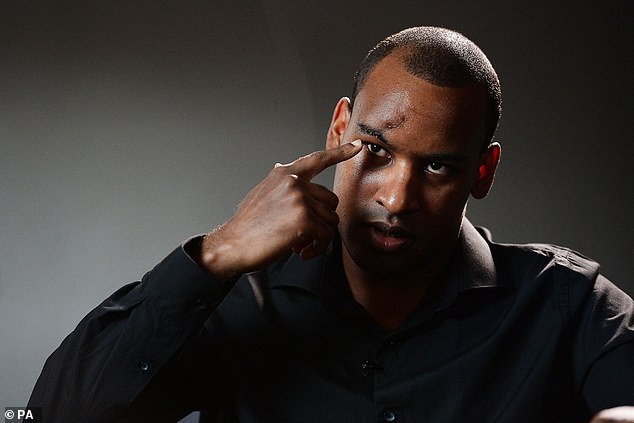 PC Wayne Marques suffered horrific injuries when he confronted the three London Bridge terrorists, who were wearing suicide vests, in June 2017 while armed only with a baton

‘Let me help you, I’m a nurse,’ she said as she cradled him. Minutes from death, he shook his head and replied: ‘No, just run.’

More from Amanda Platell for The Daily Mail…

Bleeding heavily, her only thought was to get back to her mum and sister. She wanted to reassure them, to die in the arms of her family. Thankfully she survived.

From unimaginable barbarism emerged almost saintly courage. As if these unknown heroes were there for a purpose — to triumph over evil.

Ignacio Echeverría, 39, a Spanish banker, tried to fight off the terrorists with his skateboard, enabling others to escape. He was posthumously awarded the George Medal for bravery. Australian nurse Kirsty Boden, 28 and on a night out, was stabbed to death after running to help the injured — she was given the Queen’s Commendation for Bravery.

Off-duty PC Charlie Guenigault, a British response officer, was also awarded the George Medal after running to the aid of his fellow officers. He received serious stab injuries to his head, back and stomach, yet has been able to return to work.

Helen, Ignacio, Kirsty and Charlie — and others, too — did what we all hope we would have the courage to do when faced with such evil. The barometer of decency rose on that terrible day thanks to their actions.

In a world where we often think the worst of others, their valour and selflessness should renew our faith in humankind. 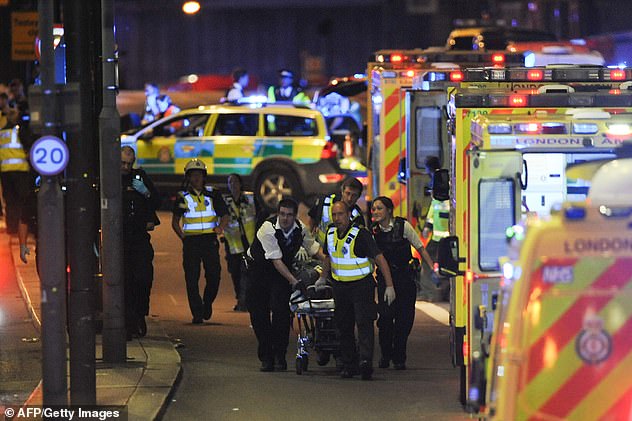 Marques was repeatedly stabbed by the ‘cold and calculating’ killers after coming to the aid of Marie Bondeville, her boyfriend Oliver Dowling and Richard Livett who were injured on the evening of June 3 2017. Above: Police come to the aid of one of the terror victims 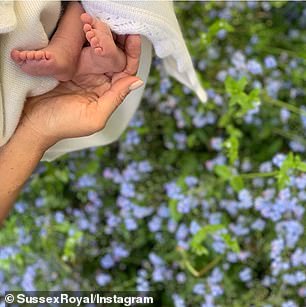 The couple shared a sweet snap showing Archie’s feet to mark Mother’s Day in the US, Australia and other countries. Diana’s favourite forget-me-nots could be seen in the background

Archie is a real secret weapon

Hurrah for Megs. She chose to celebrate Mother’s Day in her native America by posting another picture of baby Archie, lovingly stroking his feet on her and Harry’s Instagram account, sussexroyal.

It’s not yet two months since its launch, but already the couple’s account has 8 million-plus followers. Meghan must be keeping back the moment we finally get to see Archie’s face as a secret weapon — to rocket-boost the Sussex figures, ensuring they overtake William and Kate, currently with 8.8 million followers on Instagram.

No man deserves this, Ulrika

What on earth possessed Ulrika Jonsson to reveal the reason her ten-year marriage to Brian Monet failed was because they had sex only once in eight years?

She says Brian knew she was telling all, that he is a wonderful stepfather to her three children and loving father to the son they have together, visiting them all daily.

For how much longer? No man wants the world to know he didn’t want sex with his wife. It is emasculating and demeaning and the revelation is unworthy of Ulrika.

Honest: Ulrika Jonnson has revealed she had sex with her third husband Brian Monet just once in eight years (pictured in 2013)

After the rapturous reception at the world premiere of his warts-and-all biopic Rocketman, Elton John sobbed with his husband, David Furnish.

Last time I saw him so overwhelmed was when I was a young reporter covering his 1984 marriage in Sydney on Valentine’s Day, to German sound engineer Renate Blauel.

So glad that marriage turned out better for him the second time round. 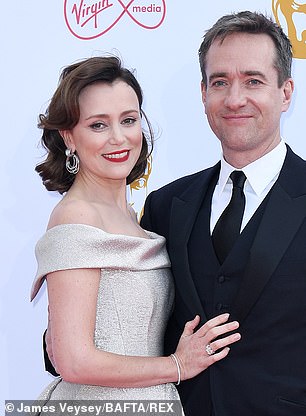 Loved-up: Keeley Hawes, 43, was a vision of beauty as she arrived with her husband Matthew Macfadyen, 44, at the Royal Festival Hall, in London for the BAFTAs TV Awards

Keeley’s consolation prize was winning the ‘must-see’ moment award when, as Home Secretary, she was blown up by an assassin and we didn’t know whether she had survived. In the gripping finale of Killing Eve, Comer’s brilliantly played psychopathic character was stabbed — and for a moment we wondered if she’d survive.

The difference was that we were all willing her to live, while with the over-hyped Bodyguard, we had all lost the will to live.

From her £8,000-a-week German spa, Victoria Beckham posts a picture of her latest beauty miracle — a £4 bottle of ‘moon water’, which works wonders on your skin. The water is so named as it has been left exposed to the full moon, giving it magic powers. Now I know why my mum had such lovely skin — our uncovered, corrugated iron outside water tank was exposed to the moon all year round. 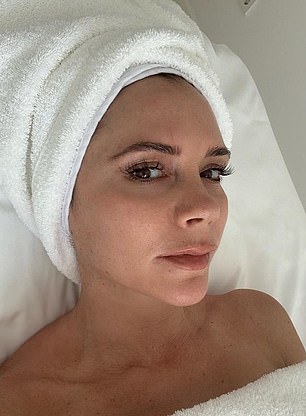 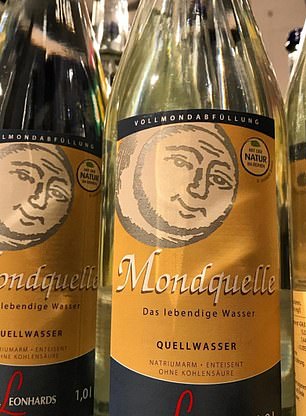 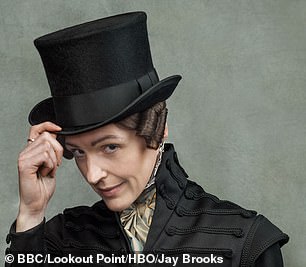 The intimacy co-ordinator for the lesbian sex scenes in new BBC drama Gentleman Jack says her advice to its star, Suranne Jones, was: ‘Give me a panting dog: ‘Huh! Huh! Huh!’ Next, a wild cat: ‘Eeh, oowah, oow.’ Then, finally, the barking wails of a seal.’

Talk about animal passion — but sadly the publicity foreplay for this drama has gone on so long, I’m exhausted already.

The Government refuses to include troops who served in The Troubles in its proposed amnesty over retrospective prosecutions — which would apply to those who fought in Afghanistan and Iraq. Yet Dr John Black, a former British soldier who served in Ulster, points out: ‘A soldier killed by a bullet was as much dead on the streets of West Belfast as a dead soldier in Afghanistan.’ 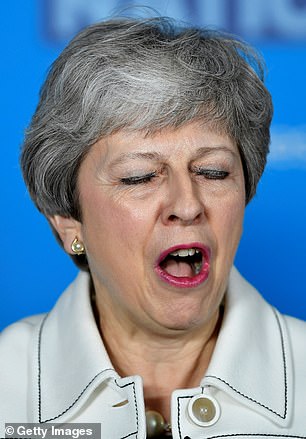 Filming of the latest James Bond movie was halted after Daniel Craig fell and damaged his tendons while performing one of his daredevil stunts, er, sprinting in a tux. Perhaps they should call the movie Octo-wussy. 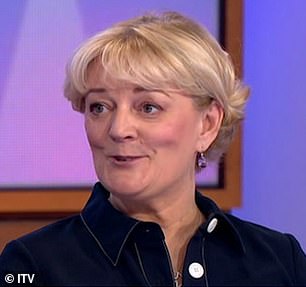 Jo Malone revealed that she ‘smelt’ out her father’s affair

Fragrant Jo Malone, creator of the most divine scents on earth, says she discovered her father’s affair when she smelt another woman’s perfume on his clothes. What a trollop. No not Jo, but her dad’s date. Any truly discreet mistress would only ever wear the cologne of her married lover’s wife — to avoid any chance of detection.