Vinicius Jr scored the only goal of the game midway through the second-half when Federico Valverde fired the ball across the face of goal, giving the Brazilian a tap-in at the back post.

Far less busy than his counterpart Courtois but ended up losing. No chance with Vinicius Junior’s decisive goal, could have done better with Benzema’s disallowed goal.

Set up Salah for an early chance and then shot high over the bar. Vital interception to deny Vinicius junior but caught napping when the Brazilian scored.

Got the nod over Joel Matip as the right-sided centre-back because of his greater pace. Dispossessed Vinicius Junior early on and also got forward well.

Calm as ever, making important interceptions when required and a reassuring presence alongside Konate. Hardly put a foot wrong, and little chance when Madrid scored. 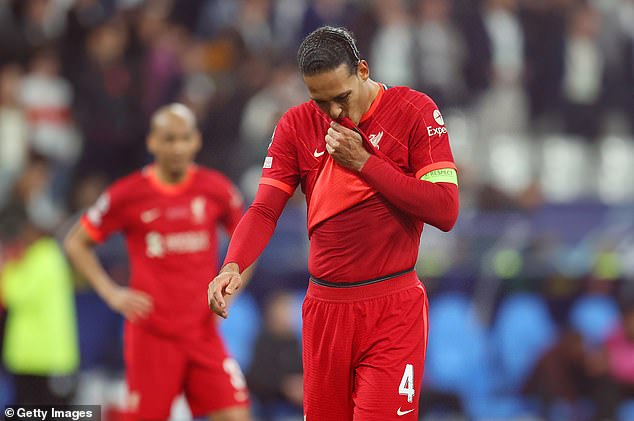 Did not get forward as much as usual in the first half, but showed more intent after the break, making more than one driving run. Disappointing

Heavily involved when Liverpool were on top. One vital interception to deny Vinicius Junior, and then volleyed wide from long range. Replaced on 77 minutes.

One long shot well over the bar, and although his heavy touch set up Benzema for the disallowed goal, it was accidental. Booked for fouling Valverde.

Doubts about his fitness before kick-off, but lasted 77 minutes. Tested Courtois with a tame shot early on, but struggled to find his usual passing accuracy. Replaced by Firmino.

Denied at least six times by Courtois, with two early shots and a header saved before the break, and then three more in the second half. So unlucky in the final again. 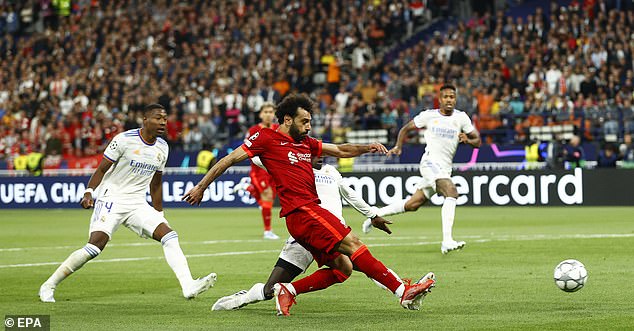 Mo Salah was a threat all night, taking nine shots, but ultimately struggled to get his revenge

Took a knock to his thigh in the early minutes but recovered to hit a goalbound shot that Courtois did well to to tip on to a post in the 21st minute. Always lively.

Had a running battle with Carvajal, who eventually got the better of the Colombian. Clearly disappointed when he was replaced by Diogo Jota in the 65th minute.

Subs: Jota for Diaz 65 Firmino for Thiago 77 Keita for Henderson 77 Jota and Firmino gave Liverpool greater urgency, but Jota was denied by Courtois and Keita shot high over with two decent late chances.

No surprises with his line-up and gameplan, which was working when Liverpool dominated the first-half, but he was outsmarted after the break. 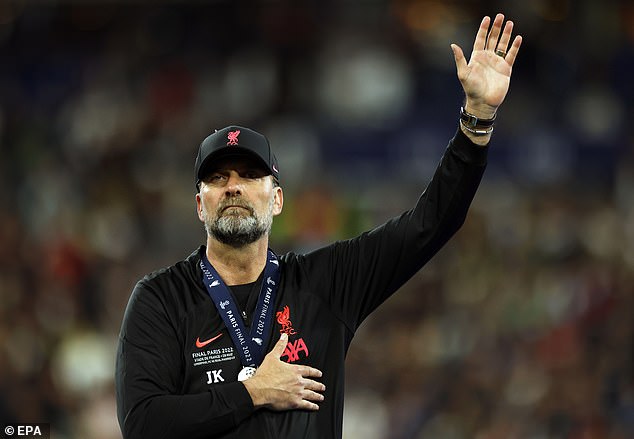 Man of the match by a mile with some brilliant saves, tipping an early Mane shot against the post, and then denying Salah an astonishing six times. Unbeatable.

Gave away the ball in the opening minutes, but won his tussle with Luis Diaz, matching the Colombian for pace and seeing him off.

Had plenty to do as Liverpool dominated the first half and made a vital block to stop Mane. More brilliant defending after the break. Solid.

Back from injury for the first time since the semi-finals. Superb pass to Benzema for the goal that was disallowed and unbeatable in defence. 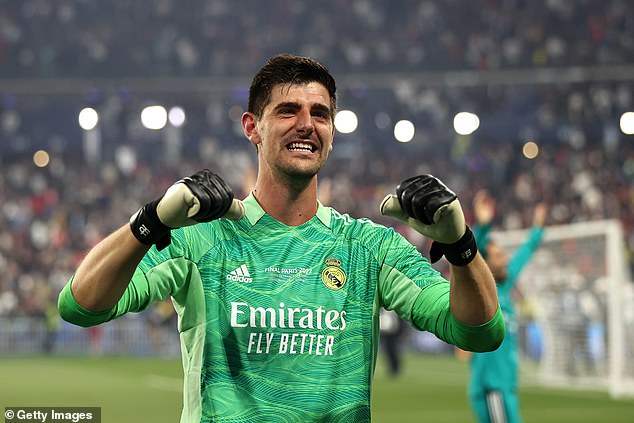 Had his work cut out against Salah, but defended well, made some vital tackles and looked composed going forward. Tidy and composed.

Barely involved in the opening period as Liverpool dominated, but began to show his class and experience with some clever passes before being replaced late on.

A game of two halves from the Brazilian, who struggled to get going in the first half, but looked a different player after the break, almost indomitable.

Looked off the pace at first, being caught in possession and giving the ball away more than once, but improved hugely after the break.

Never stopped running, and helped Carvajal out against Diaz. Set up Vinicius Junior with a driving run and low cross to the far post. Superb display. 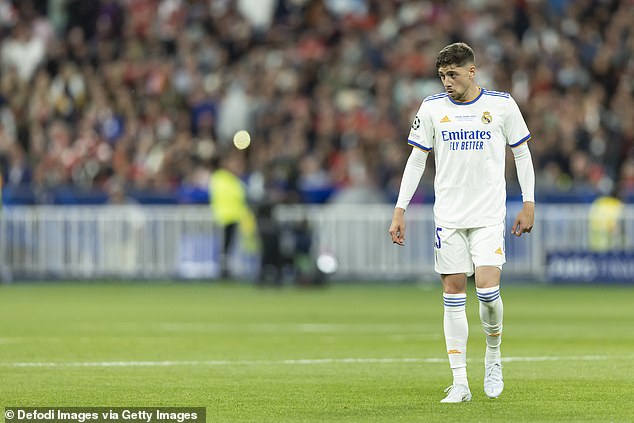 Perfect end to an amazing season, leading his side with a captain’s performance. Got the ball in the net only to be given offside after a VAR check. Kept going superbly.

The Brazilian scored the game’s only goal in the 59th minute when he lost Alexander-Arnold to sweep home Valverde’s cross pass at the back post. Always a threat.

Subs: Camvinga for Valverde 85 mins, Ceballos for Modric 90 Rodrygo for Vinicius Junior 90+2. All three subs went on to close out the game and Camavinga and Ceballos both had late chances to score.

Won European Cup twice as a player and now the Champions Leagues four times as a manager. Perfect game plan, soaking up Liverpool’s pressure and then hitting them with a sucker punch.

Got the one big call of the game right when he disallowed Karim Benzema’s first half effort for offside, a decision supported by VAR. Let the game flow. 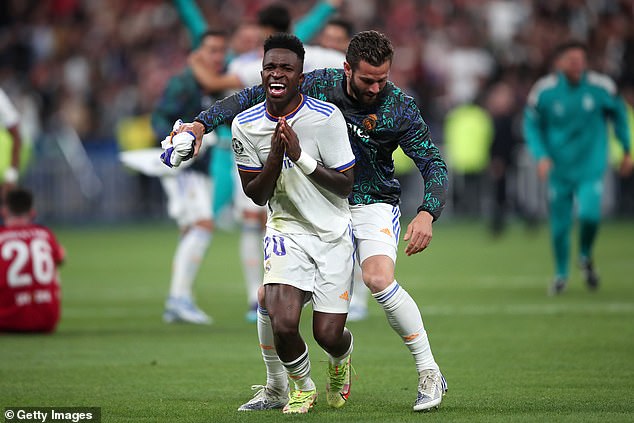