Players’ chief Daryl Mitchell says an opt-out process akin to the international game must be applied for domestic cricket amid acceptance that Covid-19 testing will not be as rigorous at county level.

Worcestershire batsman Mitchell, the chair of the Professional Cricketers’ Association, has called for game-wide understanding if individuals decide they cannot return to training in just over a fortnight ahead of a proposed August 1 re-start.

Darren Bravo, Shimron Hetmyer and Keemo Paul chose not to travel for West Indies’ three-Test series versus England here while Haris Sohail pulled out when Pakistan named their 29-man last week, all due to coronavirus concerns.

There were no withdrawals among the 55 selected for international duty by England but all were asked to make a personal choice without prejudice.

‘An opt-in process is the best option. Players need to be well-informed of all the protocols in place, they need to have all the information on how safe cricket is and then need to be able to make a decision,’ Mitchell told Sportsmail.

‘Players will need support from the PCA and also their counties if they have reservations and don’t want to come back training. There may be players with underlying health issues, players with vulnerable people living within their households, shielding for example, and there needs to be special consideration there.’

Over the weekend, England’s 30 Test hopefuls – set to go into a pre-series camp at the Ageas Bowl in the coming days – underwent nose and throat swabs.

There now appears an acceptance that their county counterparts will not receive the same level of checks. The ECB and the professional game group tasked with formulating a fixture schedule are ‘working to assumptions things will ease’ in relation to the government guidelines. 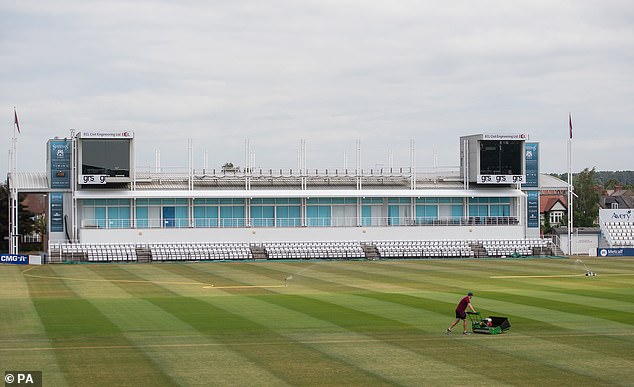 But back-tracked somewhat when he said: ‘There is an argument for that. I wouldn’t want county cricketers to be treated as second-class citizens. That’s a fact. The key thing here is information sharing, understanding the science and the medical reasons behind the need for testing.

‘The first thing is to get a start date for when we’re playing. Then, you work back from that. The first steps in the process will be back-to-training protocols, which will be identical to what the England guys have gone through over the last couple of weeks.

‘But there is a balance across everything. So much more to the protocols than just testing.

‘There is also an element of well-being in getting professional cricketers back out there, training and playing. Safety is at the forefront of everyone’s minds but I think 99.9% of players are desperate to get back out there yesterday let alone in a couple of weeks’ time.’