Three men who wanted to kill Muslims as young as one in America, and rape Islam friendly business owners, were so extreme they scared other bigots in their Kansas militia, a court heard.

Curtis Allen, 49, Gavin Wright, 49, and Patrick Eugene Stein, 47, are accused of planning to bomb a mosque in Garden City, Kansas and an apartment complex for Somali Muslim refugees in 2016.

But fellow members of the anti-government militia group, Kansas Security Forces, weren’t convinced by the plot and thought it was going to get everyone ‘thrown in jail and give militias a bad name,’ a court heard today, according to the Huffington Post.

Boyd Benson told the court he was so concerned about what he heard, he dropped out of the Kansas Security Forces a few days later. 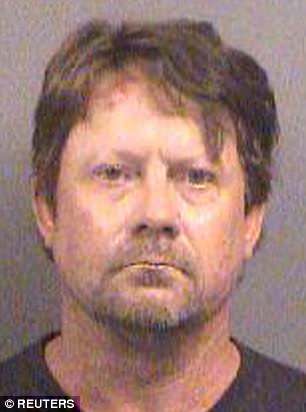 Gavin Wright, 49, (left) and Patrick Eugene Stein, 47, (right)  are accused of planning to bomb a mosque in Garden City, Kansas and an apartment complex for Somali Muslim refugees in 2016

Benson admits he’d talked about killing Muslims and hunting local imams but said that they were just ‘blowing smoke and venting.’ It was when they started talking about the explosives he’d use to target Somali Muslims in Garden City, Benson said he realized ‘it was not just talk.’

‘I had a gut feeling that what was just banter back and forth, ranting and everything else, was turning into something more serious and concrete,’ he said. He handed in his resignation a few days later, and showed the letter to the court.

Secret recordings made by an FBI informant reveal that Allen, Wright, and Stein struggled to recruit any other members to join their scheme.

KSF member Trish Burch, who held a meeting at her home, was ‘totally against’ the plan to bomb Somali Muslims, according to informant Dan Day.

‘It got tense in the room,’ Day said, adding that Burch seemed scared of Stein.

‘I’m not saying [Muslims are] good people,’ Burch said in one of the recordings played for the court. ‘I’m saying I’m not going to be the one to go in and start shooting… If they start coming at me, my family, then I’m right there. I’m more of a defensive person.’ 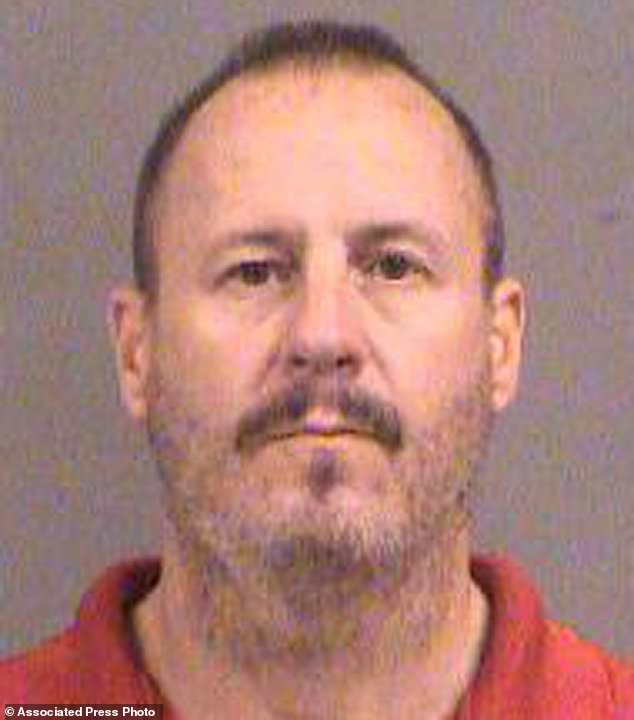 The recording revealed the depraved lengths the trio were willing to go to, to destroy the Muslim community in America.

‘When we go on operations, there’s no leaving anyone behind, even if it’s a one-year-old. I’m serious,’ Stein was heard to say. ‘I guarantee if I go on a mission, those little f****** are going bye-bye.’

The men also discussed killing a landlord who owned a building occupied by Muslims and raping the landlord’s wife and daughter as a message to stop other landlords renting to people of Islamic faith.

They also discussed their hopes that the bombing would inspire further attacks on Muslims and could even trigger ‘the Crusades 2.0.’ They also planned to publish a ‘manifesto’ after the bombing, similar to the Unabomber’s, the court heard.

Informant Day told jurors that Patrick Stein called him a couple of days after the Florida Pulse nightclub attack in which a man who had pledged allegiance to the Islamic State group killed 49 people.

He said Stein told him he was ‘ready to take action’ against Muslims and wanted to see who else in the militia group was with him and who wasn’t.

‘They were outraged that a Muslim was killing all these Americans,’ Day said. ‘I was outraged too.’ 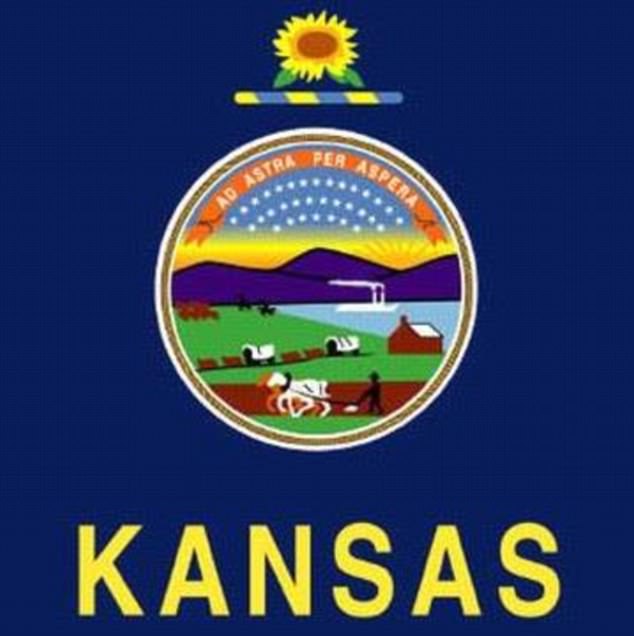 The men were members of the Kansas Security Force militia force

As a precaution in case they were being monitored by law enforcement, Stein held the first recruitment meeting in a shack on the property of another member of the Kansas Security Force, Day said. That June 2016 meeting was the first one Day recorded as an FBI informant.

Day, who was given the code name ‘Minuteman’ by his FBI handlers, said that as he and Stein drove to that meeting, he worried that others might know he was working with the FBI and that his life could be in danger because there was nobody nearby who could help him.

Prosecutors say that over the next five months, Day gave the FBI secret recordings of other meetings and conversations in which a plot formed to bomb a mosque and an apartment complex where Somali immigrants lived in the meatpacking community of Garden City, which is about 340 miles west of Kansas City. They say the defendants planned to carry out the attack right after the 2016 presidential election and hoped it would inspire attacks on Muslims throughout the country.

Stein and two other militia members, Gavin Wright and Curtis Allen, were arrested in October 2016. They have pleaded not guilty to charges of conspiracy to use a weapon of mass destruction and conspiracy against civil rights. Stein also faces two additional weapons-related charges and Wright faces a charge of lying to the FBI.

Day testified that Stein and Allen held two more meetings to try to recruit other members to their plot. He said that in other meetings, the group downloaded bomb-making instructions from the Internet and discussed writing a manifesto in the hopes of inspiring other Americans to join their cause.

He said Stein called himself ‘Orkin man’ – a reference to the pest control chain – because he wanted to exterminate the Somalis, whom he referred to as ‘cockroaches.’ And he said the group called their plans ‘Crusades 2.0,’ because Stein likened them to a new Christian holy war.

Day recounted one recruitment meeting in the living room of a militia member’s house in Lakin, Kansas, during which the homeowner, Trish Burch, adamantly refused to join them, arguing that militias are only for defensive actions.

Prosecutors played a recording for jurors in which Stein could be heard saying ‘better not be a f**king word said nowhere by nobody.’ Day said he understood that to mean the lives of the two people who had refused to join would be in danger if they talked to anybody. Those who did not join them were not given any details of the plot.