Rebels in retreat! Plot to delay Brexit may be halted to allow Theresa May even more time to negotiate with the EU

By Jason Groves, Political Editor For The Daily Mail

A fresh bid to delay Brexit next week could be postponed to give Theresa May yet more time to negotiate, it emerged last night.

Sources involved in the cross-party push to extend Article 50 said they may abandon plans to force a fresh vote next week because of ‘cold feet’ among potential Tory rebels.

Last month a Commons bid led by Labour’s Yvette Cooper and Tory Nick Boles to force the Government to delay Brexit until the end of the year was defeated by 23 votes.

Supporters believe the move is essential to prevent a No Deal Brexit next month.

But, with the initiative needing at least a dozen more Tory MPs to switch sides in order to succeed, they fear that Mrs May’s success in persuading Brussels to reopen negotiations could lead to a damaging second defeat. Miss Cooper and Mr Boles, along with Labour’s Hilary Benn and Jack Dromey and Tories Sir Oliver Letwin and Dame Caroline Spelman, are expected to publish new proposals to delay Article 50 next week. But sources suggested they may not force a vote on February 14 for fear of losing.

Commons business has been cleared on that day to allow MPs to debate the way forward over Brexit. With potential Tory rebels pushing for Mrs May to be given more breathing space, the vote could now be delayed until the end of the month. One source within the group said: ‘There is a complete commitment to doing everything possible to avoid a No Deal next month. The question is – when is the best time to strike? Some Conservatives want to give the Prime Minister a little more time. It’s a decision for next week, but there is no point putting it to a vote if we know we cannot win.’

Tory whips will launch a massive push next week designed to prevent Conservative MPs, including a string of wavering ministers, from swapping sides. Chancellor Philip Hammond, who is known to be opposed to a No Deal Brexit, urged people to ‘hold their nerve’.

A senior Tory source warned that a Commons vote to delay Brexit would leave the PM to negotiate ‘with one hand tied behind her back’. 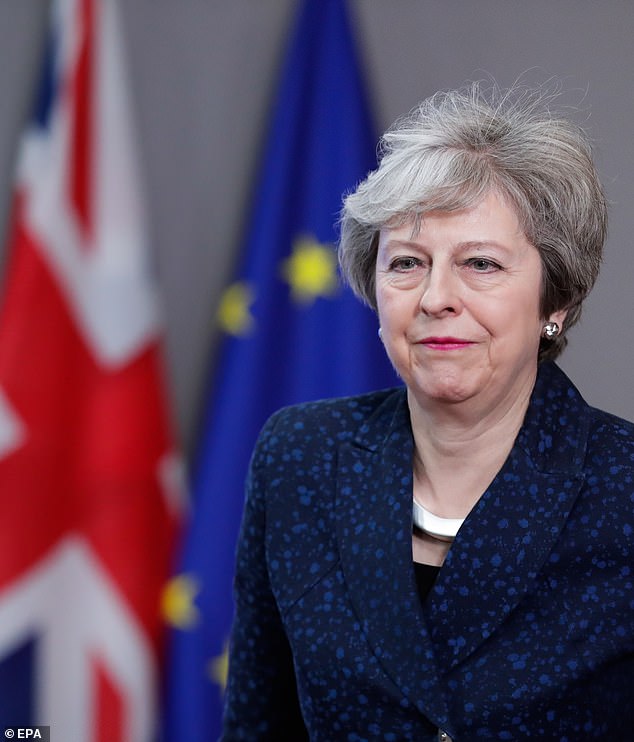 The development came as Mrs May flew to Dublin for Brexit talks with Leo Varadkar, despite the Irish PM warning he was not prepared to negotiate.

Former cabinet secretary Gus O’Donnell called for Article 50 to be extended, saying it would be ‘irresponsible’ to press ahead with a No Deal Brexit the UK was not prepared for.

The PM prepared to offer further talks with Labour leader Jeremy Corbyn in the coming days, despite ruling out his call for a permanent customs union.

Mr Boles warned Mrs May she could only get a deal through Parliament if she pursued a super-soft Brexit that could win the support of Labour.

Mrs May won agreement to reopen the Brexit talks this week following a series of frosty meetings with EU leaders in Brussels. Brexit Secretary Steve Barclay will fly to Strasbourg on Monday to begin negotiations with Michel Barnier on a possible compromise to overcome Tory objections to the controversial Irish backstop.

Mr Barnier said he was ‘looking forward’ to the meeting but restated the EU’s position that the Brexit Withdrawal Agreement cannot be reopened. The EU negotiator said: ‘I will listen to how the UK sees the way through.’ Mr Boles yesterday suggested he and other Tory moderates could eventually join forces with Labour to push through a Norway-style soft Brexit if talks fail, in order to prevent a No Deal Brexit.

Mr Boles said: ‘The PM has a choice. She can try and change the Withdrawal Agreement to get hardliners from the European Research Group on board. Or she can change the Political Declaration to get soft Brexiteers on board. It’s pretty obvious which one is more likely to lead to a deal.’ 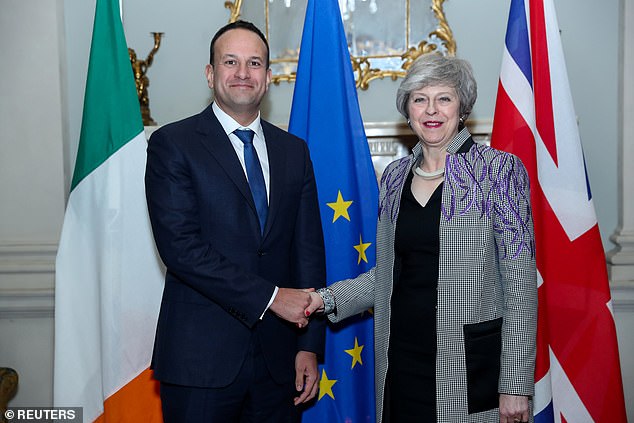