The first morning, I woke up wishing I could have boiled eggs, but instead I was greeted with lumpy porridge. The oats were mixed with water as I hadn’t bought milk.

In an attempt to make it better, I added jam. This made it worse and ended up with clumps of jam. I had a pear straight after breakfast to try and improve the disappointment of my first budget breakfast.

For lunch I tried out the soup I had made for 54p. The soup was 100 times better than the breakfast, coupled with the three slices of bread it almost felt like the week would be bearable.

For dinner I had pasta with kidney beans, mozzarella, onion, tomatoes and a chicken burger (no bun).

The chicken burger had a very low meat percentage, and this made me feel very cautious when eating it. For someone who normally eats Quorn, it was quite traumatic.

Lunch was the same as yesterday’s dinner, and already the day had become a sad food day.

Dinner was yesterday’s lunch, you know where I’m going.

In a desperate bid to cheer myself up, I ditched the porridge and had two pieces of toast with jam. It slightly brightened my mood, but I knew that I would have a week where everything was repetitive. 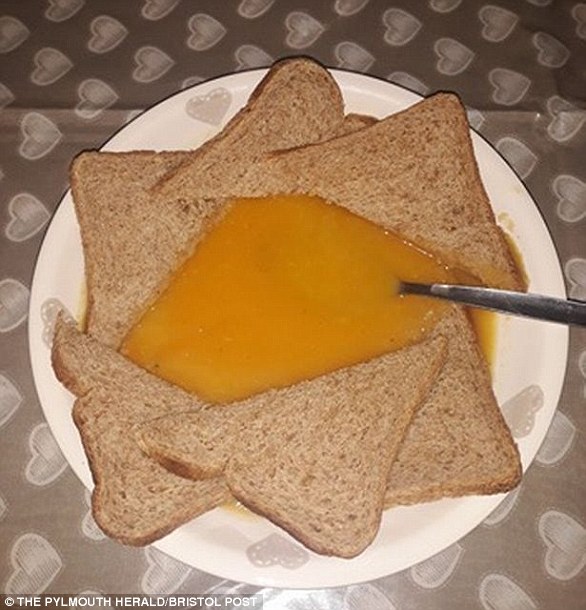 Lunch was soup with a pear. I was beginning to become fond of pears as it was something that I didn’t have to prepare and was relatively sweet.

Dinner was basically like eating a tin of spaghetti in tomato sauce and adding a chicken burger in a desperate attempt to make it more interesting.

Porridge and toast. Even though I really disliked eating the lumpy porridge, I felt like if I avoided it, I wasn’t properly participating in the challenge.

At this point I knew it was possible, but it just wasn’t enjoyable.

For lunch I really did find a way to avoid soup and pasta!

I had two jacket potatoes stuffed with mozzarella and tomatoes. Whilst it really didn’t look appetising, it tasted like it was from a Michelin star restaurant. That may seem like an exaggeration but that is how it seemed.

Pasta with onion, passata, kidney beans and a chicken burger…again. I should mention, I forgot to take this to work and ended up eating it at 10.30pm.

I decided to use my daily bread allowance (three pieces) all for breakfast.

Because I used all the bread, I had to have soup on its own. I added a pear because as you know, I’d grown quite fond of them. 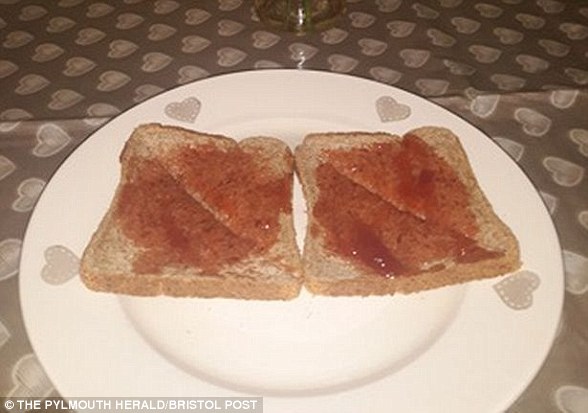 Ms Timms had to ration herself to three slices of bread a day, some of which were topped with jam as a treat

The worst dinner of them all. Toast with tinned sardines.

I don’t know if it was the smell or the way they looked, but I didn’t even attempt to eat it. It slid straight into the bin and I went hungry.

More bread. For breakfast was a jam sandwich – how many different meals can you get out of bread?

Lunch was the dreaded spaghetti with tomato sauce. I thought that for someone who loved pasta you couldn’t ever hate it. But today I wanted to ban it forever.

The excitement was kicking in that the challenge was almost over, so I decided to start the day on a high.

So lunch was just as disappointing as most of the week, but I didn’t care. More pasta, but I was almost near the end.

Dinner was the most difficult of the whole week, because not only was it the last meal, but I had to turn down a roast dinner.

I had completed the challenge.