Boris Johnson spoke to Donald Trump on the day an intelligence whistleblower urgently complained about an alleged ‘promise’ the President had made to a mystery world leader, it has emerged.

Trump’s interaction with the as yet unnamed foreign leader included an assurance that was considered so troubling that it prompted the official to file a complaint to the inspector general for the intelligence community, two former U.S. officials familiar with the matter told the Washington Post.

On the morning of the day that the complaint was submitted, Trump spoke to Johnson over the phone. It is not clear if that call was the subject of the complaint.

The White House press spokesman said the pair discussed ‘a wide range of issues including trade and global security.’

The following day, it emerged the US had promised a fast-track trade deal with the UK post-Brexit. 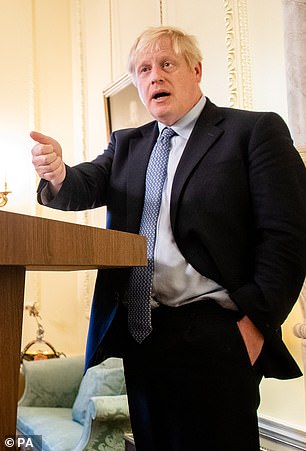 Trump’s then National Security Adviser, John Bolton, told Downing Street, the White House would wait until after Brexit before pressing the UK to back US foreign policy matters including the Iran nuclear deal and Huawei’s involvement in 5G infrastructure.

London had flown closer to the EU than the US on both issues, attempting to salvage the Iran deal Trump trounced as ‘the worst in history,’ and considering Huawei for 5G contracts despite warnings from the CIA.

The whistleblower’s complaint is at the heart of a legal battle between the Trump administration and Congressional Democrats is about communications between the President and a foreign leader, the Post claim.

The whistleblower complaint was first submitted on August 12 to Intelligence Community Inspector General (ICIG) Michael Atkinson, according to Schiff.

On August 26, the ICIG deemed the complaint ‘not only credible, but urgent’ and forwarded it to DNI Maguire, according to Schiff.

However, Schiff says Maguire failed to transmit the complaint to Congress by September 2 as the law requires.

In a September 10 letter to the Office of the Director of National Intelligence, Schiff demanded the document, and implied that it was being concealed at the direction of the White House to avoid making administration officials look bad.

‘The Committee’s recent experience has heightened concern of improper White House efforts to influence your office and the Intelligence Community,’ Schiff wrote in the September 10 letter. 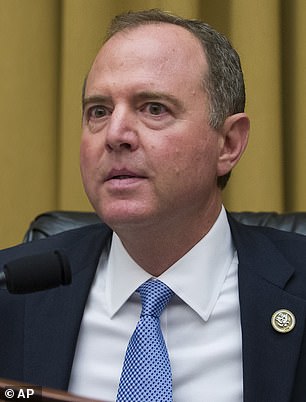 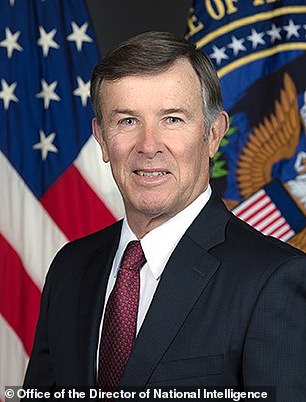 But Maguire refused, saying that the complaint involves confidential and potentially privileged communications, according to Schiff.

Schiff said that Macguire further argued that the complaint was about someone who was not within the intelligence community, and that the whistleblower statute thus did not apply.

On September 13, Schiff issued a subpoena demanding a copy of the complaint, giving a September 17 deadline.

Maguire refused to respond to the subpoena, triggering Schiff to call a hearing on the matter for Thursday.

Maguire is expected to testify before an open session of the the House Intelligence Committee at 9am on Thursday, Schiff said.

Schiff says the committee will ‘do everything necessary’ to get the complaint.

‘The ICIG determined that this complaint is both credible and urgent, and that it should be transmitted to Congress under the clear letter of the law. The Committee places the highest importance on the protection of whistleblowers and their complaints to Congress,’ Schiff said in a statement on Wednesday.