PM jogs in a suit shirt at Tory conference, before table tennis and baking

Forgotten your gym kit, Boris? PM warms up for Tory conference by jogging in a suit shirt and shorts… then reveals he wants to be a contestant on Great British Bake Off after trying his hand at cooking on youth centre visit with Priti Patel

Boris Johnson warmed up for Tory conference with a jog this morning, but appeared to have forgotten to pack his kit.

The PM was photographed running near the venue in Manchester in a suit shirt and shorts with black socks.

He was also wearing black shoes that looked suspiciously formal – although aides insisted they were in fact trainers.

Mr Johnson had another workout later as he visited a youth centre in the city alongside Home Secretary Priti Patel.

The pair tried their hand at some table tennis – which Mr Johnson likes to refer to as ‘Wiff Waff’ – before he donned boxing gloves and landed some blows on a punchbag.

And Mr Johnson revealed he would like to be a contestant on the Great British Bake Off after they helped out with some cooking.

Boris Johnson was photographed running near the Tory conference venue in Manchester this morning in a suit shirt and shorts with black socks. 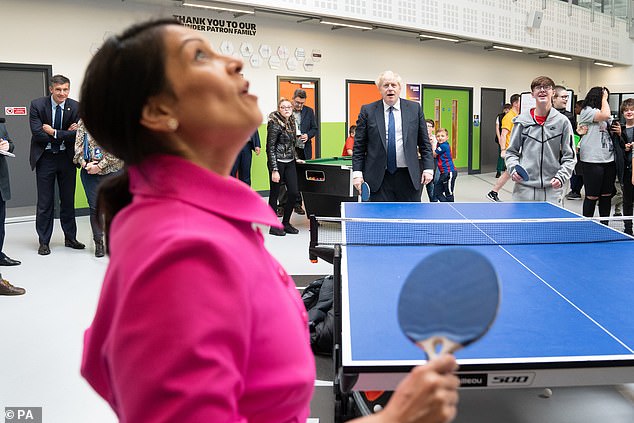 On a visit to a youth centre in Manchester later, Mr Johnson and Priti Patel tried their hand at some table tennis 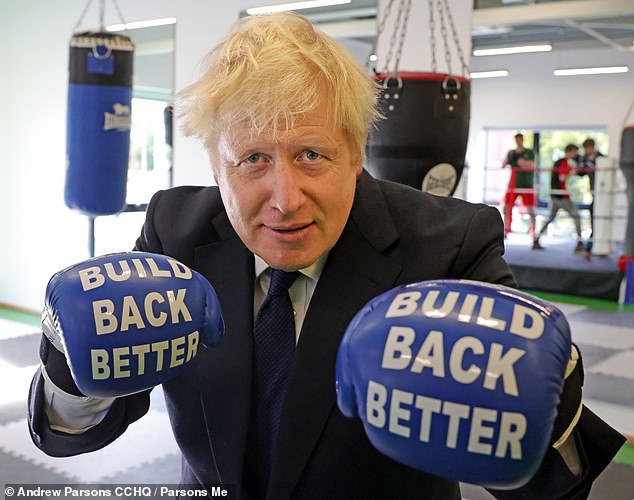 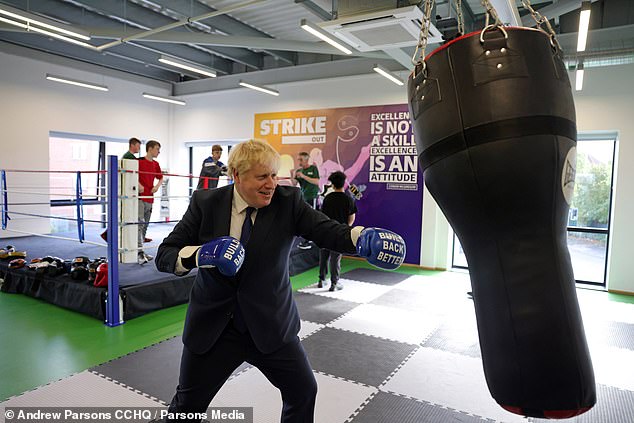 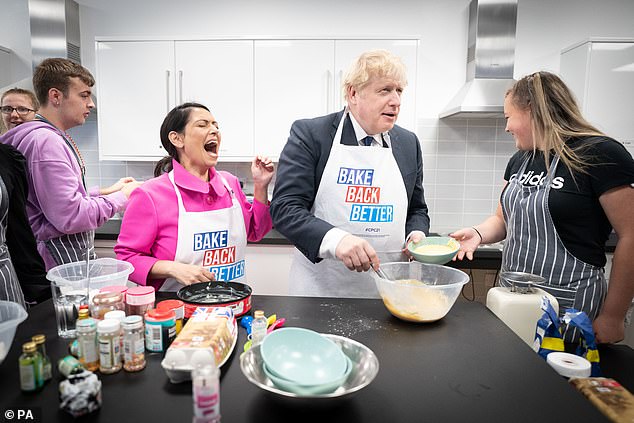 The Conservative Party leader played a competitive game of table tennis with children and staff at HideOut Youth Zone, at one point taking on Ms Patel in a doubles rally.

The PM was heard describing his young partner as ‘ruthless’ after the boy stung a shot past their opponents and into a bank of photographers capturing the action.

Mr Johnson also showed off his artistic skills as he drew and coloured in a bee, one of the symbols of the city of Manchester – where the autumn Tory Party conference is taking place.

In an activity-packed visit, Mr Johnson – wearing an apron with ‘Bake Back Better’ emblazoned on it – then helped whisk together ingredients for a sponge cake, before icing one that had already been baked.

Asked whether he would like to be a contestant on Channel 4’s The Great British Bake Off, the Prime Minister replied: ‘I wish. I would love to do that.

‘I don’t think they have ever invited me.’

He admitted it was ‘a long time’ since he had helped with any household baking but revealed his favourite sweet treat is a Bakewell tart.

‘I think that’s just about my favourite,’ Mr Johnson said, as he recalled how his grandmother used to bake them.

He added: ‘If I was on death row I think I would have steak and chips followed by a Bakewell tart.’ 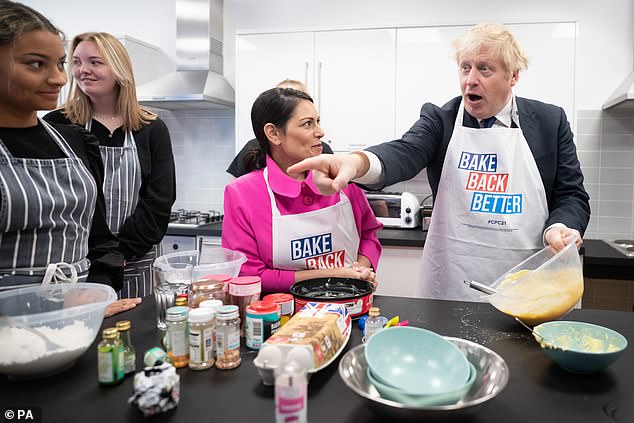