Australia opted for a suppression strategy of lockdowns and strict social distancing measures to combat the global pandemic which have been successful in flattening the curve and has recorded far fewer deaths than most other nations.

The prime minister remains emphatically opposed to the herd immunity approach, which he described as a death sentence.

He has no doubt the death toll would have been in the ‘thousands, if not tens of thousands’ had strict social distancing measures not been enforced by the government earlier on in the outbreak.

Australia’s death toll would be in the tens of thousands if social distancing wasn’t enforced, according to Scott Morrison. Pictured are Queenslanders congregating in Burleigh heads after lockdown restrictions were eased due to Australia’a success in flattening infection rates

‘And even with all the death and devastation we’ve seen in all of those countries, they’re nowhere near herd immunity.

‘So the idea that that is some sort of path that you can go down, that is a death sentence and that is not something that Australia has ever contemplated.’ 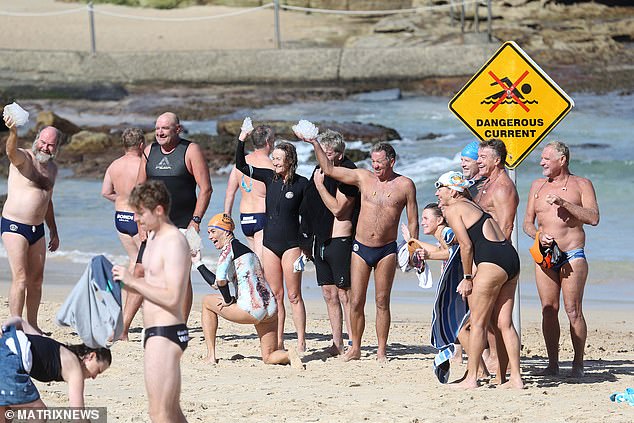 Australian remains opposed to the herd immunity strategy implemented by other nations. Pictured are Sydneysiders at a reopened Bondi Beach after a five week closure

Australia has recorded 6,856 cases and 97 deaths since the outbreak first hit shores three months ago.

In comparison, Sweden, which has a similar population, has 23,000 confirmed infections and 2,800 deaths.

The pandemic has claimed more than 70,000 lives in the United States while the death toll in the UK and Italy is approaching 30,000.

During the 20 minute radio interview, Mr Morrison also vowed to continue  campaigning for a worldwide inquiry into how coronavirus began.

‘These are important questions, and I don’t intend to back off from asking them,’  Mr Morrison said.

‘I’ve written to all the G20 leaders and asked that this be done.

‘On what we’ve seen the most likely outcome was the transfer from an animal to a human, these things can happen.

‘We need to protect public health because a quarter of a million people are dead.

‘We can’t have this happen again.’ 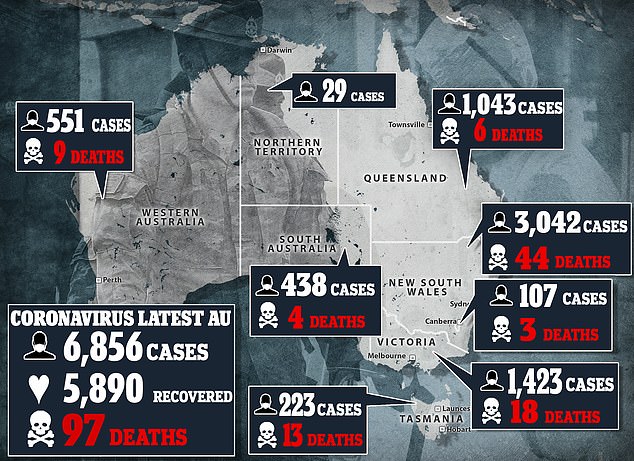 Australia has recorded 97 deaths, compared to Sweden’s 2800, which has a similar population