PM stands up for free market and against raising taxes

Theresa May will today set out a staunch defence of capitalism and the free market.

At a speech to the Bank of England, the Prime Minister will describe the free market economy as the ‘greatest agent of collective human progress ever created’.

In sharp contrast to Jeremy Corbyn’s socialist rhetoric at the Labour conference yesterday, she will say an open market has helped raise the living standards of everyone in Britain.

And she will warn against sharp increases in public spending, saying Labour’s prescription of higher borrowing and higher taxes will harm the economy.

At a speech to the Bank of England, the Prime Minister will describe the free market economy as the ‘greatest agent of collective human progress ever created’

Mrs May’s speech brings her back to the Bank of England where she began her professional life in 1977.

The speech is taking place to mark the 20th anniversary of Gordon Brown’s decision to grant independence to the Bank of England – stripping away the Chancellor’s power to set interest rates.

In her speech the Prime Minister will talk about the value and potential of an open, innovative, free market economy which operates within the right regulatory framework.

‘A free market economy, operating under the right rules and regulations, is the greatest agent of collective human progress ever created,’ she will say.

‘It was the new combination which led societies out of darkness and stagnation and into the light of the modern age. It is unquestionably the best, and indeed the only sustainable, means of increasing the living standards of everyone in a country. 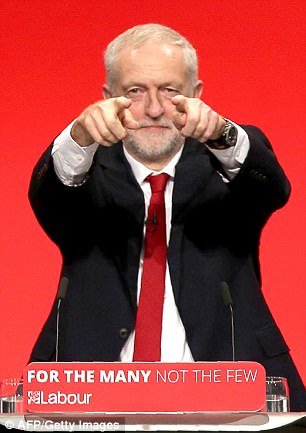 ‘And we should never forget that raising the living standards, and protecting the jobs, of ordinary working people is the central aim of all economic policy. Helping each generation to live longer, fuller, more secure lives than the one which went before them. Not serving an abstract doctrine or an ideological concept – but serving the real interests of the British people.’ The Prime Minister will speak about the need to have a ‘balanced’ approach to public spending.

‘That means continuing to deal with our debts, so that our economy can remain strong and we can protect people’s jobs,’ she will say.

‘At the same time, it means investing in our vital public services, like schools and hospitals, which our successful management of the economy has made possible.

‘To abandon that balanced approach with unfunded borrowing and significantly higher levels of taxation would damage our economy, threaten jobs, and hurt working people.

‘Ultimately, that would mean less money for the public services we all rely on.’ The speech will also discuss how the nature of central banking has changed over the past 30 years with its new defining characteristics being ‘openness and transparency’.

Mrs May’s words are very different from those in Mr Corbyn’s speech yesterday.

Instead of praising the free market, he pledged a new ‘21st century socialism’ paid for by high taxes for big business. He also outlined interventionist policies on rent controls and curbs on regeneration projects.

The Prime Minister started working at the Bank of England in 1977 just after graduating from Oxford University.

She stayed for six years, before taking up a role as a financial consultant.