The company, best known for its vacuum cleaners , is moving its headquarters out of the UK and to Singapore (file pic of James Dyson)

She accused the vacuum cleaner tycoon of transferring his operations to take advantage of Singapore’s trade deal with the EU.

Fury is growing over the shock move with critics accusing Sir James – who was one of Brexit’s most vocal backers – of ‘rank hypocrisy’.

There are signs of a business exodus over Brexit as Sony announced it is moving its HQ out of the UK and P&O ferries re-registering ships under the Cyprus fag.

Ms Perry told the BBC’s Politics Live: ‘I think the optics are terrible. This was one of the great poster children the Brexiteers trot out…

‘The problem I have with it is.. when HQs move you generally move the intellectual property, the R&D focus of the company.

‘And it’s quite clear they are moving to Singapore because they are taking advantage of the trade deal Singapore has with the EU, and also one of the fastest growing markets is of course electric vehicles in the Far East.

‘It’s not a disaster, it’s not great. I’m disappointed to see them go.’

Ferry giant P&O has been based in Britain since the 1820s, but company bosses said it will be re-flagged so it can still benefit from EU tax arrangements.

While Sony announced it is shifting its European headquarters from Britain to the Netherlands to avoid Brexit-related customs issues.

It comes after billionaire Brexit-backing vacuum tycoon Sir James Dyson sparked fury by announcing he is relocating his HQ to Singapore.

A P&O spokesman said: ‘In advance of Britain leaving the European Union on March 29 2019, we undertook a review of the flag status of our ships on the English Channel. 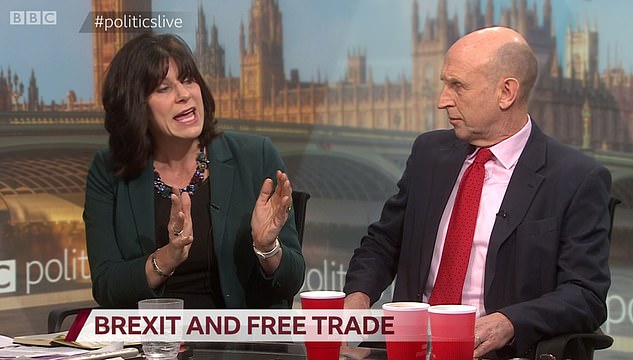 ‘For operational and accounting reasons, we have concluded that the best course of action is to reflag all ships to be under the Cyprus flag.’

He said the Cyprus flag is on the ‘white list’ of both the Paris and Tokyo Memoranda of Understanding.

He added: ‘We have no plans to make any other changes, including the terms and conditions of any of our seafarers, as a result of the new arrangements.’

The union claims the firm’s ‘long-term aim has always been to switch the UK fleet to a tax haven register’. 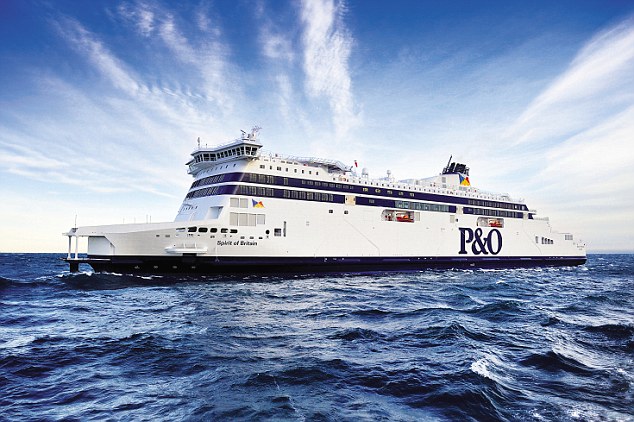 British ferry giant P&O will re-register its ships under the Cyprus flag to avoid extra checks after Brexit (pictured, a P&O ship)

All commercial ships have to be registered, or flagged, with a country partly to comply with safety and environmental regulations.

It could be a blow to the Government’s attempts to buy up ship space to ensure vital goods – like drugs and medical equipment – can get to Britain if there is a no deal Brexit.

The announcement came just hours after Dyson declared that it is moving its headquarters to Singapore.

The vacuum cleaner firm insisted the decision has nothing to do with Brexit or trying to take advantage of lower taxes.

Instead they said that the electronics firm wants to be nearer the expanding Asian markets.

But the decision was blasted by campaigners and MPs, who accused Sir James of ‘staggering hypocrisy’.

Lib Dem MP Layla Moran blasted the move, saying: ‘James Dyson can say whatever he wants but he is ditching Britain.

‘This can only be seen is a vote of no confidence in the idea of Brexit Britain.’