‘The feeling has changed quickly’: Mauricio Pochettino fears West Ham defeat has killed Tottenham’s spirit ahead of semi-final against Ajax

By Derek Hunter For The Mail On Sunday

Mauricio Pochettino has urged his weary stars to ‘be strong’ but fears Saturday’s 1-0 defeat by West Ham may have drained the spirit from Tottenham ahead of their Champions League semi-final showdown with Ajax.

Michail Antonio scored the only goal, earning him the honour of becoming the first opposition player to find the net at the new Tottenham Hotspur Stadium, which also put a spoke in Spurs’ hopes for a top-four finish.

Pochettino is clearly concerned that the defeat — the first at their new home — has badly changed the mood at the club just a few days before the biggest match of their season, at home to Ajax on Tuesday.

‘I’m disappointed because it’s a setback,’ he said. ‘We wanted to win the three points to be in a good position and arrive in the Champions League game in a very good mood and good way.

‘The feeling for everyone has changed quickly. After the win here against Brighton on Tuesday, everyone had a very good feeling – that we are having a fantastic season and we are going to arrive in our best condition – but after our defeat today it’s like we will arrive the complete opposite.’

Spurs are still in pole position to finish in third place in the league despite looking second best against a vibrant West Ham. 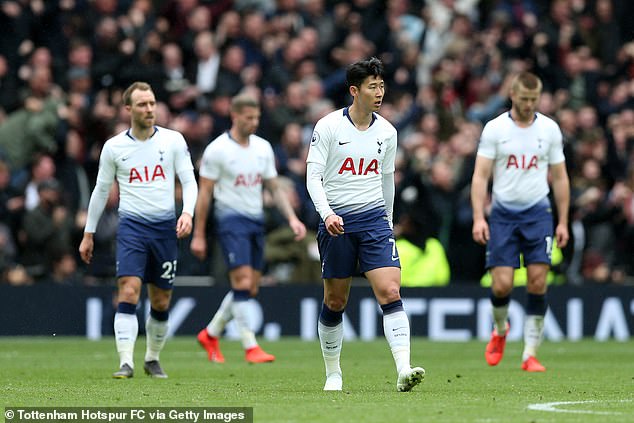 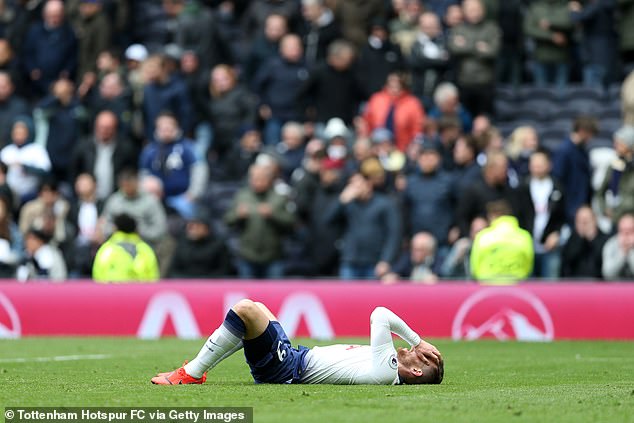 Pochettino denied his players’ minds were focused on Tuesday’s Champions League semi-final first leg and instead commended his team for their effort.

‘We cannot say now that the players were thinking about Tuesday,’ he said. ‘When the stress arrives, the fatigue arrives — that is our reality.

‘We are a very competitive team when we are with full energy, but of course the stress and the fatigue arrives. There is nothing to say because the effort is there and it’s fantastic.’

Pochettino reported that Harry Winks would not be available for the first leg because of a groin injury and Moussa Sissoko, also carrying a groin problem, would have to be assessed.

Once again he could not resist a swipe at his team’s hectic fixture schedule. Ajax, in contrast, have been given this weekend off by Dutch football authorities to prepare for this week’s trip to London. 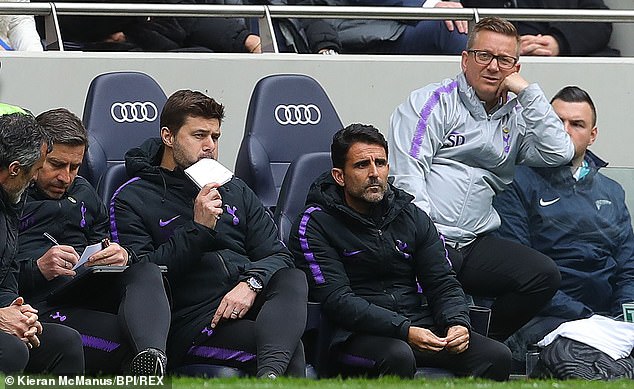 ‘I’m disappointed but we need to move on. We need to assess the players and we’ll see. I hope we can recover some players and now it’s about recovery until Tuesday.

‘It’s up to us to manage the situation, make sure they rest and are ready to compete on Tuesday.’