Pochettino not buoyed by Barcelona changes for Champions League clash

Tottenham boss Mauricio Pochettino is not going to pay too much attention to Barcelona’s teamsheet ahead of their do-or-die Champions League game at the Nou Camp.

Spurs have to match Inter Milan’s result against PSV Eindhoven – no mean feat considering Barca have Group B wrapped up.

Their eyebrows might have been raised after Ernesto Valverde said the Spanish champions would make changes and also revealed Luis Suarez would not feature.

Lionel Messi is expected to play however, meaning Spurs must find a way of stopping the man who ran riot at Wembley, scoring two goals in October’s reverse fixture.

Even if some of their top guns do not play, Pochettino does not think his side’s task will get any easier.

‘You play for not only winning games but for something special. Like us, when we play we are Tottenham and it is not important the name. 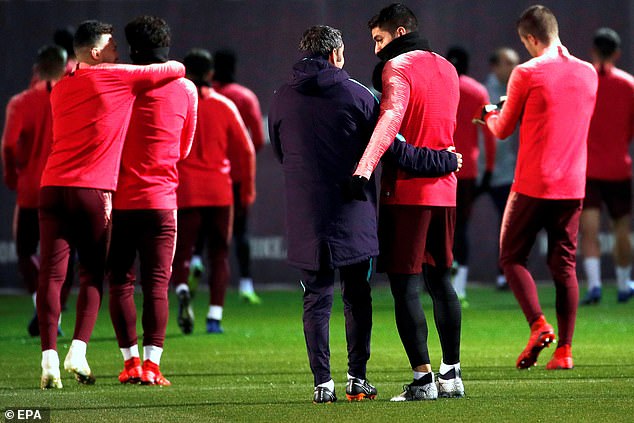 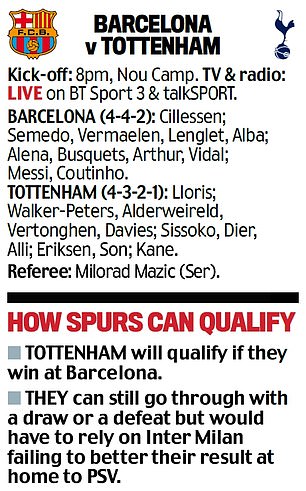 ‘When you play Barcelona, you know very well the quality is amazing, of course different names have different qualities to add to the team but they are going to be strong, to try and beat us for different reasons – that is not my business.

‘Valverde is going to decide the best for the team. If they play one or another, for us the motivation should be the same, the approach and thinking about delivering the best result and be trying to be close to win.

‘That is the best way to approach the game.’

Pochettino knows qualifying for the knockout phases of the Champions League at Barcelona will be ‘special’ but not because of his connections across the city.

Pochettino, who spent 12 years as a player and manager at Barcelona’s city rivals Espanyol, believes getting over the line would be a great achievement, given they amassed just one point from their opening three group games. 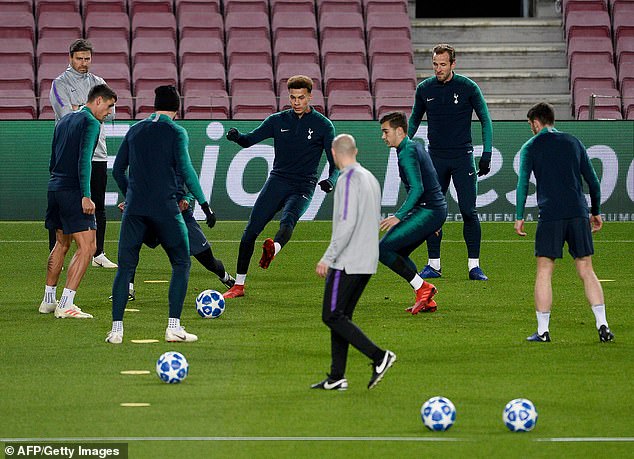 The Spaniard endured some painful viewing at the weekend as Barcelona romped to a 4-0 win in the Catalan derby against his old side and he knows what to expect.

‘It’s going to be special in case we qualify,’ he said. ‘To qualify would be special, only because of Tottenham not for having been at Espanyol or being an Espanyol fan.

‘I’ve seen highlights of the derby. I know Barcelona very well. I know what they’re capable of doing. They’re not going to surprise us.

‘If we want to deserve it we need to win against one of the best teams in the world in a huge stadium.

‘If Inter get more points it’s because we don’t deserve to be in the next round. But we have the possibility to qualify in our own hands. Everything depends on us.’