A pocket watch carried by a drowned passenger of the Titanic sold at auction this week for a staggering sum.

According to the New York Post, the silver, three-inch Swiss timepiece was once owned by Sinai Kantor, who traveled aboard the Titanic in April of 1912 with his wife Miriam.

It was still in his pocket when the ship went down and he died over a century ago, but was later recovered — and has now been purchased for $57,500.

Big money: A pocket watch carried by Sinai Kantor, who died aboard the Titanic, sold for $57,500 at auction

The antique watch features Hebrew numbers on the face, and an image of Moses holding the Ten Commandments on back. 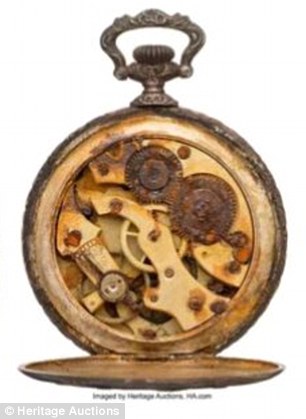 Keepsake: Kantor was 34 when he drowned. After his body was recovered, his wife Miriam kept the timepiece

While visually interesting, it’s the timepiece’s history that makes it truly unique.

Kantor was carrying the watch in the pocket of his green suit pocket when, on April 15, 1912, he drowned in the Atlantic with the sinking Titanic.

Kantor was just 34 at the time, and had traveled to England from the journey from his home in Witebsk, Russia.

He and his 24-year-old wife, Miriam, had purchased second class tickets aboard the Titanic, with plans to settle in the Bronx when they reached New York City.

A commission merchant, Kantor intended to take up the business in America while studying to become a doctor at night.

But he never made it. Though his wife was saved aboard a lifeboat along with other women and children, he was one of more than 1,500 to die after the vessel hit an iceberg. 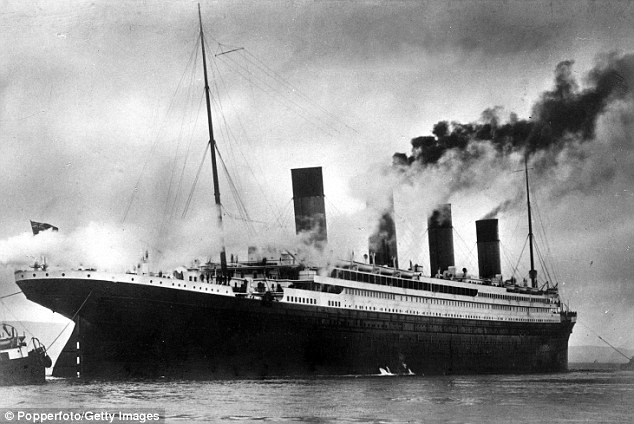 Paying out: On Saturday, it went to the highest bidder: John Miottel, a California museum owner, who paid a hefty sum

While Kantor did not survive, his watch did. Eight days after the ship sank, his body was recovered, along with the things he was wearing.

His wife buried him in Queens and held onto his things, including his suit and overcoat, a pocket telescope, a corkscrew, a notebook, and the watch, which she kept for the rest of her life.

On Saturday, it went to the highest bidder through Heritage Auctions: John Miottel, a California museum owner, who paid a hefty sum.

Miottel is a collector, and also has three other watches from the Titanic, including one from the wealthiest person to die in the sinking, Col. John Jacob Astor IV.