By Alana Mazzoni and Kylie Stevens For Daily Mail Australia

A podiatrist accused of killing his wife and dog in their Singapore home could avoid the death penalty if it’s found that a psychiatric condition played a part in her alleged murder.

Paul Leslie Quirk, 48, was charged after his wife Christina Khoo Gek Hwa, 43, was found dead in a third floor condo in the residential estate of Compassvale Bow last Friday.

Quirk will now undergo a further three weeks of psychiatric testing at the request of prosecutors.

But if a mental condition is found to have contributed to Ms Khoo Gek Hwa’s alleged murder, he could avoid death by hanging, Nine News reported.

Quirk appeared in Singapore’s State Courts via video link on Friday for a brief hearing.

He only spoke to say ‘English please’ when asked his preferred language.

His court appearance comes three weeks after police were called to the couple’s home when neighbours claim they heard the blood-curdling screams of Ms Khoo Gek Hwa.

Other residents also allegedly saw Quirk armed with a large stick, and throwing their pet dog over the balcony.

‘On 3 January 2020 at 12.07pm, the police received a call for assistance at a residential unit at 125 Compassvale Bow,’ a police statement read.

‘Upon arrival, a 43-year-old woman was found unresponsive in the unit and was subsequently pronounced dead at scene by paramedics. 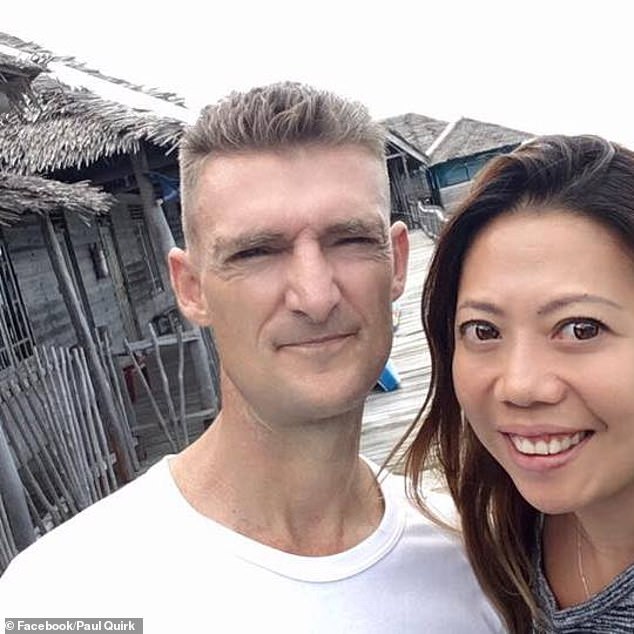 Quirk was charged with murder the following day.

Quirk moved to Singapore in 2016, where he worked as a senior podiatrist at Tan Tock Seng Hospital until November 2017.

He has 17 years of experience as a podiatrist in Melbourne, according to his LinkedIn bio.

‘I decided to venture to Singapore with my passion in podiatry, hoping to share my experience and knowledge to the local community,’ the bio states.

Registry of Marriages records showed Quirk and his wife married in August 2017.

Neighbours said they often saw the couple appear happy and normal while lounging in the pool area of ​​their apartment complex.

Shocked patients of Quirk took to social media to share their disbelief at his murder charge.

‘The shocking thing is I met him three weeks ago for a podiatrist appointment. [He was] your typical outgoing Aussie who would explain things on a simpler level,’ a woman wrote.

Another former patient described him as a ‘friendly chap’.

Quirk was remanded in the medical unit of Changi prison and will face court again in mid-February. 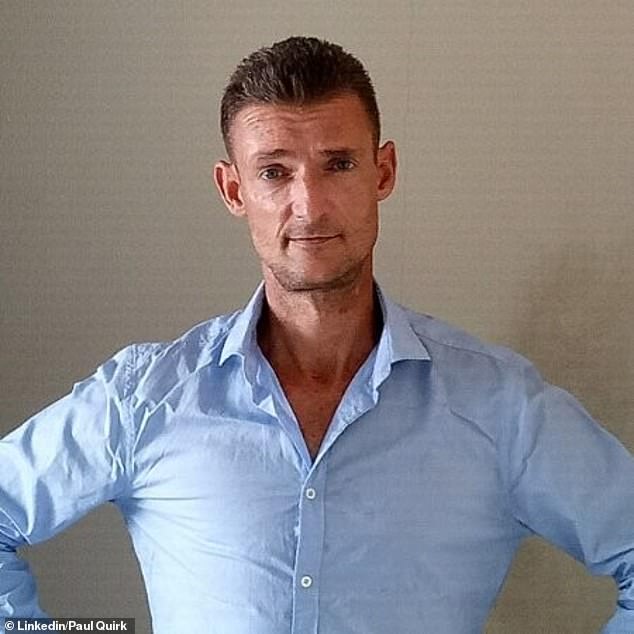 Paul Quirk has 17 years experience as a podiatrist, according to his LinkedIn profile