Those tricky-looking away fixtures become a little less unsettling if you never play at home.

Tottenham have become accustomed to life on the road and they rolled into Eindhoven, home of the electric light bulb, aware defeat by PSV will plunge this Champions League campaign into darkness.

It may not spell the exit, but since the format changed in 2003-04, none of 41 teams without a point after three group games has reached the knockout phase of the competition. 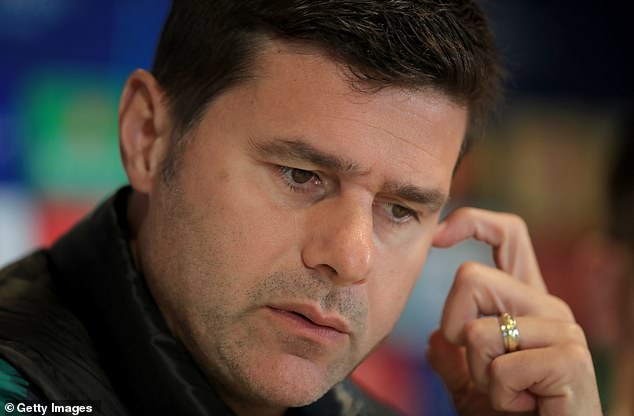 ‘We have to win every game, that’s the mentality now,’ said Eric Dier. ‘Our backs are against the wall and we are going to have to get ourselves out of it.’

Dier turned to the lessons of last year for inspiration. Tottenham took four points from Real Madrid and won their group, then promptly crashed out against Juventus as Real recalibrated and went on to win the crown.

‘We can learn from what happened with Real Madrid,’ said Dier. ‘I’m not saying we’re going to get out of the group and win the Champions League, but they had a very difficult time to get out of our group and ended up going on to win it.

‘The most important thing for us is to stay calm. To keep believing that it’s possible. We can’t change what’s already happened. We just need to stay calm and do our best.’ 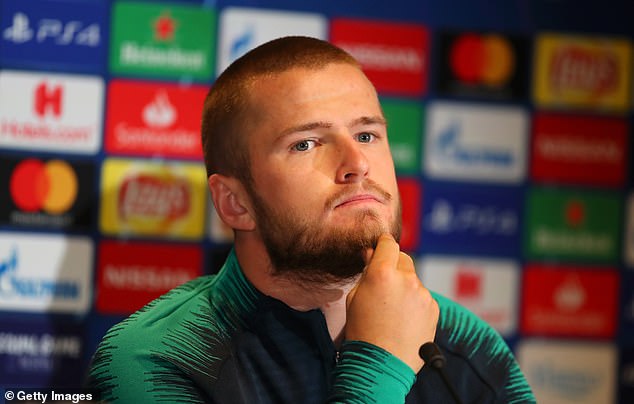 Eric Dier, speaking to the media, insists the players’ mentality is to now ‘win every game’ left 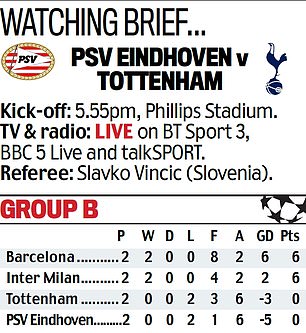 In seven away games this season, Tottenham have won five and lost two, both to late goals — most painfully at the hands of Inter Milan in the Champions League opener, a setback which was magnified when they were then beaten by Barcelona on a night Lionel Messi lit up Wembley.

Inter will have the good fortune to face Barca minus Messi, who has broken his right arm.

‘To play professional football is to play under stress, and this game is no different,’ said Pochettino.

‘It’s true, it’s difficult to play with that feeling that you are always away from home. When I signed my contract, we expected a tough period, but it’s tougher than we believed. Sure, someone will benefit from our patience. 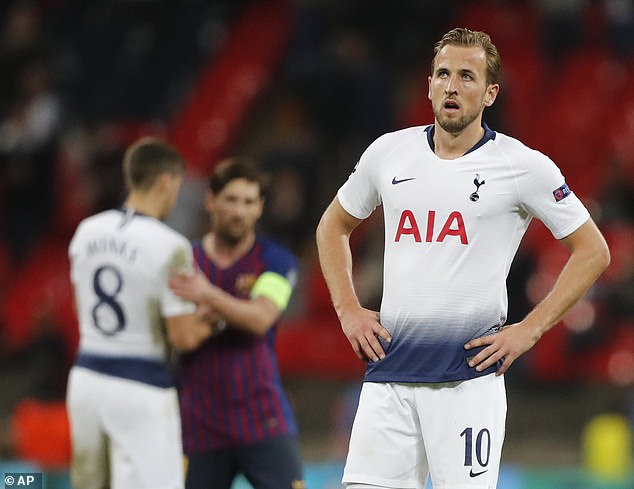 Perhaps the long-term benefit of Tottenham’s enforced roadshow has been to help the squad mature without home comforts.

‘The stadium, I don’t think people need to get too hung up on it,’ said Dier. ‘When we move into the stadium it is going to be fantastic for Tottenham for the next 100 years.

‘People need to look at the bigger picture. The stadium is going to benefit the club in so many ways. People should not focus on if it’s going to be done in November or December. That is so insignificant.

‘You can let these things knock you or you can put them behind you and use them as something to push you forward. That’s what we’ve done so far and that’s what we’ll continue to do. Anything that’s put in our way, we need to use it in a positive way.’ 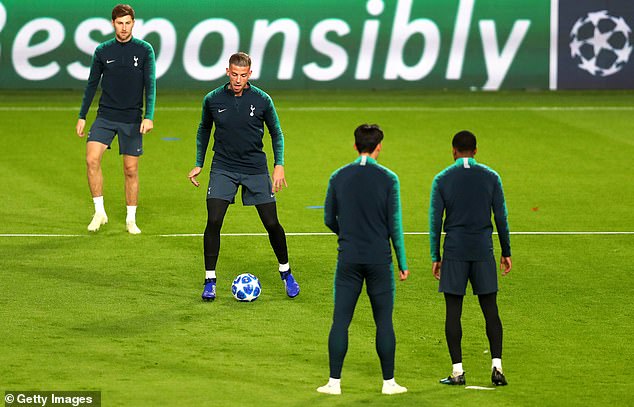 Tottenham have travelled to Eindhoven without Dele Alli, Jan Vertonghen and Danny Rose

Dele Alli has not traveled to Eindhoven as he continues his fitness work after a hamstring injury with his eyes on a return against Manchester City on Monday. Danny Rose and Jan Vertonghen are also injured.

PSV, like Spurs, are pointless in Group B although rampant in the Dutch league, with nine wins out of nine, 36 goals scored and only three conceded.

They are five points clear at the top but wrestling with the eternal problem of transferring their dominance into the Champions League.

Tottenham have warned the 2,000 fans expected to travel to be vigilant amid warnings from the Met Police and Dutch authorities, who fear a repeat of the disturbances which marred a UEFA Cup tie between the clubs in 2008.

‘The message is very clear,’ said Pochettino. ‘Support your team but within the limits. Try to behave in the way we expect because we want only news about what happens on the pitch.’