Augmented reality (AR) encourages gamers to leave the house and interact with others, according to the first study of its kind.

Extroverts are more successful at such pastimes than others, therefore future games could be designed to boost young introverts’ personalities, according to the researchers.

Lead author Adri Khalis from the University of British Columbia, said: ‘Video games have a lot of social aspects and therefore require players to have good social competence to do well playing them.

‘The game provides a context in which interacting with others might be easier than walking up to a stranger and striking up a conversation from the get-go.’

An augmented reality system that creates 3D replicas of patients’ organs could be used to warn them of their risky lifestyles before it is too late, its developer said in June.

Doctors will be able customise the technology for each patient. For instance, to encourage smokers to quit, doctors could visually illustrate the effects of tobacco on the lungs, he added.

Seeing the damage in front of their eyes could then encourage them to give up the deadly habit, which is known to cause cancer.

Developer Dr Ian Williams from Birmingham City University, told MailOnline: ‘If you select the lungs, it allows you to interact with the lungs by rotating or enlarging them as if they were in front of you as an actual object.

‘If the patient was a smoker you could put a texture to reflect the effects of smoking.’

The researchers analyzed 101 Pokémon GO enthusiasts aged between 18 and 28.

The study’s participants completed questionnaires about their personality, social anxiety and ability to interact with others.

They then played Pokémon GO for 20 minutes.

Results reveal extroverted players ‘catch’ more Pokémon, visit more ‘PokéStops’ and travel greater distances in the game than those who describe themselves as introverts.

Pokémon GO is a free, AR game that allows users to locate, capture, battle and train virtual characters, which appear on screen as if they were in the same location as the player.

PokéStops are locations in the game where users can collect items needed to capture and store Pokémon characters.

Mr Khalis said: ‘Since Pokémon GO requires players to leave their homes and interact with others, we found people with strong social skills tend to be more successful at the game.

‘This counters the prevailing stereotype that gamers are socially awkward.

‘Rather, we think modern video games, such as those involving augmented reality, have a lot of social aspects and therefore require players to have good social competence to do well playing them.’

‘We found players who are socially anxious might be self conscious and less likely to engage in the game because they may fear others are judging them.

‘They may hesitate to play when others are watching and are less likely to collaborate with fellow players, like pointing out nearby Pokémon or sharing tips.’

The findings were published in the journal Personality and Individual Differences. 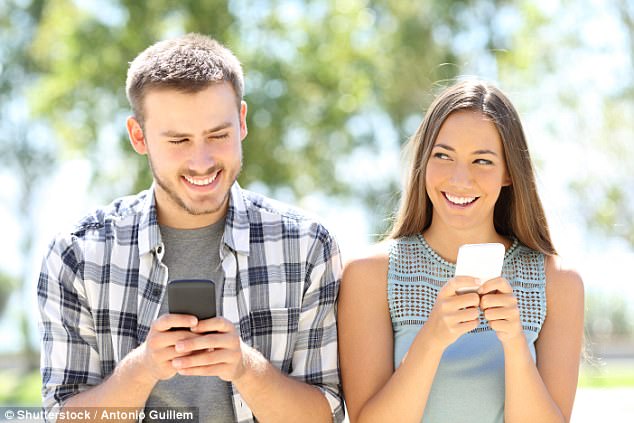 Future games could help those who struggle socially

The researchers are investigating ways modern video games can be designed to help people who struggle socially.

For example, such games could include features that cause the player to become increasingly more involved as it progresses.

Mr Khalis explained: ‘In the beginning, players might only need to communicate with a person through text, but as the game reaches a higher level, they may have to actually be physically close to other players to collaborate and win.

‘The game provides a context in which interacting with others might be easier than walking up to a stranger and striking up a conversation from the get-go.’

He said: ‘Being socially confident not only helps us succeed in face to face, “real world” activities but it also seems to apply to video games.

‘As these games become more popular, we have a unique opportunity to examine the individual personality traits and characteristics that influence behavior in a digital context.’