What’s black, white and red all over? Not a newspaper – but a polar bear mother and her cub having lunch.

The tiny cub was left with its face entirely covered in seal blood after eating its way through a fresh kill on the Svalbard islands – an archipelago that belongs to Norway.

Wildlife photographer Andy Rouse said he came across the mother and baby while they were well into their feasting, with little left of the seal but blood and bones.

Wildlife photographer Andy Rouse stumbled across a polar bear mother and her cub eating the remains of a seal in Svalbard, an island chain belonging to Norway 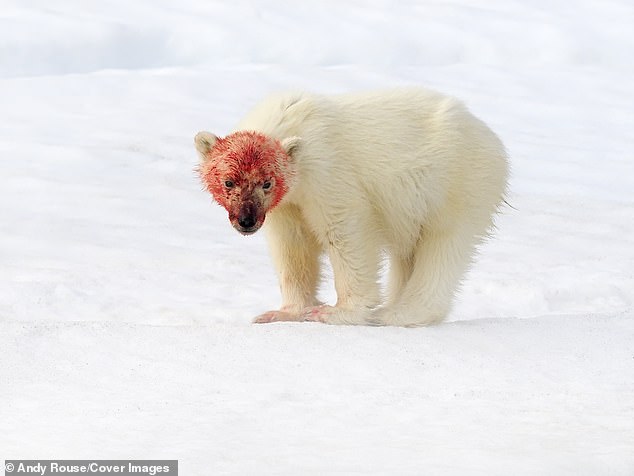 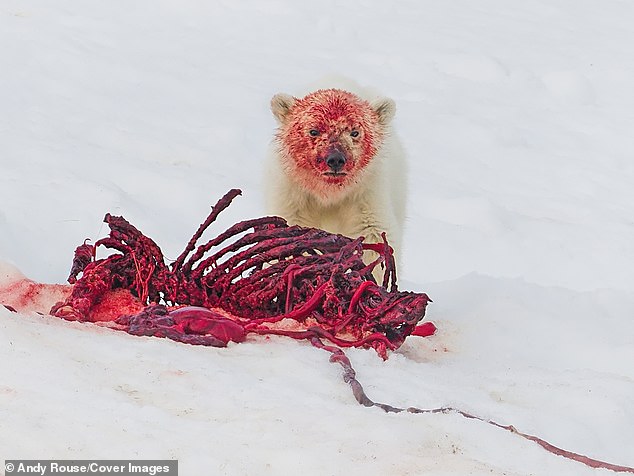 There was almost nothing left of the seal by the time Mr Rouse happened upon the pair, and he said they were obviously full from they way they walked

He said the baby cub ate so much that he was barely able to walk, with the pair laying down nearby after their feed for a snooze.

Mr Rouse, who shot the picture on July 15, said: ‘It was an amazing experience to see the cub learning such an important life skill. It fed until it could hardly walk.

‘We laughed as it was obviously such a huge effort for it to get back up the hill to its mother whereupon it fell soundly asleep!

‘These images show the real life of polar bears, as the apex predators it’s a matter of survival for them to hunt and kill seals.

‘Unfortunately, these kinds of images are rarely shown to the public as these days we like to show only pretty and glossy wildlife, I like to do exactly the opposite, to show nature in the raw as I see it.’

Andy Rouse is a professional wildlife photographer and conservationist who travels the world documenting the beautiful wildlife that he sees. 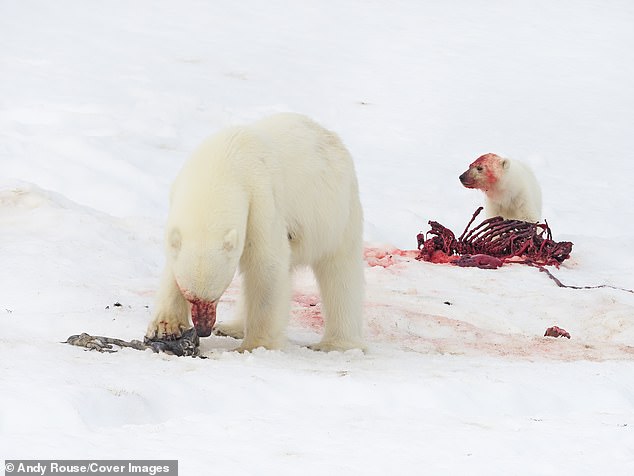 While images of the natural world are often white-washed to make them appeal to people’s tastes, Mr Rouse said he enjoys photographic nature in all its gory detail 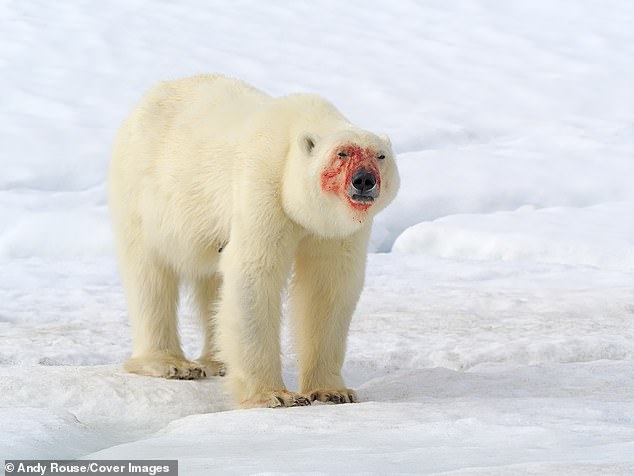 Polar bears are apex predators, meaning they have no natural predators. They will eat virtually anything they can kill, but enjoy seals the most 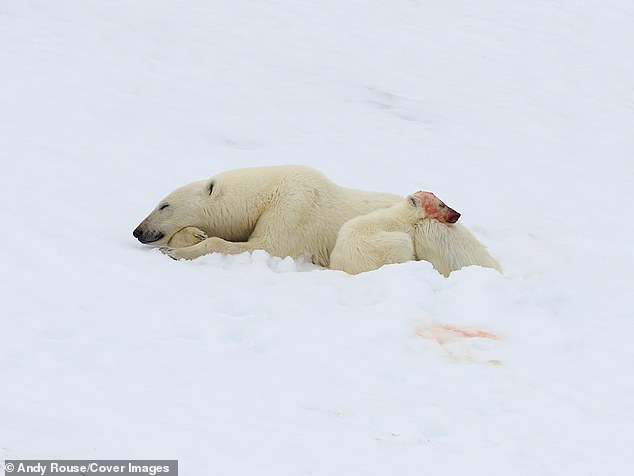 After finishing the meal, the polar bear and her cub staggered away to have a nap