Police were called out to a ‘mental’ street party in Hull over the Easter weekend, but let it continue as everyone was obeying lockdown rules.

Inspired by the weekly clap for carers, which sees people stand outside the front of their homes and applaud the NHS, teacher and DJ Chris Marshall organised a street party for him and his neighbours on Good Friday.

The two-and-a-half hour party looked to be cut short when police turned up on Friday evening.

Police were called out to reports of people ‘congregating’ in east Hull, but ended up letting revellers continue partying on Good Friday 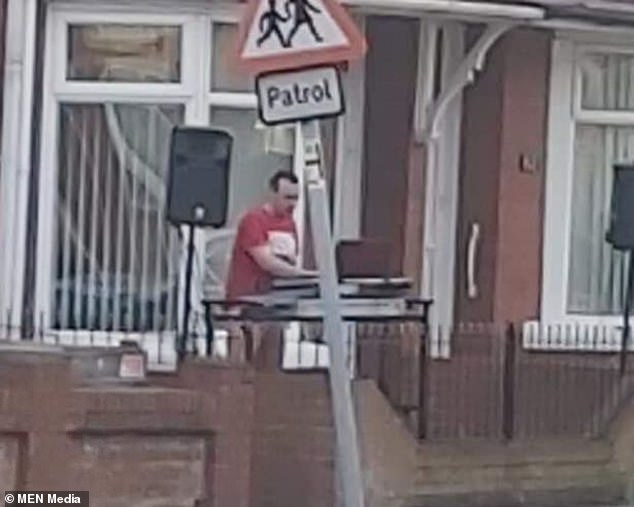 Chris Marshall, primary school teacher and part time DJ, said he set up in front garden at around 6pm on Friday and neighbours were joining him in no time

The officers had been called to the street amid complaints of people ‘congregating’.

But with families and other neighbours all staying within the boundaries of their own homes, officers let the party continue.

Mr Marshall, who has lived on the street for 30 years, told Hull Live: ‘People were bringing patio sets round to their front lawns, some people opened up windows and were sat inside watching.

‘It just went absolutely mental. Everyone stuck to the social distancing and there was no partying in the street but the atmosphere was something I’ve never seen before.’

When the police arrived, instead of breaking up the party they asked how long the event was going to last and how everyone was doing.

Mr Marshall, who DJs around Hull in his spare time, said the officers were ‘fantastic’ and praised the attitude of his neighbours.

The positive response in Hull was a big change to the huge police presence in Stockton, who crashed a house party and chased off revellers over the Easter weekend.

When the police arrived, instead of breaking up the party they asked how long the event was going to last and how everyone was doing 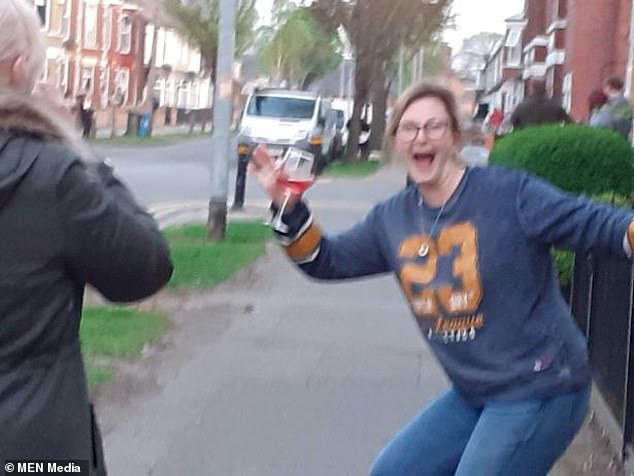 Revellers celebrated on a Hull street on the third weekend of the coronavirus lockdown, but police let the party keep going as they found no problem with how locals were distancing themselves from one another

Around two dozen officers were required to attend on Saturday night, along with four paramedics as the illegal gathering spiralled out of control.

The youths showed scant regard for the current Covid-19 crisis which the UK finds itself embroiled in, with many fleeing the scene upon the arrival of the officers while the remainder were immediately instructed to go home.

Strict Government requests to stay indoors and not congregate during the long bank holiday weekend were swiftly ignored as the events were said to rapidly escalate.