A pair of pranksters in California were mortified after fire fighters were called to free their friend from a gun safe after their prank went awfully wrong.

The incident took place in an Academy store last Tuesday night when the trio decided to play around with a lock on the chamber large enough to fit a grown person inside.

While the boys intended to lock the door and pretend it wouldn’t release, they didn’t intend to keep their pal inside long enough to seriously scare him but that’s exactly what happened.

‘Dude, it won’t open,’ one can be heard joking as his friend laughs. But when they quietly agree to unlock the door they realize it won’t because they entered the wrong code too many times.

‘My friend got locked in a safe. We tried scaring him by pressing random numbers but after several failed attempts, the system locked itself,’ the friend who filmed the incident told Viral Hog.

When they heard the friend trapped inside begin to panic they tried to calm him down, telling him ‘Don’t freak out, bro… We’re gonna call a worker… We were f**king around and then it locked.’

Police, the fire department and EMS showed up to help a California boy trapped in a gun safe at an Academy store last Tuesday

But reassuring their buddy didn’t appear to have a calming affect one boy who couldn’t quite believe it when he said: ‘Oh my god dude you’re locked in there.’

With his pal continuing to laugh as he pointed out ‘at least he has air pockets in there’, the other instructed him, ‘go tell someone this dumb-ass locked himself in there.’

They had to admit the faux pas to staff at the store which sells sports and outdoors goods but even employees couldn’t work out why they were unable to release the young man.

With no idea how long the boy could be confined within the space and concerned for his welfare, at that point they decided to call in the fire department and emergency medical services.

But perhaps they should have had the bright idea to consult the manual before contacting emergency services.

The booklet revealed they simply needed to wait a while, but the more they punched in numbers the longer the unfortunate young man inside had to wait to be reunited with his friends. 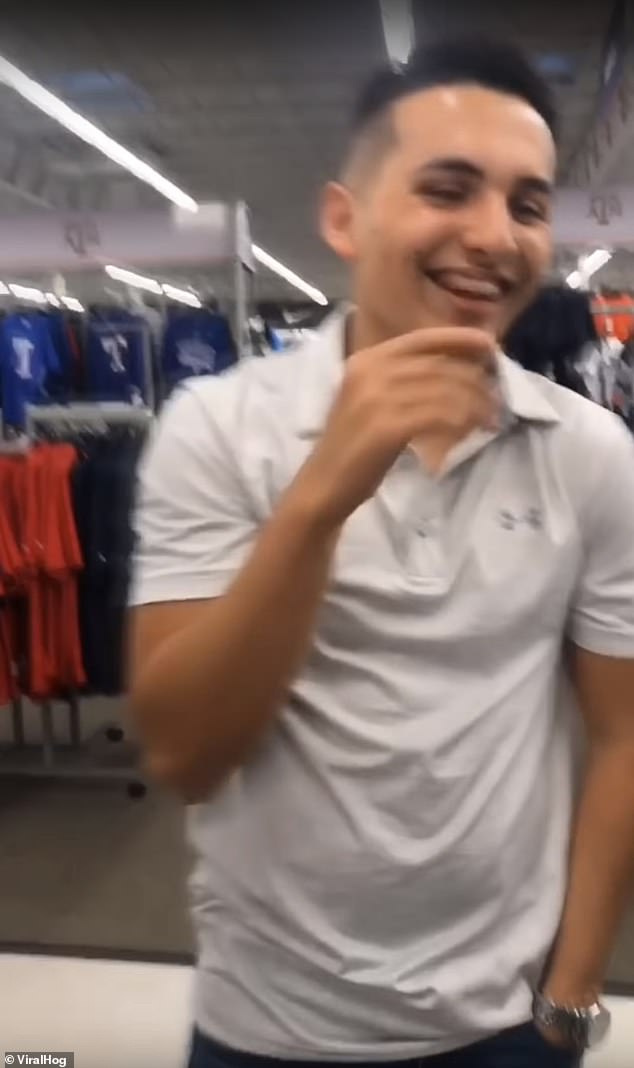 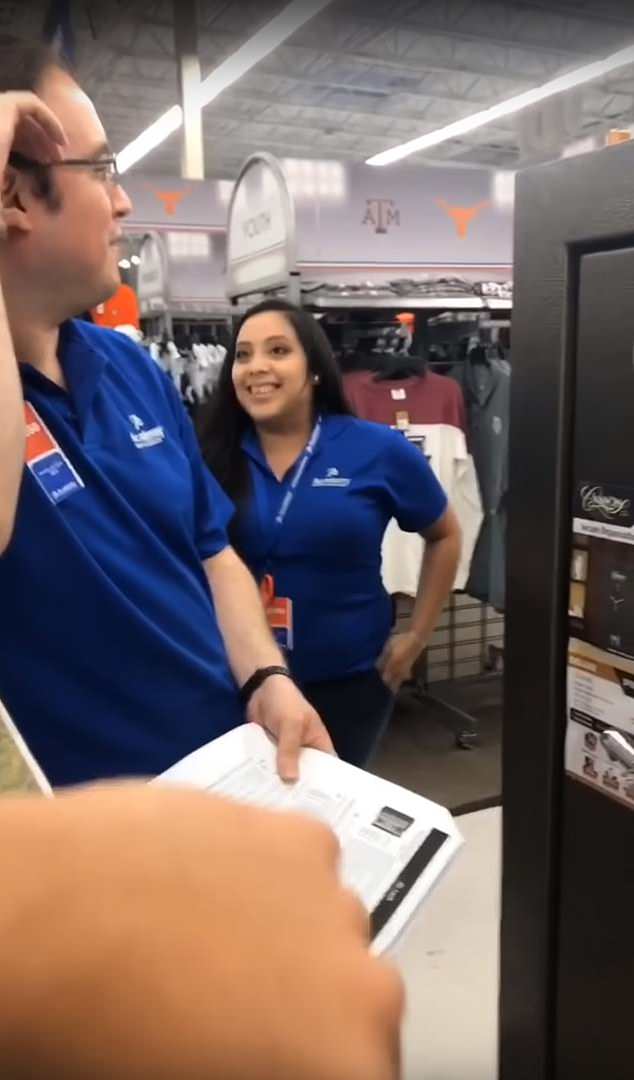 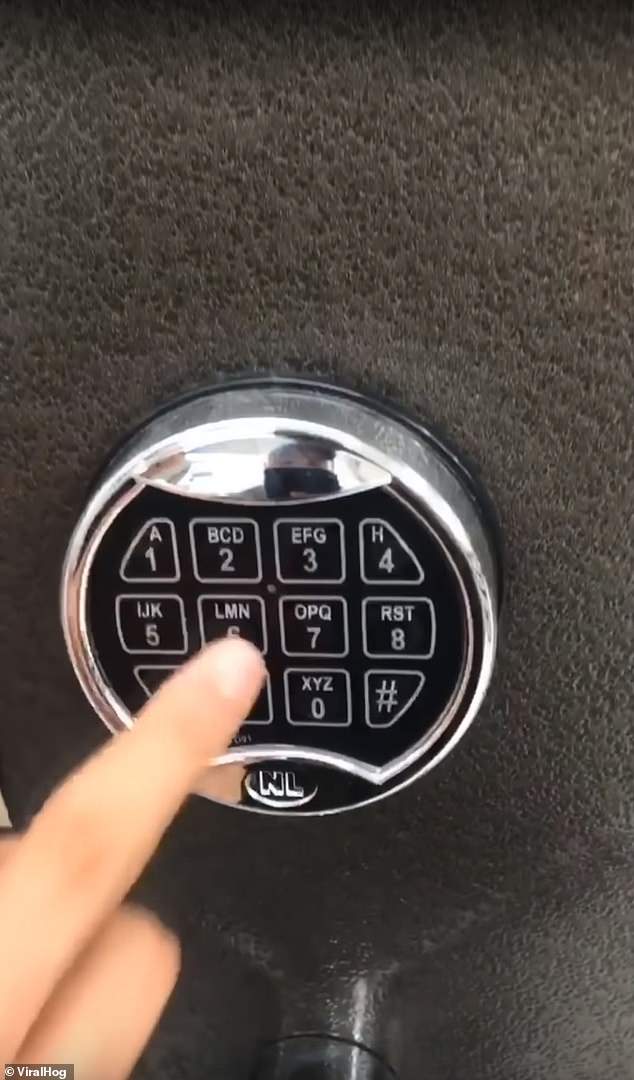 By then it was too late and a member of law enforcement showed up to investigate the matter.

‘I soon called a worker and then came a manager. They couldn’t seem to get it open so they dialed 911,’ the amateur videographer explained. ‘While they were waiting for fire and EMS to respond, they went looking for the manual.

‘A police officer arrived and started questioning us about what had happened. They read the manual and it stated we had to wait 5 minutes before it restarted. Time went by and the fire crew arrived.’

It may have been a silly accident but the boys didn’t get to sneak away coyly without questioning.

The boy responsible was written up and the shaken up friend who was inside the safe wasn’t free to go home until after getting a check-up from medical experts.

One of the boys added: ‘We waited and then we managed to unlock it. The police officer took my friend’s information and wrote a report. Fire and EMS checked him out and after he was cleared, we left.’