Medical staff showed a ‘lack of professional curiosity’ while examining a man in the grip of schizophrenia, missing two chances to stop him killing his mother, a report has found.

A review has suggested police, a GP and mental health workers showed ‘unconscious bias’ and ‘made an assumption’ that seriously ill Christian Lacey was not dangerous – because he was ‘well dressed and from a nice family.’

After killing Ms Lacey at her home in Garston, Liverpool, he walked to his grandmother’s nearby, where he tried to kill her carer Edwina Holden by stabbing her 12 times.

Ms Lacey’s body was discovered by her brother Ian Wright, after being subjected to what the review termed ‘a manic act of violence.’

It later emerged Lacey’s worried family had taken him to A&E at the Royal Liverpool Hospital on March 30, where his paranoid schizophrenia was also missed.

On that occasion he had gone missing in London for hours, where he described giving his brand new mobile phone to a homeless man because he thought it had been hacked and he was going to die. 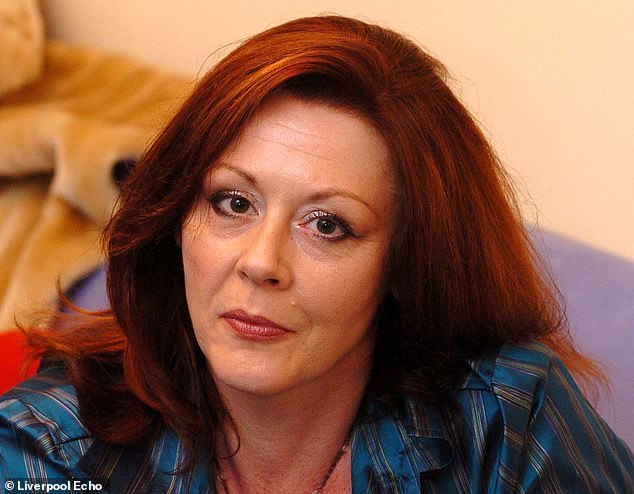 Ms Lacey’s (pictured) body was discovered by her brother Ian Wright, after being subjected to what the review termed ‘a manic act of violence’ 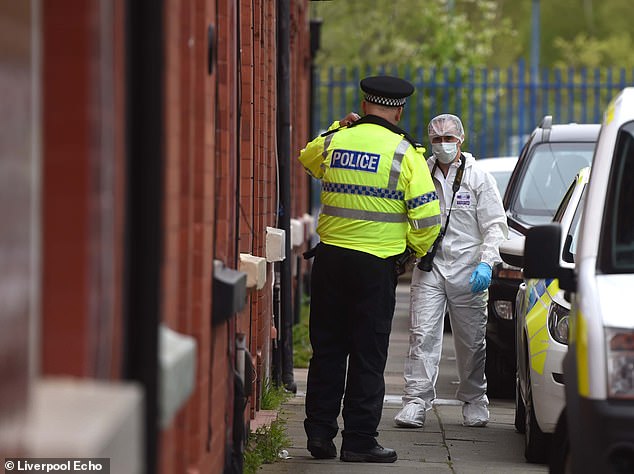 But a mental health worker noted ‘he was a pleasant young man who did not appear to have any significant mental health issues’ and mistook his symptoms for Asperger’s Syndrome and cannabis-induced psychosis, rather than schizophrenia.

Lacey was initially charged with murder and attempted murder, but the Crown Prosecution Service (CPS) agreed to accept pleas to manslaughter on the grounds of diminished responsibility after details of his illness came to light.

Lacey is now a patient at high security Ashworth Hospital in Maghull, having being made the subject of an indefinite hospital order at Liverpool Crown Court.

Judge Clement Goldstone, QC, passing sentence, had ordered Merseycare NHS Foundation Trust to make public a report of an review into what went wrong with Lacey’s care, which has now been shared.

The report states: ‘The review identified that in the panel’s opinion the root cause of the incident was [Lacey’s] complex presentation which was not explored by the practitioners in depth.

‘This lack of exploration may have been due to [Lacey’s] presentation as well as a lack of sufficient training in exploring psychopathology.

‘This resulted in a delay in diagnosis and therefore untreated psychosis.’

While the review found Lacey’s behaviour when examined by mental health practitioners was not typical of paranoid schizophrenia, making it harder to diagnose, staff failed to ask about why he had assaulted his step-brother and father. 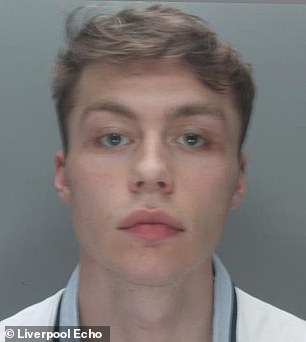 While the review found Lacey’s behaviour when examined by mental health practitioners was not typical of paranoid schizophrenia, making it harder to diagnose, staff failed to ask about why he had assaulted his step-brother and father

The report described chilling details of how, on April 25 last year, Lacey had walked into Mr Carfoot’s room and grabbed his half-brother without warning.

The report states: ‘[Lacey] had turned the music up and walked into his room, and got him in a headlock and it was only after he managed to get off the strangle hold after a struggle that he ran out of the room.

‘[Mr Carfoot] left the house and went to his friend’s house. He has since the incident, commented that [Lacey] would often come into his room and sit quietly at the end of his bed and that he had also stated that the black towels in the bathroom had bad vibes and that they were evil.’

Later that evening Lacey attacked his father by strangling and then punching him, before relenting after Mr Carfoot intervened.

The report states: ‘The family were clearly scared of what had happened and had locked their bedroom doors at night.

‘The next morning he was taken to his GP and was told about the attack. The GP advised him techniques to deal with anger. Whilst at the GP surgery, [Lacey’s] father found a bread knife, wrapped in clothing, in his bedroom.

He then contacted the police as he was worried about the risks.’

Lacey was taken to St Anne Street Police Station where he was assessed by Merseycare staff from the Criminal Justice Liaison Team (CJLT) who did not believe he needed to be sectioned. 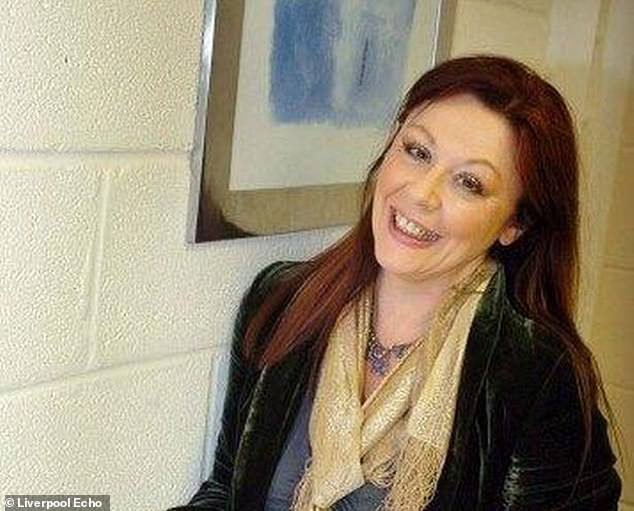 Ms Lacey’s  grieving friends would describe her as ‘wise, witty and wonderful’

A review of the assessment found that while mental health staff are often discouraged from asking incriminating questions, no attempt to explore the reasons for the attacks on his dad and brother were made.

After being released, Lacey would go on to repeatedly knife and slash his mother at her home in Garston. Her grieving friends would describe her as ‘wise, witty and wonderful’.

The report said: ‘This may have prevented the CLJT Practitioner from exploring the reasons why [Lacey] had been involved in the incident with his step-brother. However, when this was explored during the interviews with the practitioner, it was not immediately described as the reason for not exploring these issues.

‘It appeared that [Lacey’s] presentation which was fairly settled in manner, coherent conversations and his social circumstances that his family background and upbringing did not suggest an underlying serious psychotic illness or that there were risks of serious violence.’

The review panel found some CJLT members had not received formal training in mental health before joining the team.

Merseycare has now ordered the implementation of a series of recommendations, including new training in the recognition of psychosis, new training in assessing risk and reminders to properly question family and carers of mental health patients.