Hundreds of revellers were caught partying inside a gazebo during an illegal lockdown party in Manchester where police officers were pelted with missiles.

Shocking footage caught on Snapchat shows the ravers flouting social distancing measures as they attended the illegal rave in Gorton on August 15.

Following the incident, Greater Manchester Police confirmed that a woman, who they believe to be the party ‘organiser’ was slammed with a £100 penalty fine. 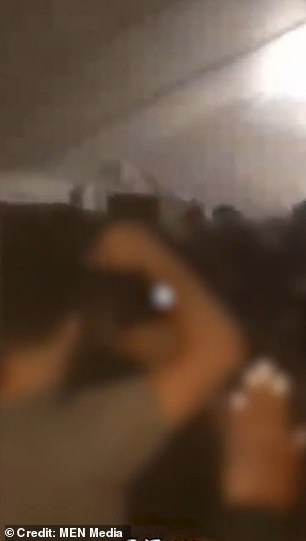 Hundreds of revellers (left and right) were filmed dancing at an illegal lockdown party in Gorton, Manchester, on August 15

During the footage, hundreds of people dance to the loud music with drinks in their hands and defy social distancing measures.

Officers arrived to the scene after receiving numerous complaints from residents on the street.

He added that while officers did not break up the mass gathering by force due to being hit with missiles, they did stop others from joining the party and also issued an anti-social behaviour closure notice.

Superintendent Helen Caldbeck said: ‘Only yesterday afternoon did we made an urgent plea to the public after an unprecedented surge in 999 calls.

‘Our message was firm and clear – there is a real worry that people who need us desperately, won’t be able to get through to us via 999 because we’re so busy.

‘This illegal house party was a blatant breach of legislation and meant that needed resources were pulled from the force. Even worse was the fact on attendance, our officers were met with such hostility, with missiles were thrown at them. 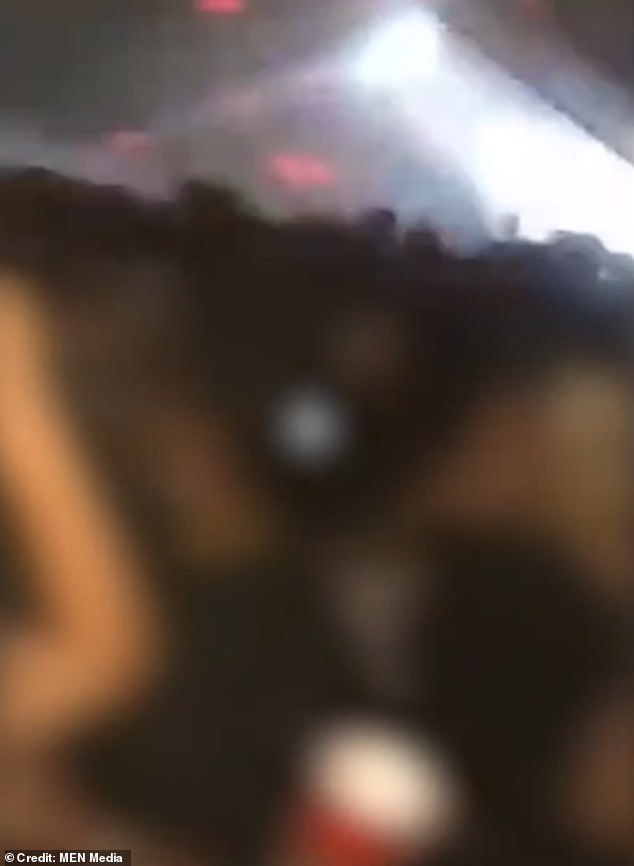 ‘We want to be clear that the issuing of an FPN, as well as imposing an anti-social behaviour closure notice, is just the first step in our action and we are working unreservedly to ensure that all possible lines of enquiry are followed up.

‘We have officers reviewing CCTV and other evidence with a view to identifying others responsible.

‘The people of Greater Manchester deserve better and quite frankly they’re being let down by the selfish few who are shamelessly breaching the very guidance and legislation that is there to protect us.’

‘If anyone has any information about this I’d urge you to get in touch to us via 101, or report it online.’

Police officer were also forced to shut down a street in Rusholme on Friday night after hundreds of people gathered in the street.