A 48-year-old man who was allegedly once in the Army was today arrested after two bombs were found in a disused flat on a suburban street in North West London.

Homes in Harlesden were evacuated after the ‘suspicious devices’ were found in an unoccupied two-storey conversion just 100ft from the local police station.

An initial police assessment showed the devices were improvised explosive devices (IEDs). They were made safe and carried out of the flat to be examined.

One neighbour claimed officers told her at least one device was a ‘pipe bomb’ – and a cordon was in place after a forensics team erected a tent in the forecourt.

A police tent has been erected outside the derelict flat in Harlesden, North West London, picture today, after two items suspected of being improvised explosive devices were found

The man was taken to a police station – and neighbours claimed the flat has been unoccupied for years, with work being carried out inside over the past few months.

But one neighbour, who has lived on the street since August, said the man – whom he knew as ‘Richard’ – lived in the flat and claimed to have been in the Army.

Kitchen porter Samir Hassan, 50, said: ‘The man who lives in that flat is called Richard – I don’t know his last name. Richard is about 50 and lives alone.

‘He never has anyone over at his flat. He has been away quite a bit in the last months – he spoke all the time about his daughter.

‘We meet outside where he smoke cigarettes in his shorts – he offers me one sometimes – he can be very kind. Richard has told me about his time in the military.

‘He said he was in the army but he doesn’t give any details. He never has anyone at his place, I would say he is a loner and things are always quiet there. 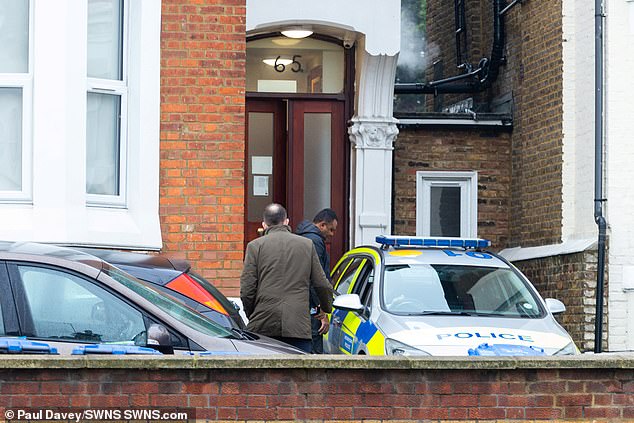 ‘We speak about football, he is really into that – but he didn’t say what he does for work. I see Richard sometimes, but he could disappear for some time.’

Police today used video probes to look for traces of explosives under floorboards, after a search team carrying a ramp and filming equipment arrived at the address.

One of the officers confirmed: ‘Every inch of the property will be searched to make sure it’s safe.’

A neighbour living in the same block said: ‘The man who lives in the flat which police are searching is a white British guy aged in his 40s. He’s lived there for a while.’

Today, a blue and yellow evidence tent remained outside the large detached house – with a police cordon in place on the driveway.

Detectives could be seen entering the building, which houses 12 separate flats, while groups of officers were patrolling the local area to ‘reassure the public’. 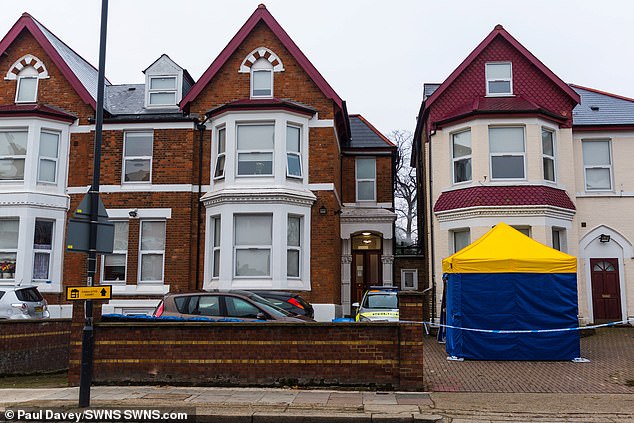 Police discovered the bombs in a flat just a quarter of a mile away from Harlesden Primary School.

Residents were evacuated yesterday and kept outside for nine hours while specialist officers worked to deactivate the bombs.

Other neighbours reacted to the discovery of the devices. John Hamilton, 59, said: ‘The whole road was shut off yesterday with police everywhere.

‘The flat upstairs at the front has been unoccupied for two years, you could see into it. Over the past several months workmen have been coming to and from the flat.

‘They were Bulgarian and Romanian men, they parked their vans outside.’ 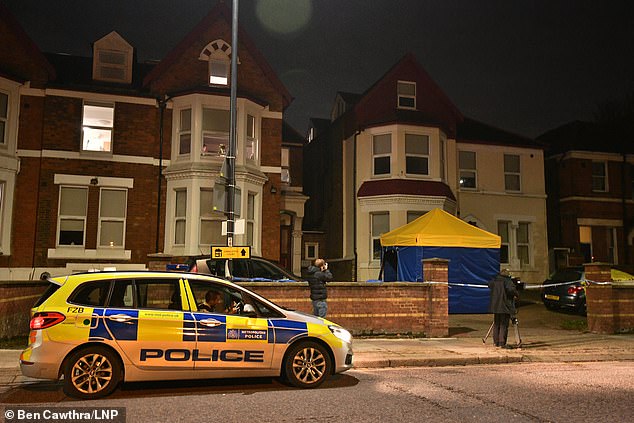 Noor Ali, 29, said: ‘I was really worried yesterday when police knocked on my door. They came in to tell everyone to stay inside because a ‘package’ had been found.

‘Later on police reassured everyone here in my own flat. I’ve seen Eastern European builders coming to and from that flat for months.’

Another resident said: ‘All different people are living in the flats, it don’t surprise me. Police found a pipe bomb there – that’s what they said yesterday.

‘A mother and daughter were arrested in the last year for terror offences around the corner. They lived on Harlesden Road – they were from the Middle East area.’

While Ethel Amoah, 44, said: ‘There is all sorts of trouble around here – shootings, stabbings and drugs. 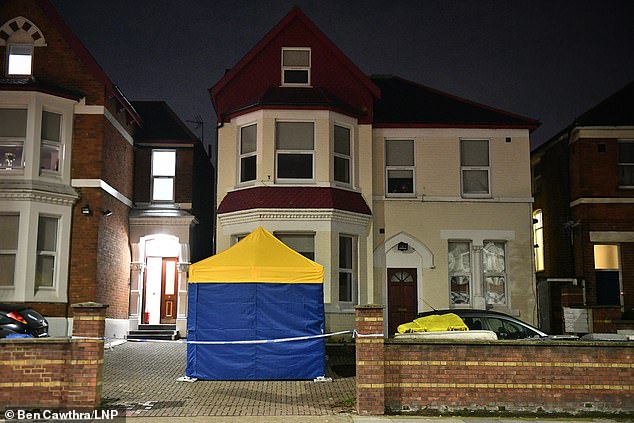 ‘This is unusual though, I can’t see why they would operate in that flat with the police station around the corner.’

Counter terrorism detectives are ‘keeping an open mind’ in the investigation following the arrest.

A Scotland Yard spokesman said: ‘The 48-year-old man was arrested at a residential address in North London on Thursday on suspicion of an offence contrary to section 4 Explosives Substances Act 1883.

‘He was taken to a south London police station where he remains in custody.

‘At this early stage of the investigation, detectives do not believe that the arrested man has links to any terrorist organisations, or that there are any ongoing public safety issues.’ 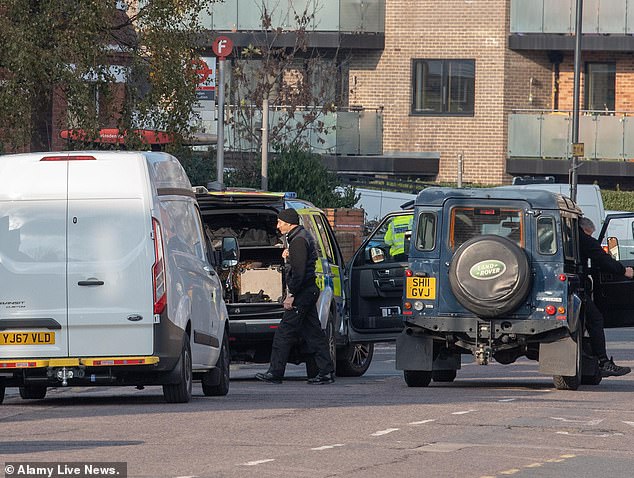 Chief Superintendent Simon Rose, North West Command Unit said: ‘I’d like to thank local residents in the area for their patience and understanding whilst we dealt with this incident today.

‘The public’s safety is our top priority, and I would like to pay tribute to the specialist officers who attended and were able to safely recover the devices.

‘I also want to reassure the local community that we have carried out precautionary searches in the surrounding area to make sure there was nothing else of a similar nature nearby, which I’m pleased to confirm is the case.

‘The next stage is to investigate how and why the two devices came to be in this flat and detectives from the Counter Terrorism Command will be leading this.’