An 11-year-old boy is one of three young people arrested after a man was stabbed in a street in Leeds.

The victim, a 32-year-old man, was rushed to hospital with serious injuries after the attack in Whingate, Armley in the west of the city last night.

Two other boys, aged 15 and 16, also remain in custody after being arrested with the 11-year-old.

A large police presence is in Armley, west Leeds this morning after a man was stabbed in a street. Three boys, aged 11, 15 and 16, have been arrested in connection with the attack 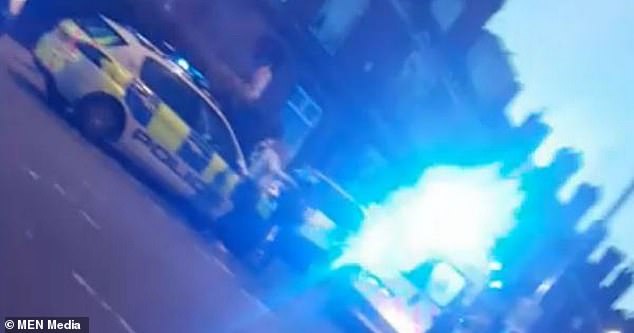 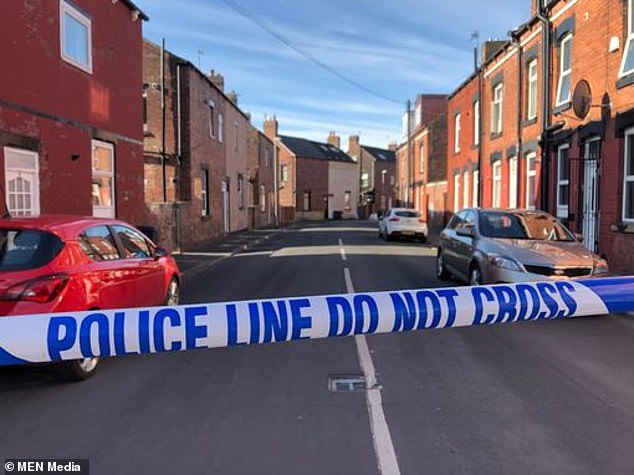 Police tape stretches across a number of roads in the city this morning, with several officers also at the scene

Today, a police cordon stretches across the road as forensic teams scour the area for evidence.

The cordon is in place at the eastern end of Armley, off Town Street while tape stretches across Whingate Grove, Aberdeen Road and Aberdeen Walk, with several officers at the scene.

Detective Inspector James Entwistle, of Leeds District CID, said: ‘We are treating this incident very seriously and are currently carrying out extensive enquiries to establish the full circumstances.

‘We would like to hear from anyone who witnessed the incident or who has any information that could assist the investigation.’ 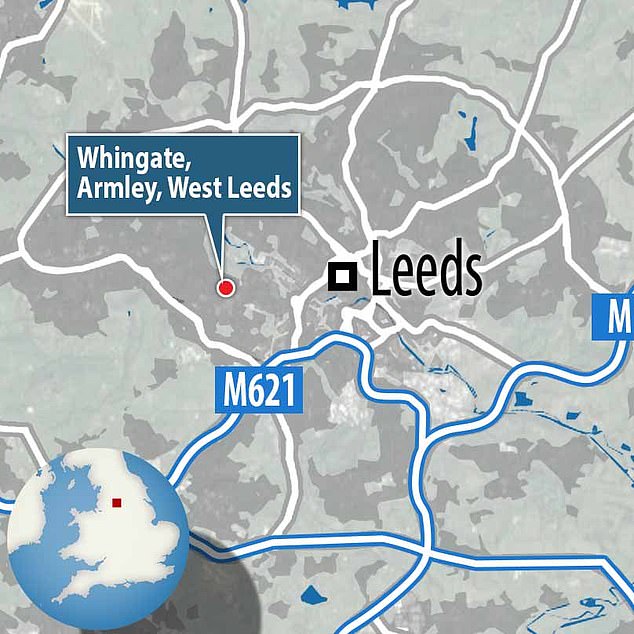 A map, pictured, shows where a 32-year-old man suffered serious injuries after being stabbed in west Leeds last night

A spokesman for West Yorkshire Police added in a statement: ‘Detectives are appealing for information after a man was stabbed in an incident in Leeds last night.

‘At 9.18pm yesterday police were called Whingate, in Armley, where a 32-year-old man had been stabbed in the street.

‘He was taken to hospital for treatment to serious injuries. His condition is described as stable and his injuries are not believed to be life threatening.

‘Three males, aged 11, 15 and 16, have been arrested in connection with the incident and are currently in custody.

‘A large scene is currently in place to undergo forensic examination and specialist searches.’