Police arrest Lebanese-born man, 68, who threatened to attack ‘UK interests in Spain’ in series of chilling calls to British Embassy in Madrid as he is branded ‘an extreme danger’ to diplomats

By Natalia Penza and Emily Webber For Mailonline

A 68-year-old man has been arrested after he threatened to ‘attack UK interests in Spain’ following a series of chilling calls to the British Embassy in Madrid.

The Beirut-born man is said to have targeted the British consulate in Malaga after being refused permission to travel to the UK to see his children.

Spanish police arrested the pensioner in the holiday resort of Benalmadena, and he has only been identified by his initials of S.Y.

He is the same man that was held in 2009, after shooting at the British Consulate building in Malaga, Spanish officers said.

Detectives revealed today the man had been categorised as an ‘extreme danger’ to diplomats.

A spokesman for National Police in Madrid confirmed the arrest of the man, saying: ‘Spanish National Police have arrested a man as the author of serious threats to British diplomatic interests and buildings in our country. 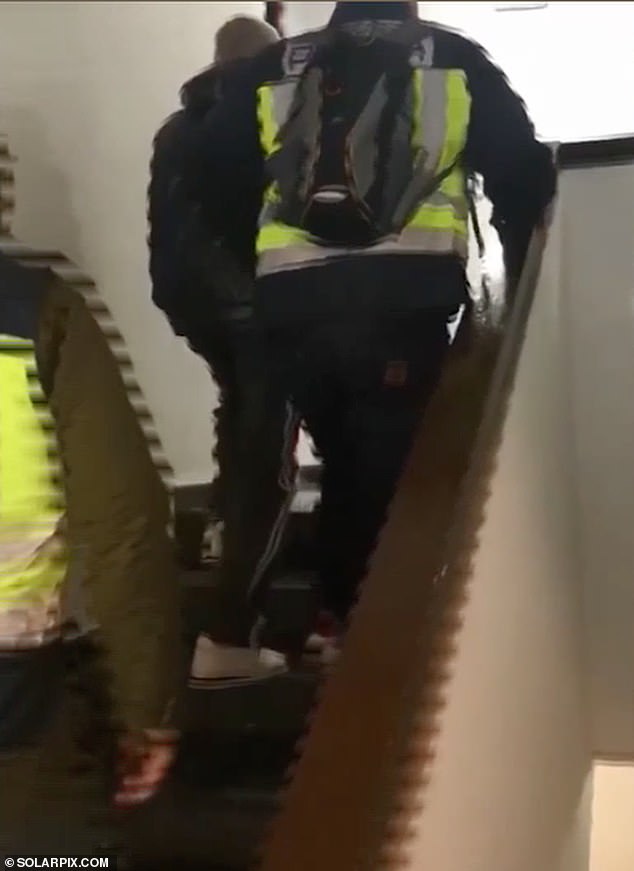 ‘The detainee made a series of phone calls to the UK embassy in the Spanish capital warning diplomats of a specific attack within the following 72 hours.

‘Officers began an immediate investigation and together with staff responsible for security at the British Embassy, they managed to identify the author very quickly.

‘They discovered he was the same man who had participated in a similar incident in 2009 against the British Consulate building in Malaga, where identical threats were made.’

The spokesman added: ‘The investigation began on January 11 when the British Embassy in Madrid received several calls from a person who said: ‘I will attack British interests in Spain in the next 72 hours, I have nothing to lose and I don’t care about the consequences.’

‘In the incident in Malaga in 2009 the same man fired several shots against the front and the flag of the British Consulate building there, and was filmed in action by a person who published the videos on different social media.

‘For this reason he was considered a potential and extreme danger to the security of diplomatic representatives and their legitimate interests.’

Reports at the time of the September 1 2009 shooting said he had fired five shots, targeting the Union Jack flag.

No-one was injured in the incident and the gunman was described at the time as a ‘stateless Lebanese man.’

They also confirmed he was well-known to several police forces because of his ‘extensive criminal record’ and revealed he had used ten different identifies to prevent his arrest.

It was not immediately clear what had sparked the latest round of threats.

A judge has already banned the detainee from going within 1,640 feet of British diplomats and British embassy and consular buildings as a result of his latest action.

He has also been handed a restraining order preventing him from phoning British embassies and consulates.

A source said today: ‘If he hasn’t got permission to travel to the UK it would probably be because of his criminal record.’

A British Embassy spokesman said: ‘We are grateful for the quick response taken by the Spanish Police and for their work to protect our staff.’