Police arrest man, 64, from North Yorkshire on suspicion of manslaughter over the death of Cardiff City footballer Emiliano Sala

Detectives investigating the death of Cardiff City footballer Emiliano Sala have arrested a 64-year-old man from North Yorkshire on suspicion of manslaughter by an unlawful act.

Pilot Dave Ibbotson, 59, was carrying Sala from Nantes to Cardiff on a Piper PA-46 Malibu light aircraft when it crashed into the sea near Alderney on January 21.

The footballer died from massive injuries to his head and chest and could only be identified by his fingerprints.

The body of the pilot was never found in the wreckage.

Detective Inspector Simon Huxter, of Dorset Police’s Major Crime Investigation Team (MCIT), said: ‘We have carried out a wide-ranging investigation into the circumstances of the death of Mr Sala and continue to work with partner agencies including the Civil Aviation Authority.

‘As part of this investigation we have to consider whether there is any evidence of any suspected criminality and as a result of our enquiries we have today, Wednesday 19 June 2019, arrested a 64-year-old man from the North Yorkshire area on suspicion of manslaughter by an unlawful act. 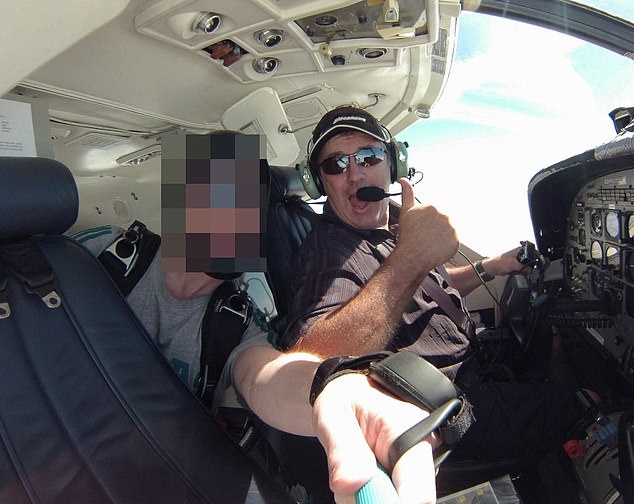 The plane was found off the coast of Guernsey where it had crashed, with Mr Sala’s body retrieved from inside

‘He is assisting with our enquiries and has been released from custody under investigation.

‘This matter therefore is still subject to a live investigation and I would ask the media and members of the public to refrain from speculation, as this could cause additional distress to the families involved as well as potentially hinder the investigation.

‘As is standard practice, we will not be releasing any further information as to the identity of the individual who has been arrested unless that person is charged to appear in court and again would discourage any speculation in relation to this.’