Police ARREST psychologist, 41, after she fled Arkansas State Hospital with a mentally-ill patient

Police have arrested a psychologist after nearly a week on the run with a dangerous mentally ill patient she is accused of helping flee from Arkansas State Hospital.

Psychological examiner Michelle Messer, 41, and Cory Chapin, 46, were found at a home in North Las Vegas at 8am on Monday and are being held in the Clark County Detention Center in Nevada.

Messer is accused of walking Chapin out through the forensic unit on Tuesday morning after she was questioned by staff about illicitly providing him with a cell phone, an electronic vaporizer and a bag of 21 unknown pills to the patient. 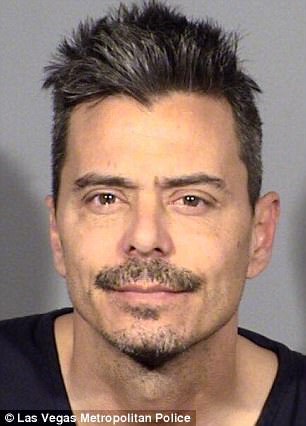 Psychological examiner Michelle Messer, 41, (left) and Cory Chapin, 46, were found at a home in North Last Vegas at 8am on Monday morning. They are pictured in police mug shots taken on Monday

The pair drove away at around 8.20am in a blue Mazda 3S Grand Touring car with Arkansas plates 502RBD – Messer’s personal car, according to hospital police.

No reports indicated whether the two were romantically involved, but Messer does have a female partner, Judith Lewis. The two share a home in the neighborhood of Sherwood.

In 2014, Chapin faced several charges, including kidnapping and drug possession.

Allegedly, he claimed that God had instructed him to kidnap and rape a woman who had cut his hair, reported the Lovely County Citizen. 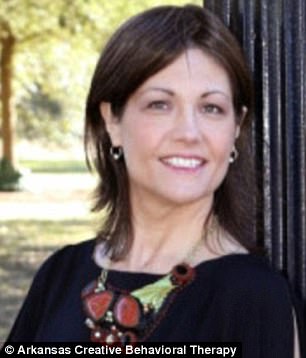 He was found not guilty by reason of mental disease or defect in 2015, with a doctor saying Chapin has bipolar disorder and needs treatment, otherwise he poses a ‘moderate risk’ for violence.

This is not the first time Chapin has escaped. While on a 48-hour leave from Arkansas State to visit his father in February 2016, he fled. He was found in October 2017 in Las Vegas and extradited back to the hospital.

The DHS website says the hospital’s 24-bed forensic service area assesses and treats patients with mental illnesses who are accused of a crime.

The site also says that all people in the unit have been court-ordered to undergo evaluation or treatment.

Messer specializes in cognitive behavioral therapy and has 13 years of experience providing treatment to intellectually disabled clients with psychiatric disorders, according to the Arkansas Democrat-Gazette.

Messer is being held on a misdemeanor charge of aiding Chapin’s departure from the hospital and faces a felony charge of providing prohibited articles to a patient. 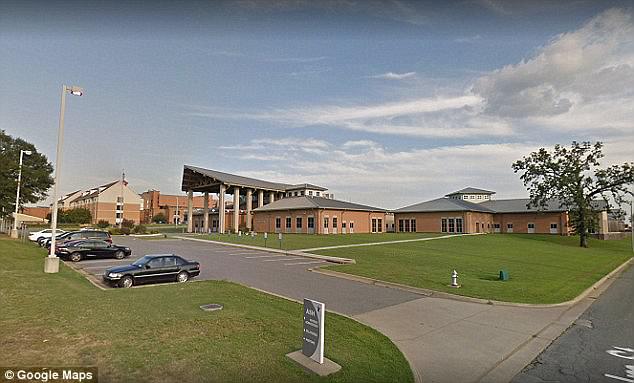