Police arrest two men, 44 and 57, after a woman ‘was raped’ in a churchyard on Christmas eve

Police arrest two men, 44 and 57, after a woman ‘was raped’ in a town centre churchyard on Christmas eve

Two men have been arrested after a woman was reportedly raped in a town centre churchyard on Christmas Eve.

A cordon remains in place around St Mary’s Church in the Market Place, on Churchgate.

A GMP statement said: ‘At around 8.05am today (Monday 24 December 2018), police were called to reports that a woman had been raped outside a church on Churchgate in Stockport earlier this morning.

‘A woman, aged in her 30s, has been taken to hospital and is being supported by specially trained officers.

‘Two men, aged 44 and 57, have been arrested on suspicion of rape and remain in custody for questioning.

‘A scene is in place and enquiries are ongoing.’

Items of clothing and sleeping bags could be seen in the doorway of the church and a cordon was placed around the outside of the building.

Several more jumpers remain hanging from street bollards outside of the cordon. 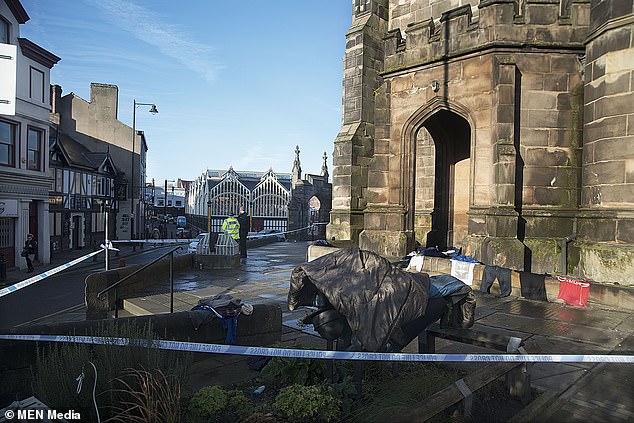 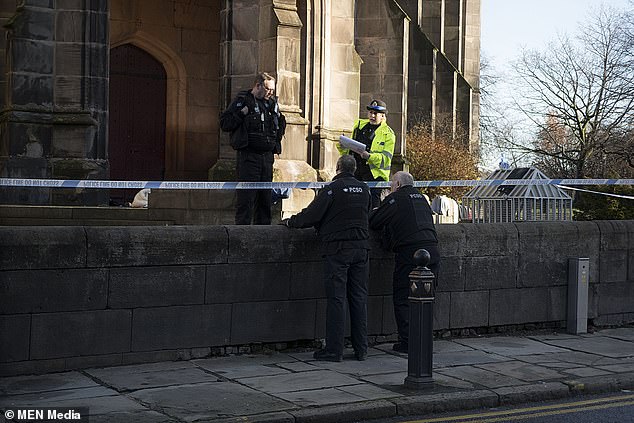 Detective Inspector Julia Bowden, of GMP’s Stockport borough, said: ‘We have launched a full investigation and have specially trained officers supporting the victim as she receives treatment in hospital.

‘Whilst we believe this is an isolated incident and have two men in custody, our investigation is in the very early stages and our enquiries will continue at the scene throughout the afternoon.

‘I would encourage anyone who thinks they might have even the smallest piece of information that could assist our investigation to please get in touch as soon as possible.