A far-Right handyman who wants to start a ‘Yellow Vest’ movement in Britain has been charged with assault.

James Goddard, often seen wearing the high-viz vests favoured by protesters in France, has tried to organise demonstrations like those seen in Paris in the UK.

His latest attempt was held in Manchester at the weekend, where a handful of people wearing vests faced off with anti-fascist activists while waving flags and placards.

Goddard was today arrested over alleged clashes at the demo and later charged with assault and a public order offence. 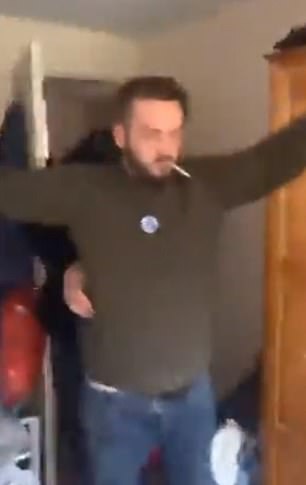 A friend posted a video online this morning, said to show police arresting Goddard, who has a unlit cigarette in his mouth.

It comes after Goddard was pictured in Manchester’s Piccadilly Gardens on Saturday, wearing a t-shirt with Donald Trump, Kim Jong-un and Vladimir Putin.

He was seen shouting at a woman in a headscarf and using a loudspeaker to try to whip up his band of supporters.

A police spokesman said: ‘James Goddard, of Altrincham, has been charged with assault and a public order offence.

‘He has been bailed to appear at Manchester and Salford Magistrates’ Court on Wednesday 20 March 2019.

‘This morning police arrested a man aged 29 on suspicion of assault and public order offences, following a protest in Manchester City Centre on Saturday 9 February 2019.’ 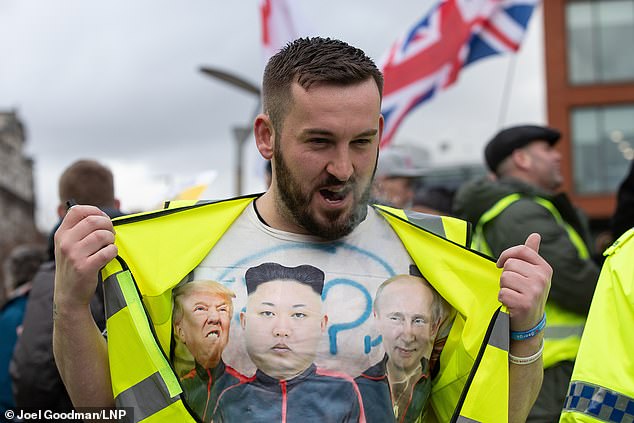 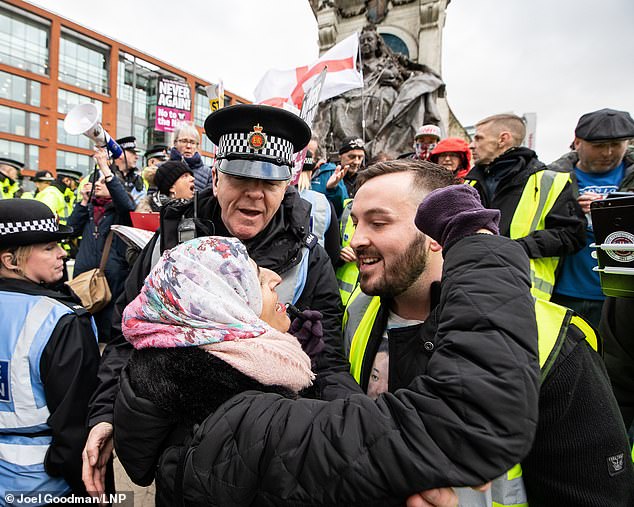