Police are demanding Google turn over mobile phone data from not just suspects, but also people who just happened to be near a crime scene.

It’s unclear if Google provided all the requested data, but the details outlined in WRAL’s report have raised concerns by privacy advocates.

Police used search warrants to request that Google supply data from any mobile devices that ‘veered too close to the scene of the crime,’ WRAL said, citing court records.

In one case, police wanted to collect Google data spanning a 17-acre area that included homes and businesses.

And, the court orders often prevent Google from revealing information about the searches to suspects and unaware users for months, according to WRAL.

Google maintains that it tries to be as ‘transparent as possible’ when it comes to detailing its processes around government requests for user data, the company’s website states.

‘We have a long-established process that determines how law enforcement may request data about our users,’ a Google spokesperson told WRAL. 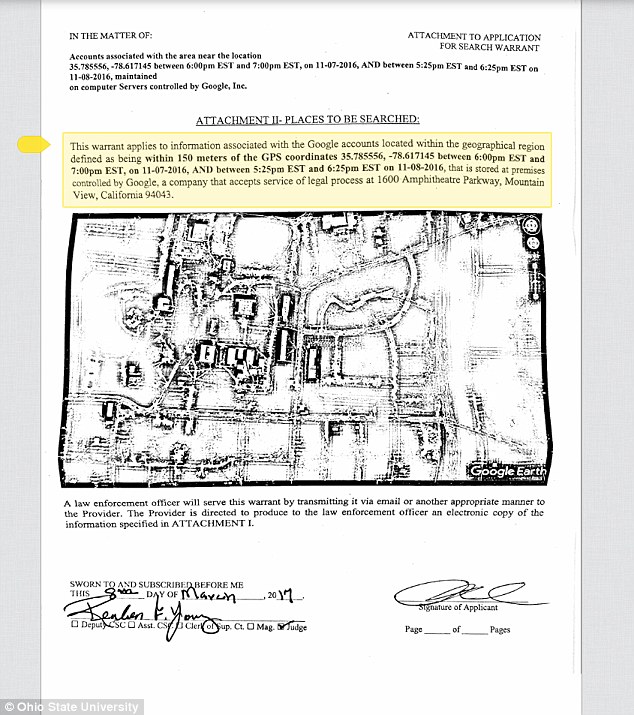 Pictured is a warrant for search data in a possible arson case in Raleigh, North Carolina. According to WRAL, in one case, police requested data for a location spanning 17 acres 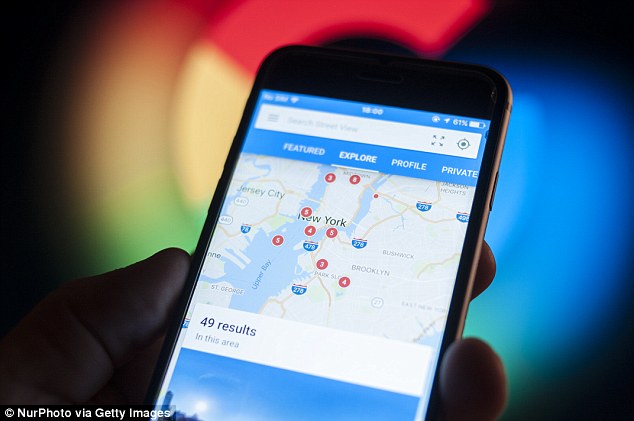 Google maintains that it tries to be as ‘transparent as possible’ when it comes to detailing its processes around government requests for user data, the company’s website states

‘We carefully review each request and always push back when they are overly broad,’ they continued.

Google’s website also noted that the company often ‘successfully narrows’ the scope of such government requests.

Google also publishes a Transparency Report charting requests for user information, but it hasn’t been updated since January 2017.

According to the 2017 Transparency Report, Google received disclosure requests for roughly 80,000 users every six months.

The firm produced some data about 65% of the time it received a government request.

Law enforcement officials defended the actions, however, saying that they often collect user data for investigations.

A District Attorney in Wake County told WRAL that the data only contained anonymized account numbers and didn’t include any personal content.

‘We’re not getting text messages or emails or phone calls without having to go through a different process and having additional information that might lead us to a specific individual,’ the district attorney said.

IS YOUR ANDROID PHONE TRACKING YOUR EVERY MOVE?

Your Android smartphone could be tracking your every move, even when location services are switched off, it has emerged.

Handsets running the Google-developed operating system collect information about where you have been, transmitting it back whenever they connect to the internet.

They continue to do so, even when there is no SIM card inserted or apps running, it is claimed.

The finding raises worrying privacy concerns over the gathering of such detailed location data. 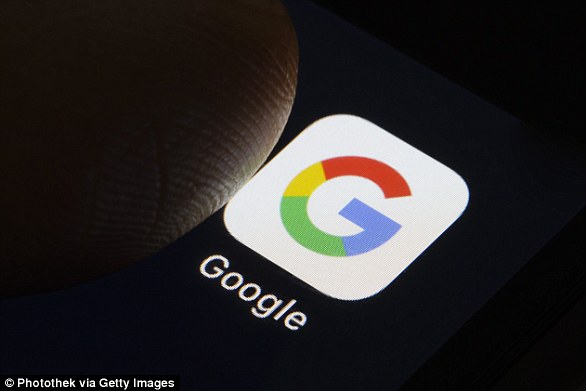 As part of an in-depth investigation for Quartz, it was discovered that, since the beginning of 2017, Android phones have been collecting the addresses of nearby mobile transmitter towers

Knowing the location of one nearby cell tower is not enough to identify the specific location of a handset, and it’s user.

But by using data from multiple towers, a location can be triangulated within about a quarter-mile radius.

This becomes even more precise in built up areas like cities.

Although the data sent is encrypted, a third party could make use of it if the handset has been infected with spyware, malware or other hacking tools.

Every handset also has a unique ID number that can be associated with the location data.

Location-sharing does not appear to have been limited to a particular brand of Android phone or tablet.

The Raleigh Police Department began using the strategy after learning about a similar search warrant in California’s Orange County, according to WRAL.

Still, the issue is likely to raise the ire of privacy advocates who argue that it threatens people’s Fourth Amendment rights, or the right to not be subject to unreasonable search and seizure.

In particular, if the targeted users just happened to be in an area where a crime was committed.

More and more tech companies have been in scrutinized over how much data they’re willing to share with government authorities.

Even if you turn off a device’s location-sharing technology, some location data can still be transmitted by a WiFi or cellular network.