This is the heart-pounding moment Florida police officers storm into a burning home and rescue four people trapped on the roof.

Bodycam footage reveals the moment two Eustis police officers bust into the building at 6.16am on Saturday and help four residents stranded on the roof jump to safety as their front porch is engulfed in flames.

The officers cough through the smoke and beam their flashlights around the room to search for victims yelling ‘Anybody in here?’ inside the home. 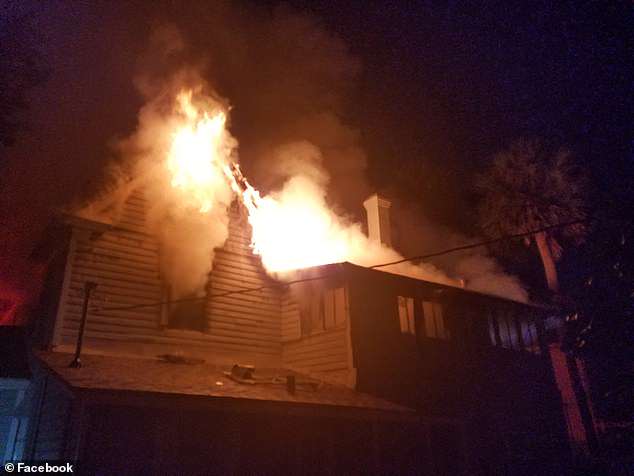 Dramatic police bodycam footage displays the heroic rescue of four residents stranded on the roof of their burning Eustis, Florida home on Saturday 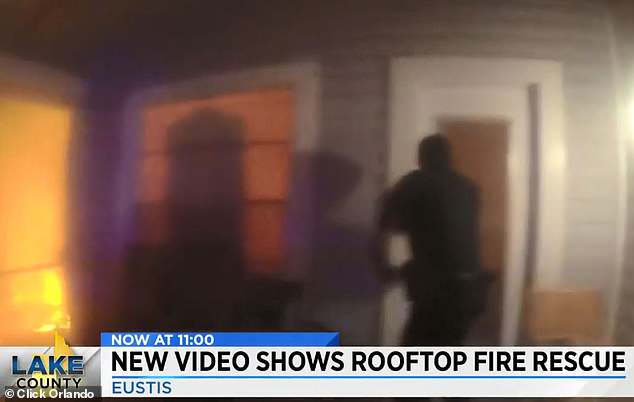 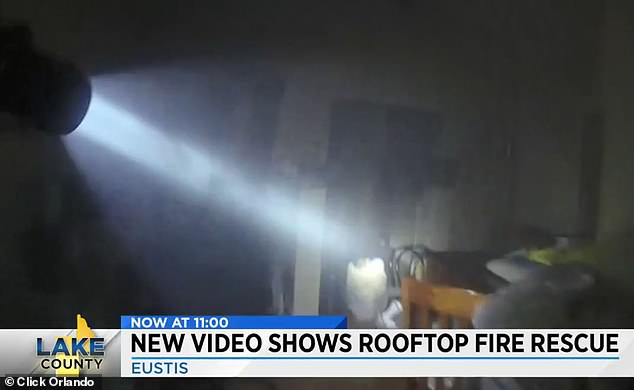 Coughing and shouting ‘Anybody in here?’ the officers looked for signs of victims 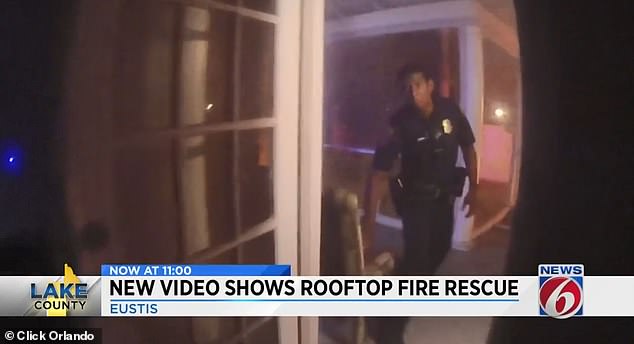 The residents of the lower home had fled in the fire. However four residents were still stuck upstairs as the fire raged at 6.16am on Saturday

In the clip once the officers locate the residents on the roof they order them to jump onto the hood of a nearby car where they helped catch them and bring them to safety.

Officers can be heard shouting ‘Jump quick! You have to jump quickly!’ in the footage released Monday and obtained by ClickOrlando.

But then resident Angelina Carnecchia, 22, freezes, leading officers to pull her legs and coax her to hop off the roof.

‘Seeing someone literally pulling me out of a building that’s burning … you realize that’s what happened. It was really serious and really scary. I want to try to reach out to them and thank them because without a doubt, they saved our lives,’ she said.

Eventually all the four of them were saved in the incident, suffering just a few scratches. 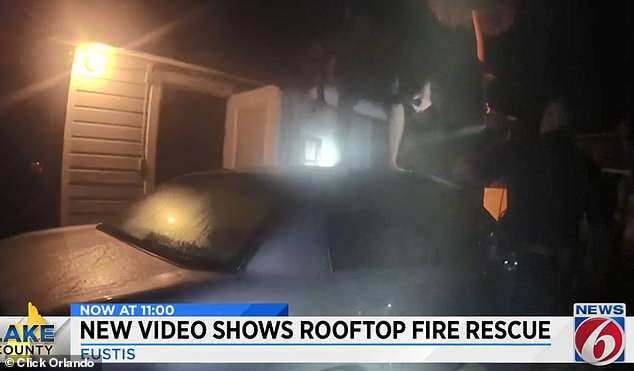 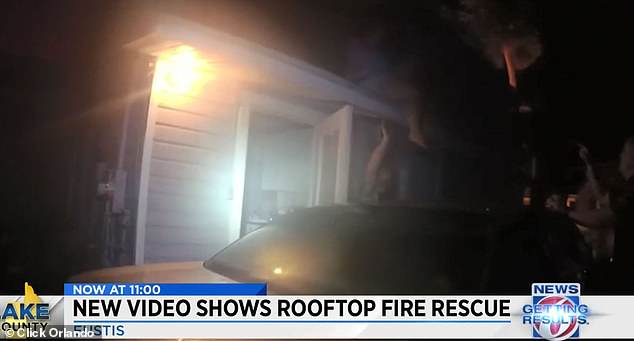 Resident Angelina Carnecchia froze on the roof when cops urged her to jump down to safety. Angelina above being coaxed to hop onto a car below 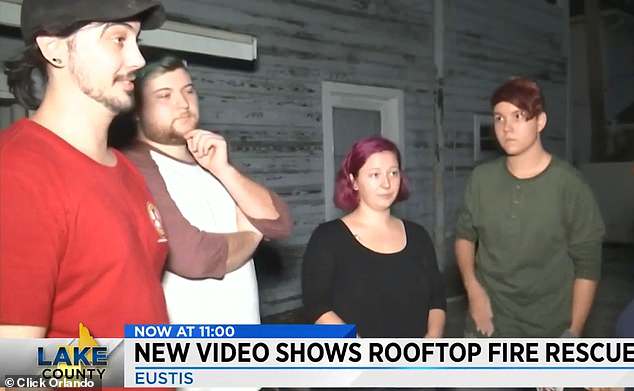 The residents (L-R) Thomas Rogers, Nick Tangusso, Angelina Carnecchia, and their fourth roommate lost everything in the devastating fire

Resident Thomas Rogers said he was the first to discover the fire when he woke up early Saturday morning smelling smoke then realized flames had taken over the front door and porch.

Frantically he woke up his three sleeping friends. Realizing they couldn’t exit through the front door they broke a window and scrambled onto the roof to cry for help.

‘I opened my door and it’s full of white smoke in the hallway. I walked downstairs to our front door, opened it and the porch has flames taller than I am,’ Rogers said to Click Orlando.

‘While we were standing there, we realized, this is just waiting for me to die,’ he added. 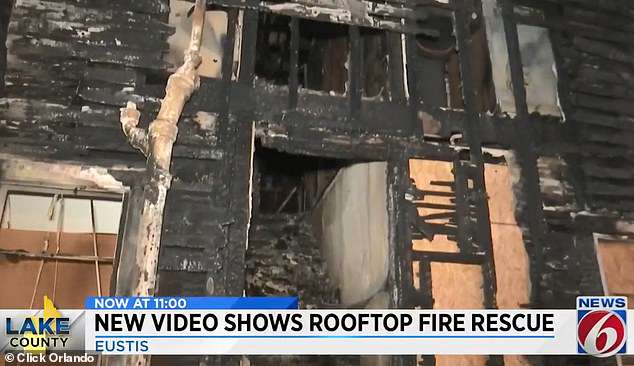 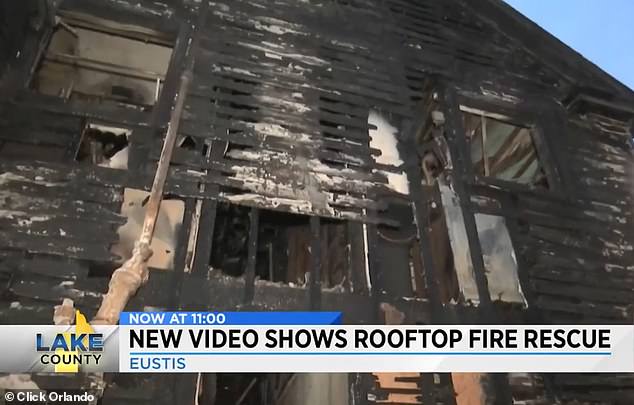 Resident Nick Tangusso, 21, said he was shocked by the speedy police rescue.

‘I was surprised how fast they got there, because like, right when we smashed the window and stepped out, they were there,’ he said.

Three residents living in the downstairs apartment already escaped the fire by the time police arrived.

The four residents lost everything in the fire as their home was charred in the blaze.

A fundraiser has been set up to help them get on their feet and has already raised $550.

The State Fire Marshal says the fire was accidental and ignited by an still-lit cigarette that was improperly discarded outside of the home.