Video shows Peterson, who had allegedly assaulted a salon employee, being pursued by Officer Greg Lovell on September 28.

Police sought to question Michael Bruce Peterson, 39, about an alleged assault on a salon employee 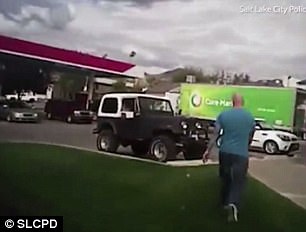 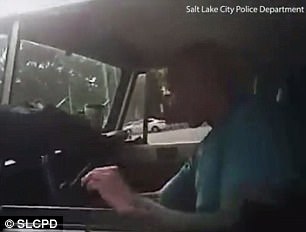 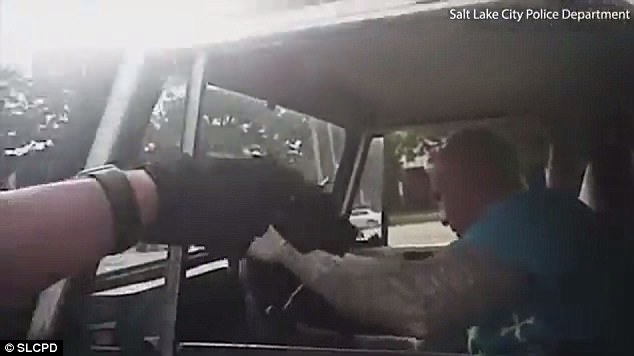 Lovell ordered Peterson to exit the vehicle. Peterson did not do so and Lovell tasered him 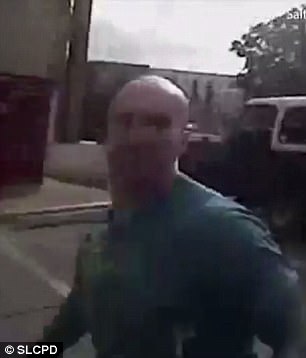 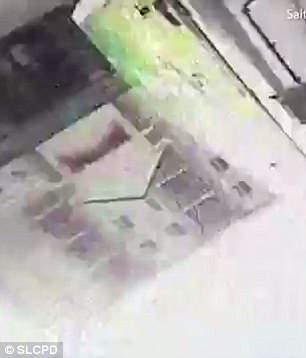 Peterson exited the vehicle and began to attack Lovell. Peterson got hold of Lovell’s baton and began attacking him with it

Lovell keeps his distance while walking behind Peterson and asking him to stop.

Eventually, Peterson comes upon a Maverik gas station, where he enters the driver’s side of a Jeep that police say was not his.

The footage goes haywire as Lovell defends himself. Peterson, police say, got hold of Lovell’s baton and began to attack him with it.

Oblad arrives on the scene and, police say, shot several times at Peterson, who charged at Oblad and did not initially fall.

Oblad said this caused him to wonder whether or not Peterson, who he considered a mortal threat, was wearing a protective vest.

Peterson was hit by 10 bullets fired by Oblad and was pronounced dead at the gas station.

Lovell was praised for his handling of the incident, the Salt Lake Tribune reports.

The store’s owner told police that he entered her office and demanded a massage, and later groped the employee, Good4Utah reports.

Peterson had had a history of criminal activity since 1997. 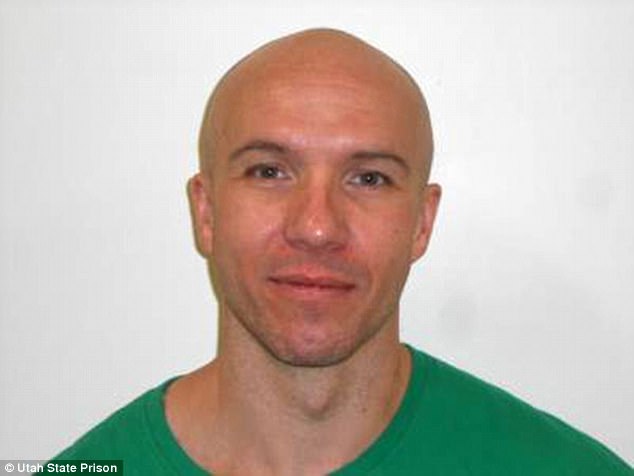 Lieutenant Andrew Oblad arrived and fatally shot Peterson, who had a criminal history. Pictured is a past mugshot 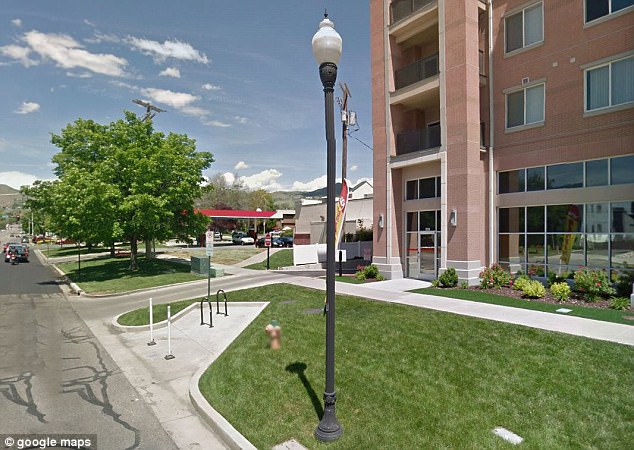