A chief constable has attacked the court system after a thug who injured an officer while high on cocaine escaped with just a £20 fine.

Essex Police head Stephen Kavanagh spoke out after PC Chris Daves was left with a fractured wrist, forcing him to swap front-line work for desk duties.

He said: ‘I ask my officers to run into danger and it is disappointing to say the least when that risk is not recognised.’

His comments came after PC Daves complained at the sentence handed out to martial arts fan Jamie Polkinghorn, 27, by Southend magistrates following his arrest after an alleged domestic violence incident in the town.

The defendant admitted resisting arrest on May 4 but was not charged for any drugs offence.

PC Daves argued: ‘He probably spent more on cocaine that night than he had to pay in fines.

‘I got him into cuffs but he pushed against me and it was during the melee that I hurt my hand which was later diagnosed as a wrist fracture, an injury I’ve had before.

‘It’s had a massive impact on me personally.

‘I’ve been left unable to drive as I’ve been in a cast and it’s stopped me from doing things with my kids, not to mention the impact it’s had on my work life.’

He added: ‘As police officers we go out and put ourselves in danger and peril to protect the public and the courts aren’t even backing us up.

‘I feel incredibly let down and unsupported by them.’

On May 16 magistrates were told Polkinghorn was previously given a conditional discharge and told to pay costs and compensation totalling £150 in 2013 after admitting the racially aggravated harassment of a parking officer. 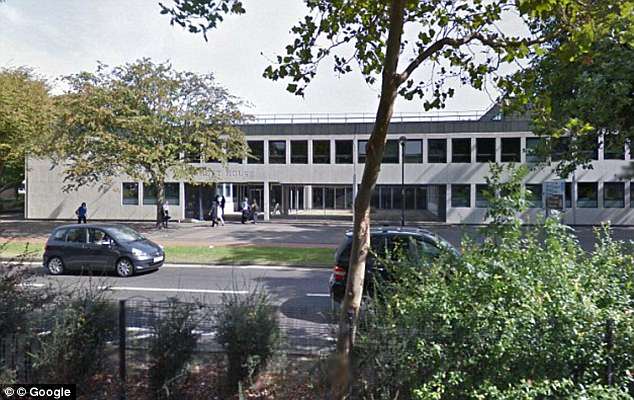 Southend Magistrates Court, where martial arts fan Jamie Polkinghorn – who injured an officer while high on cocaine – escaped with just a £20 fine

The tattoo artist had a string of other minor offences.

But he was handed only the fine, plus an order to pay a £30 victim surcharge and £200 compensation, after pleading guilty to the latest offence.

Polkinghorn was not available yesterday. But a man who answered the phone at the address where he is listed said: ‘I thought all that was dealt with last month.’

Essex Police Federation chairman Steve Taylor said: ‘What kind of deterrent did the bench think this sentence would send?’

In December it emerged just one in three convictions for violence ends in a jail term.

Peter Cuthbertson, who wrote a report for the Civitas think tank, said: ‘It shows that only an unlucky minority of violent and non-violent offenders get a prison sentence. Prison is actually very hard to get in to.’