Police charge into migrants at metro station in Barcelona

Riot police were sent to a metro station in Barcelona reportedly because a migrant hadn’t bought a ticket.

The man, thought to be a street seller, was refused entry to a train because he had not paid the fare, which prompted him to call his friends to warn them.

As a result, officers with batons, helmets and shields were sent to Plaza Catalunya Station and became embroiled in a violent tussle with the group of refugees which was caught on camera. 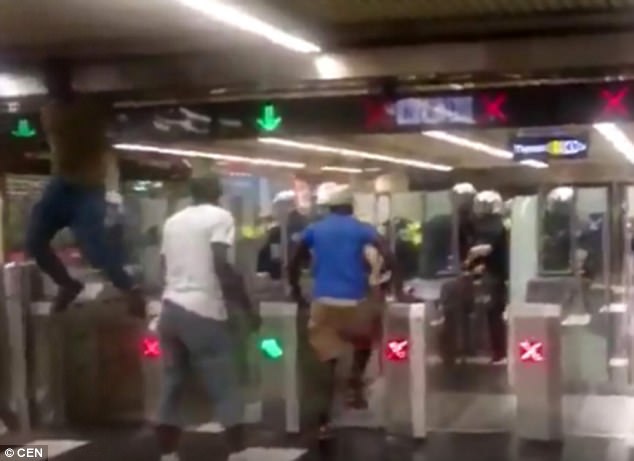 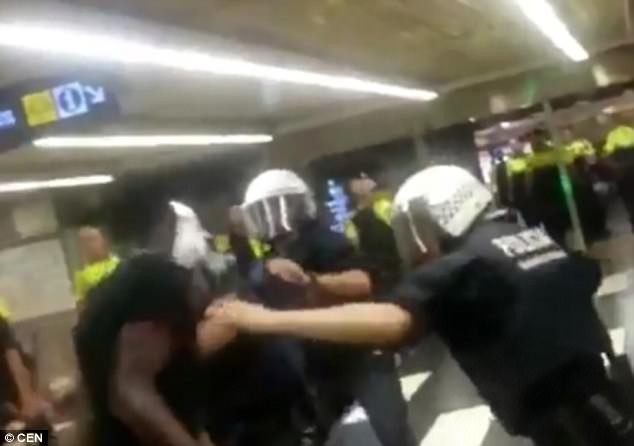 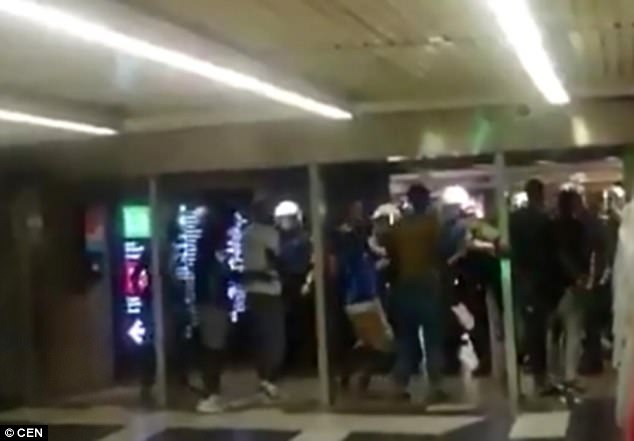 The group of migrants in the video were allegedly selling items on the street illegally.

According to local reports, the accused man argued with a security guard who tried to stop him from jumping on the train then called police for back up.

The man then allegedly called friends using his mobile phone to warn them against boarding the metro without paying, and they rushed to another station.

But as they fled, police arrived and the clip shows the moment officers march towards the men, scaring them away by swinging their truncheons.

The street sellers are seen jumping over the ticket barrier entrance of the station and kicking it.

One of them is seen using an object, which looks like a handbag, to beat the police officers.

At the end of the video, the street sellers are seen on the other side of the barrier entrance of the metro station while the officers are seen opposite them.

It is not clear when the video was shot nor whether anyone was arrested or injured during the confrontation.