Police have uncovered the remains of a second child at a home once owned by a Tennessee couple arrested earlier this week for burying their abused daughter beneath a barn.

Michael Anthony Gray Sr., 63, and his wife, Shirley Ann Gray, 60, were taken into custody Monday on charges of aggravated kidnapping, aggravated child neglect and abuse of a corpse.

Investigators had called around to their home in Roane County on May 22, where they discovered the couple’s  15-year-old son locked in a basement and the remains of their daughter buried in their backyard.

Police subsequently obtained a warrant to search a property in neighboring Knox County where the Grays lived prior to 2017.

On Friday, investigators revealed that they had uncovered the body of a second child at that residence. Police have not disclosed that child’s gender or given an indication as to their age. It is believed the child died in either 2015 or 2016. 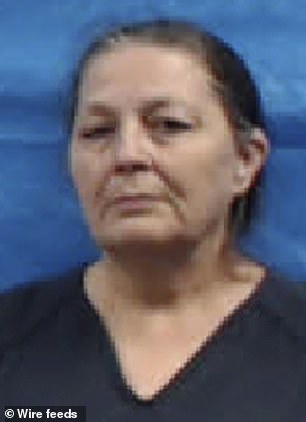 Michael Anthony Gray Sr., 63, and his wife, Shirley Ann Gray, 60, were taken into custody Monday on charges of aggravated kidnapping, aggravated child neglect and abuse of a corpse. Last week, the remains of their young daughter were discovered buried in their yard. Now, investigators have uncovered the body of a second child at an address the couple formerly lived at 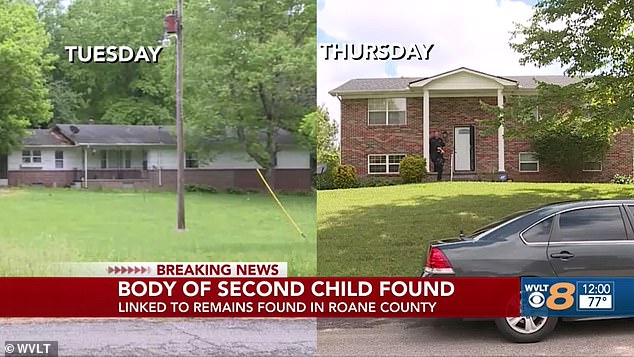 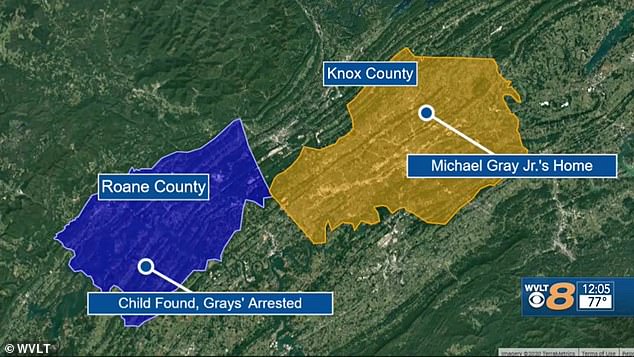 After finding the body buried beneath a barn at the Grays home in Roane County, police subsequently obtained a warrant to search a property in neighboring Knox County where the Grays lived prior to 2017. The home now belongs to their adult son, Michael Gray Jr.

The Knox County property is currently owned by the couple’s adult son, Michael Gray Jr., who claims he was unaware of any abusive behavior perpetrated by his parents.

However, investigators say it is likely Gray Jr. had knowledge of his parents’ conduct.

WVLT reports that a cell phone seized from Gray Jr. contained a message sent to Gray Sr. on March 25, 2020, which read: ‘Hey, do I need to put [redacted name] and [redacted name] on the census? I don’t know if they share info with the IRS.’

Gray Jr. has not been charged with any offences.

Meanwhile, WATE reports that neighbors saw an saw authorities digging ‘a big hole’ in the backyard of the Knox County home before ‘bringing something out of a shed-like cage’.

Following confirmation that a child’s remains had been retrieved from the second property, the Department of Children’s Services released a statement saying: ‘Words are inadequate. Cruelty such as this makes us question all that we know to be true.’

The alleged cruelty of Michael Gray Sr. and wife Shirley Ann Gray was only uncovered last Friday, when the Roane County Sheriff’s Office responded to a call from a concerned couple who said they found a 10-year-old boy roaming the streets alone.

Deputies took the boy to the Department of Children’s Services office in Kingston where he told them his name. He revealed he was one of three children living with the Grays at their home in Roane County.

It is believed the three children were fostered in by the Grays.

The boy told authorities that he had spent time at the home confined to a wire dog cage alongside another child.

He further claimed that a third child, aged around 15-years-old, was locked in the basement.

The boy additionally revealed to investigators that a fourth minor had also been living at the Grays’ home before she died and was buried in their backyard.

Detectives responded to the home and interviewed Michael Gray Sr.  who reportedly admitted to burying his daughter near a pole barn on the property after she died in 2017, aged 10 or 11. 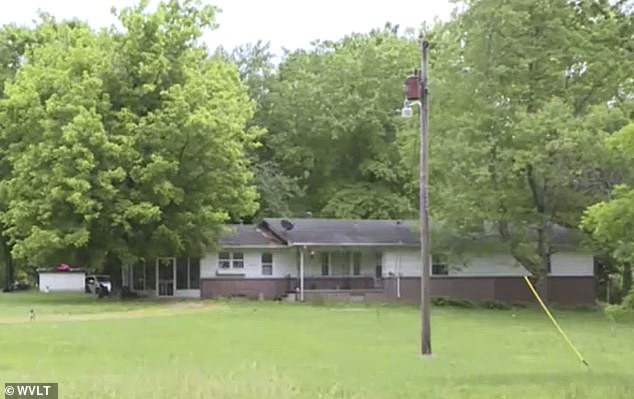 Detectives responded to the Grays’ home in Roane County last week, where they discovered a boy locked a basement. Michael Gray Sr. also told investigators he had buried his young daughter on the property

The couple’s young daughter was said to be confined to a basement for months before her death, surviving on nothing more than bread and water.

During the same interview, authorities say the disgraced father admitted to locking his 15-year-old son in the home’s partially-flooded basement for stealing fruit from the fridge shortly after the family moved to the home in June 2016.

Investigators determined the teen had been confined to the basement ever since, with no contact with anyone outside of it until officials removed him on May 22, 2020. The officers who liberated the teen said he was surrounded by feces, garbage and mold.

Much like his sister, the boy was also only given small amounts of food, including bread and water. The parents reportedly admitted to withholding food from the children at times as a means of punishment.

During the search of the home, officials said Michael Anthony Gray showed investigators where the girl died and where her body had been kept in a cardboard box before she was buried. Her skeletal remains were recovered on Saturday among a grave filled with deceased farm animals. 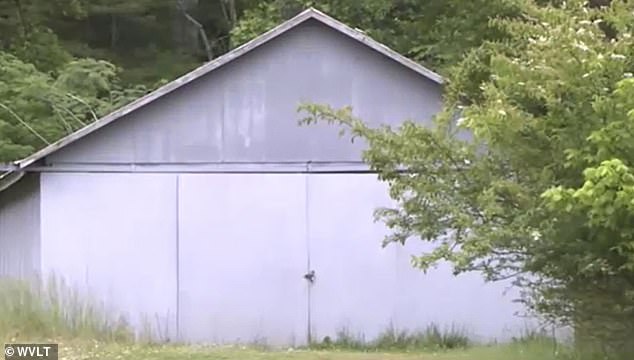 Detectives responded to the home and interviewed Michael who reportedly admitted to burying his daughter near a pole barn on the property after she died in 2017, aged 10 or 11

The 63-year-old also revealed a small concrete room built under the stairs where two of the children had been kept for punishment. The room allegedly had no running water and no electricity.

Police noted that a bucket had been placed inside the small room was filled with human feces and magazine pages that had been used as tissue. The rest of the house was stated to be filled with a strong urine smell, with human and animal feces spread throughout the home, on the walls and in a bed.

The home also had no running water and had exposed wires and discarded trash scattered throughout.

The surviving children, ages 10 to 15, were removed from Michael and Shirley’s custody by the state Department of Children’s Services. They are not their biological children, the Attorney General’s office said.

The warrants say Shirley admitted the children had not received medical or dental attention for at least six years prior to the investigation. All four children had been signed up for homeschooling. 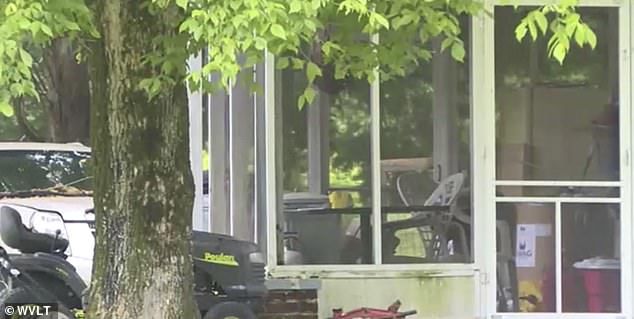 The rest of the house was stated to be filled with a strong urine smell, with human and animal feces spread throughout the home, on the walls and in a bed. The home also had no running water and had exposed wires and discarded trash scattered throughout 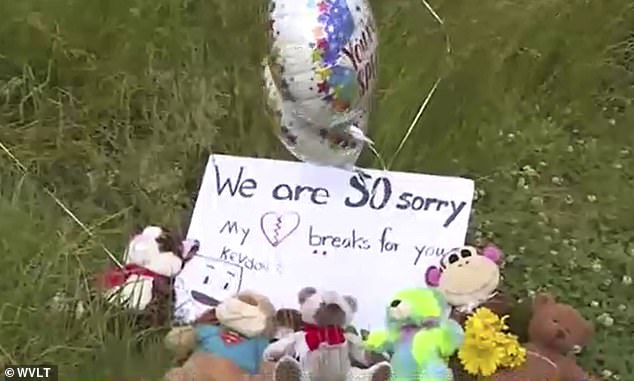 A memorial for the girl who died a was placed in the home’s backyard this week, close to where she was buried

Shirley Gray signed documents declaring that all the children were meeting their homeschooling requirements, however police say two of them ‘appear to have had no formal education,’ and ‘were, in fact, amazed by what a refrigerator does when they observed one in their foster home.’

Officials said all the children appeared to be stunted in growth and lacked the necessary education for their age.

The Grays remained in custody.