From Monday travellers arriving in England will have to self-isolate for 14 days on arrival or risk being fined, prosecuted and even deported if they do not comply.

I’m travelling to the UK, what will I have to do?

At the moment laws have been published for England.

Separate legislation is expected to follow this week for Scotland, Wales and Northern Ireland.

Travellers to England will be expected to fill out a form online on gov.uk up to 48 hours in advance of travel, providing contact information, travel details and an address of where they plan to self-isolate once they arrive in the country. 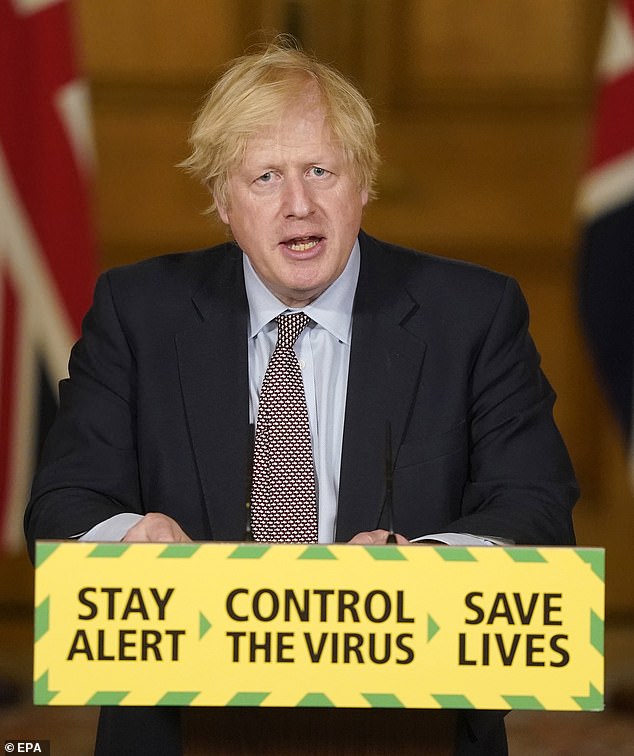 The government’s new travel laws will come into effect on Monday, with travellers to England required to quarantine fro 14 days

What happens if I don’t fill out the form?

Most travellers will be expected to fill out the form in advance but facilities will be provided at the border for those who have been unable to do so.

For anyone who has not filled out the form, they will be given one last opportunity as they arrive to do so.

Failure to do that will result in an offence and they could be issued with a fine.

Officials will expect airlines and other carriers to check whether people have filled out forms in advance but they will not be required to turn people away from travelling if that has not happened.

The offence will occur when someone has arrived in the UK and failed to fill out the form.

Personal details cannot be used for any reason other than in conjunction with these laws.

The law also appears to suggest information provided by passengers cannot be used in criminal proceedings against them unless they relate to breaches of the quarantine regulations.

How do I get from the airport to my accommodation?

Travellers are urged to use cars or other forms of private transport to travel from the airport when they arrive in the UK but if they must use public transport, they are advised to take the most direct route possible to their accommodation and follow guidance such as wearing face masks.

Passengers in a queue at Stansted Airport, Essex, to check in for a flight to Adana, Turkey. Under the rules, you must fill out a form before travelling to England

Failure to do so, or to quarantine, could results in fines or even deportations with police allowed to use ‘reasonable force’ to ensure rules are followed

Where should I quarantine?

UK travellers can go back to their home and self-isolate there.

Who is exempt from the new travel laws to England?

But people can also isolate in the home of a friend or relative, a hotel, hostel, bed and breakfast, or ‘other suitable’ accommodation.

More than one address can be provided if a ‘legal obligation’ requires a person to change addresses, or it is necessary for them to stay overnight on their arrival in England before ‘travelling directly to another address at which they will be self-isolating’.

Anyone who cannot provide a suitable address will be provided accommodation by the Government, like a hotel.

Friends and family will not need to isolate with the people who have arrived, unless they have also travelled. But they should avoid contact with anyone they are staying with and minimise time spent in shared areas and use separate bathrooms if possible.

What happens if I refuse to fill out the form, or self-isolate?

Breaching the self-isolation stipulation would result in a £1,000 fine and could lead to prosecution and then a potentially unlimited fine.

Travellers could even be deported, but authorities in England, Scotland, Wales and Northern Ireland will decide separately on immigration policy for this.

How will authorities check whether I have followed the rules?

Spot checks are set to be carried out by officials, like Border Force officers, as travellers arrive at airports and ports to make sure they have filled out the forms.

In extreme circumstances Border Force officers could refuse entry to any non-British citizen or non-British resident who has decided not to fill in the form or not take part in the self-isolation period.

The Government has also threatened to carry out spot checks around the country to make sure people are complying.

In the first instance public health authorities, using private contractors, will phone people and question them to establish whether they are self-isolating.

If there is concern they are not complying, they could be reported to the police.

There is even a risk travellers could face questions from officials as they try to leave the country again if they could not be tracked down during the self-isolation period.

Who is exempt from the rules?

A list of exemptions has been published, including road haulage and freight workers; medical professionals travelling to help the coronavirus effort; anyone moving from within the common travel area covering Ireland, the Channel Islands and the Isle of Man; and seasonal agricultural workers who will self-isolate on the property where they are working.

So far no exemptions have been made for elite athletes.

How long will the measures be in place?

The rules will be reviewed every three weeks, so will be in place until at least June 29 but could last as long as a year, when the legislation expires.

I have a holiday booked later in the summer, what do I do?

Officials have said until such time as the Foreign Office lifts the advice against all but essential travel, holidaymakers should take that into account and bear in mind implications for their trip and any conditions on their holiday insurance.