More than 1,200 drivers have been prosecuted using a new database where fellow motorists can upload incriminating footage captured on dashcams, This is Money and MailOnline can exclusively reveal.

The new system is said to have saved police forces across Britain 68,474 hours of man hours processing evidence of dangerous driving and excessive speeding in the last year, the equivalent of 2,685 days – or roughly seven officer-years.

But the AA has warned that encouraging ‘dashcam vigilantes’ should not be seen as a substitute for having traffic police on patrol and privacy campaigners said it ‘risks breeding a culture of mistrust and suspicion’ to have motorists ‘spying on each other’.

Caught in the act: Members of the public who uploaded incriminating evidence of dangerous driving caught on dashcams to a police database have helped convict 1,223 motorists in a year

Edmund King, AA president, said: ‘It is a sad state of affairs that we need to rely on dashcam coverage to supplement roads policing.

‘However, the reality is that we have seen a 20 per cent cut in traffic police in the last decade. If we had more cops in cars we wouldn’t need to use dashcam vigilantes.’

And a spokeswoman for privacy campaigners Big Brother Watch said: ‘The idea that motorists should constantly film each other may be well-intentioned but it risks breeding a culture of mistrust and suspicion.

‘The UK has more surveillance cameras than any other country in Europe. The ANPR network that surveils innocent drivers already captures 40 million photos a day.

‘The last thing we need is ordinary people being encouraged to spy on each other too.’

The national dashcam safety portal was launched last July offering an easy way for drivers to submit video evidence of illegal actions on the road that authorities can use for to convict those found breaking the law.

In the first 12 months of the database being available, some 4,891 clips were uploaded to the portal, resulting in 1,223 prosecutions, exclusive data for This is Money shows.

Nextbase, the dash cam manufacturer that has pioneered the database, said the new system has drastically reduced the amount of time it takes police to process clips and investigate reckless and illegal driving.

With forces across Britain strapped for cash and having staff numbers cut, the lightening of workload is estimated to have freed up critical policing time.

At the time of publishing, 22 forces are on-board and using the system, while others are expected to adopt it in the future.

Figures produced earlier this year by the European Commission revealed that Britain now has the safest roads in Europe, but motoring groups have argued that cuts to traffic policing are hampering efforts to crack down further on dangerous driving.

The database is said to have dramatically cut the amount of work police need to put in to review dashcam footage and decide whether someone has been driving dangerously.

It’s estimated the previous method of receiving, viewing and processing footage of dangerous driving provided by other motorists would take around 14 hours per video.

This is because clips could only be used in a similar way to eye-witness accounts, which required interviews and masses of paperwork during processing – which unsurprisingly proved time consuming.

The new portal instead utilises a recent loophole found by North Wales Police in 2016 that allows forces to use dashcam and helmet cam footage in the same way speed camera clips are used as the sole evidence needed to punish limit-breaking motorists.

The new system makes it simple and fast for drivers to upload dashcam footage to a police-accessed network.

Each video requires a short description of the event captured and a supporting online questionnaire, which takes around 15 minutes to complete in total. 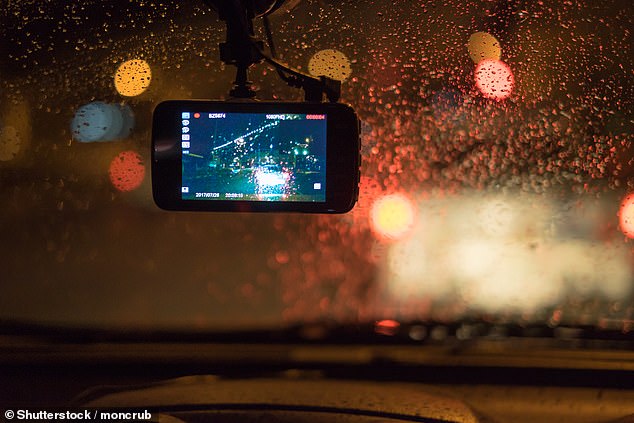 This is then used as the eyewitness statement in cases.

Officers review each video and – as with speeding fines – send a driving penalty notice to the guilty party who can choose to accept it or dispute it in court.

All public-generated video footage can be used to target a multitude of offences, including speeding, dangerous driving, driving without due care and attention, contravening solid white lines, mobile phone use, improper control of vehicle and contravening red traffic lights.

The 22 police forces currently involved confirmed that 50 per cent of the videos provided by the public were reviewed in the first year.

Of these, half resulted in prosecutions, varying from out-of-court written warnings and points deducted to court cases and driving bans.

One of the first adopters of the NDCSP, West Mercia Police has seen a marked change in the efficiency of its traffic monitoring as a direct result.

Commenting on the initiative, Supt Mel Crowther said: ‘The national dashcam safety portal is a tool that can be used by all road users; drivers, cyclists, pedestrians, horse riders and motorcyclists.

Dashcams have recently been to provide valuable evidence in court cases that would otherwise have been left to testimony and conjecture.

A dangerous driver became the first person in the UK to be jailed by incriminating dashcam footage after a video showed his reckless overtaking move in 2015 that forced a Ford Transit van off the road was posted online.

James Stocks, 24, from Tilson, Cheshire, was handed an eight-month sentence after he pulled off two heart-stopping overtakes on the A495 in Shropshire in April.

‘Any footage is permitted, and as a result we have seen a great amount of members of the public getting behind this system.

‘As a force, we have been using this to deliver our own ‘Operation Snap’ initiative over the past year.’

She added: ‘The use of the NDCSP is a perfect example of modern police forces embracing new technology in order to help with internal time management.

‘It ensures that our policing services are as accessible as possible, complementing the work already being done by police officers on our road network.

‘Most importantly, it allows us to show that a dangerous driver’s behaviour can and will be held to account.

‘I am confident that, with the help of other road users, this technology will deter people from making poor choices on the road and help make our roads safer for all.’ 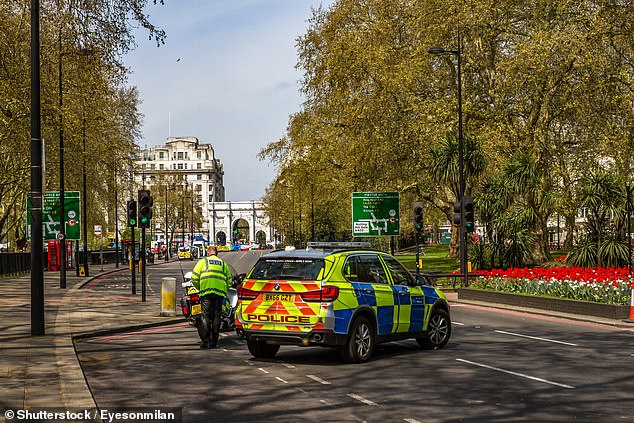 One of the latest forces to use the system, Northumbria Police, said the portal was the latest example of ‘modern policing’ and the database is the best possible service available to the communities it serves.

Head of communications, Neil Preston, said: ‘The national dashcam safety portal reduces the demand on our communications centre by providing a quick and easy solution for the public to upload footage.

How do I submit my dashcam footage?

If you use a das cam and want to submit footage, visit the NDCSP website.

From there, you click on the region the incident happened, and then finally the specific force.

It will then prompt you for some basic details, including location and time of incident, and the option to add other details, such as vehicle registration plates.

‘The number of positive outcomes that we have seen as a direct result of these submissions is very high. The system continues to help us make our region a safer place for road users.’

Richard Browning, director of Nextbase, said the first year success of the portal had been ‘very rewarding’, having help prosecute a number of dangerous drivers who otherwise would have escaped punishment.

‘Our mission in building the platform was to remove the most dangerous drivers from our roads and it sounds like that is happening, slowly but surely,’ he said.

‘The three million dashcams on UK roads are a powerful tool that can be used to deter road users from putting others at risk, provided the forces have the means to deal with the footage.

‘That’s now the case and we are confident the NDCSP continue to make our roads safer as more forces adopt the technology.’

Drivers who upload footage could incriminate themselves

While motorists are encouraged by police to upload incriminating clips of other motorists breaking the law, drivers may also provide evidence that could land them in hot water.

Drivers are urged to always be aware that the same footage they provide to catch others flouting the rules can be used against them, especially in cases that go to court.

And motorists pulled over by the police for a driving violation can be requested to present dashcam footage for review to determine if they were speeding (using the GPS tracking) or breaking laws.

Deleting incriminating footage can also be considered a serious offence, too, so drivers are told not to wipe any records if they have been requested by the authorities.