Detective Ysabel Villegas, 51, alleges in her restraining order that Officer Danny Reedy, 55, distributed sexually explicit pictures of her after their five year romantic relationship ended, according to KABC-7.

The 30-year veteran of the force claims that the Officer Reedy acted in retaliation for their breakup last August by spreading the photos within the department.

Villegas alleges that the relationship had been abusive with claims Reedy struck her in the head twice and raped her on two separate occasions last year. 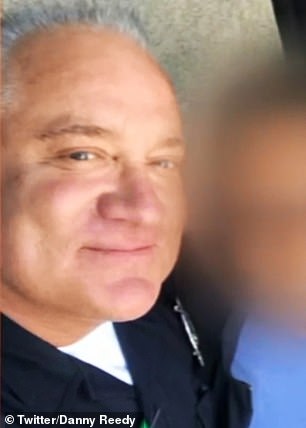 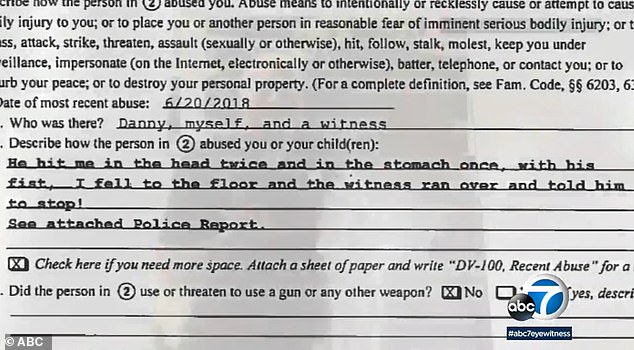 She included threatening text messages she claims are from her former lover with one reading ‘Retire now…I’ll make sure you do…you won’t be able to look anyone in the eyes soon.’

The attorney for Danny Reedy, Michael Williams, says his client denies the relationship existed and all allegations of abuse. On the issue of the photos he claims, ‘Even if he did it – and I’m not saying he did – it’s academic anyway if one voluntarily participated in such photographs.’

‘What is illegal is disseminating explicit photos without the permission of the person in the photos regardless of how you got it,’ Villegas’ attorney Lisa Bloom said to KABC-7 in response. 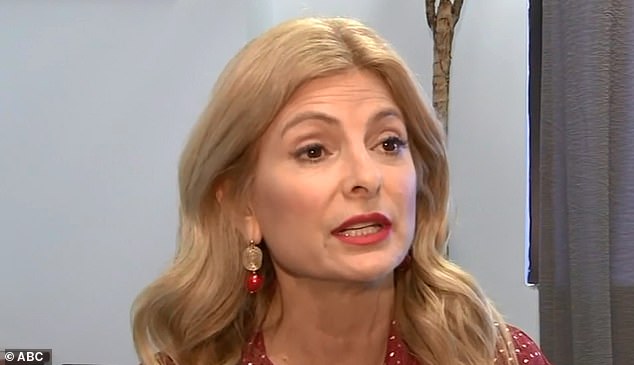 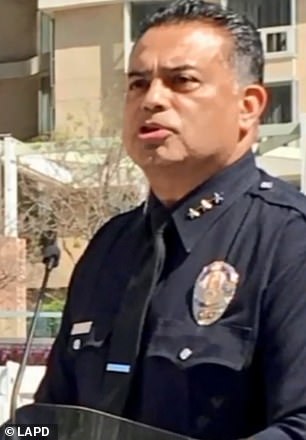 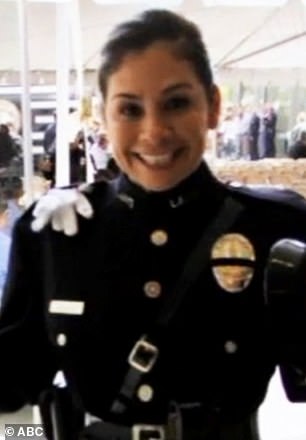 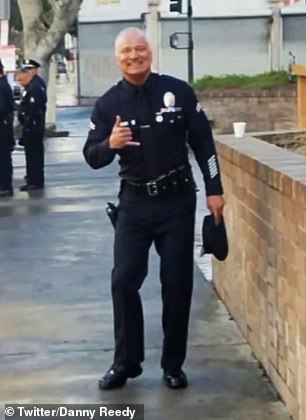 According to the LAPD, Officer Danny Reedy is currently assigned to his home

Jorge Villegas was reportedly caught having sex with a subordinate in parked vehicle by an undercover police surveillance team shortly before his sudden retirement in October, according to the Los Angeles Times.

The former assistant chief was also under investigation for an anonymous letter accusing him of an unspecified act of misconduct.

Ysabel Villegas is currently back with her husband according to KABC-7 and Officer Reedy is assigned home. The hearing on her restraining order is scheduled for January 15 .