This is the moment a mischievous police dog caused chaos by invading a football pitch during a televised match to bite the ball.

Ditching its post, the law enforcement animal ran interrupted the game between Blooming and Nacional de Potosi in the Bolivian League.

Baffled players were in the middle of the first half when they saw the dog break free from its handler. 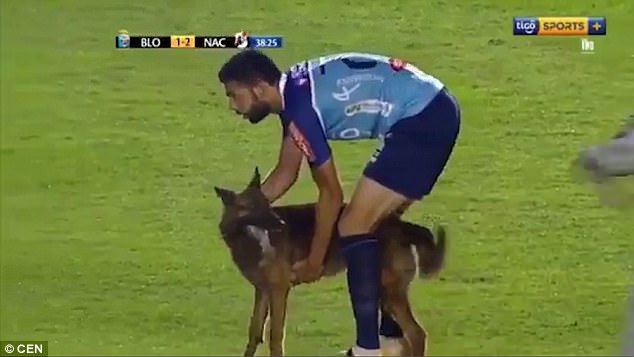 Alejandro Quintana finally apprehended the dog, but by that point it had already burst the ball 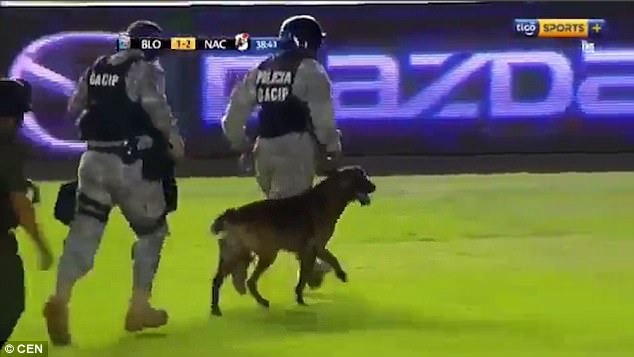 After police led the canine off the pitch, Blooming went on to win 4-2 in the Bolivian League match

It then punctured the ball as it was chased around the pitch by police officers.

Fans appeared amused by the dog’s daring as players and police struggled to remove the hound.

Finally, Alejandro Quintana, who plays for Blooming, grabbed the dog and the match resumed for his team to win 4-2.