Quincy discovered the secret bunker on a sugarcane farm in Far North Queensland on Sunday after a local man presented to hospital with severe head injuries and claimed he was kidnapped.

Queensland Police allege the 28-year-old man visited a property on Chettle Road, in Arriga, to meet a 27-year-old acquaintance.

However, when the man arrived he was met by the 27-year-old and a 37-year-old man who were allegedly armed with guns.

The man claims he was forced into a vehicle and tied up before one of the alleged gunman hit him in the head with a rifle.

The two men allegedly took the man’s wallet and damaged his car before releasing him.

The 28-year-old drove to Atherton hospital where he was treated for his injuries and reported the alleged kidnapping to police. 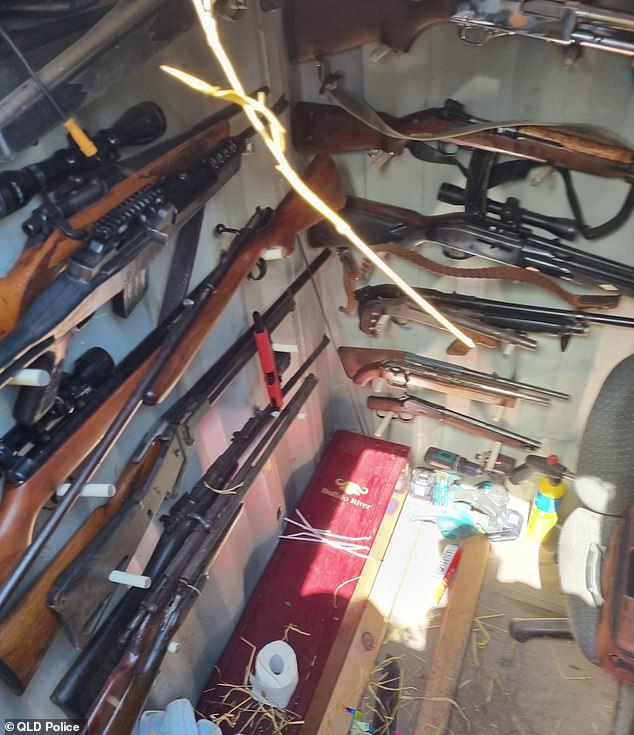 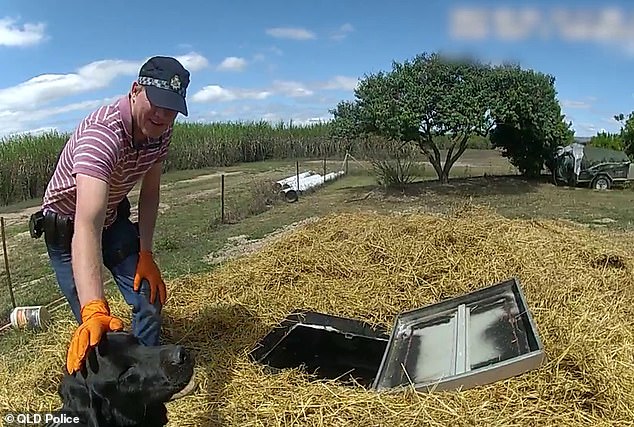 Quincy sniffed out the bunker, hidden under a pile of hay, while searching the property

Police visited the property later that day and arrested the 27-year-old and a 37-year-old men.

Quincy was part of the team searching the property after the arrests and sniffed out the bunker which was filled to the brim with weapons.

The 27-year-old man was charged with one count each of armed robbery, deprivation of liberty, torture, assault occasioning bodily harm, willful damage and two counts of possessing a dangerous drug. 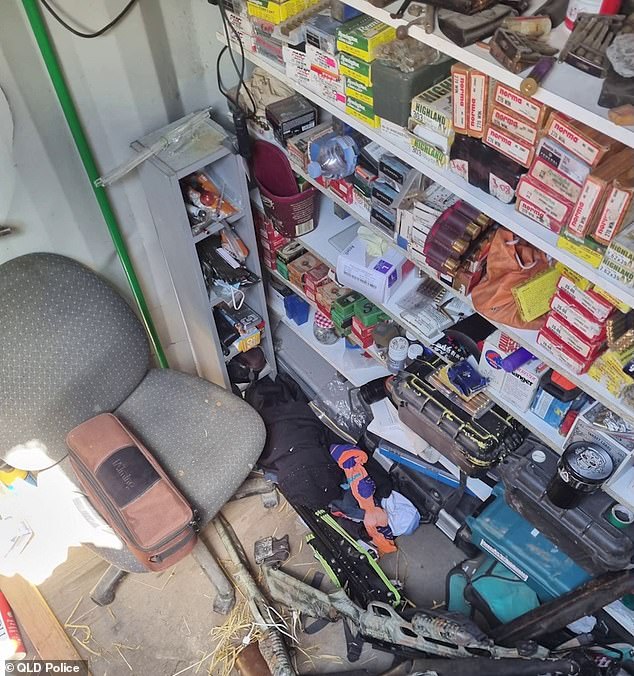 Alongside the weapons, police found jewellery, watches, cannabis, methylamphetamine and the 28-year-old’s allegedly stolen items in the secret bunker 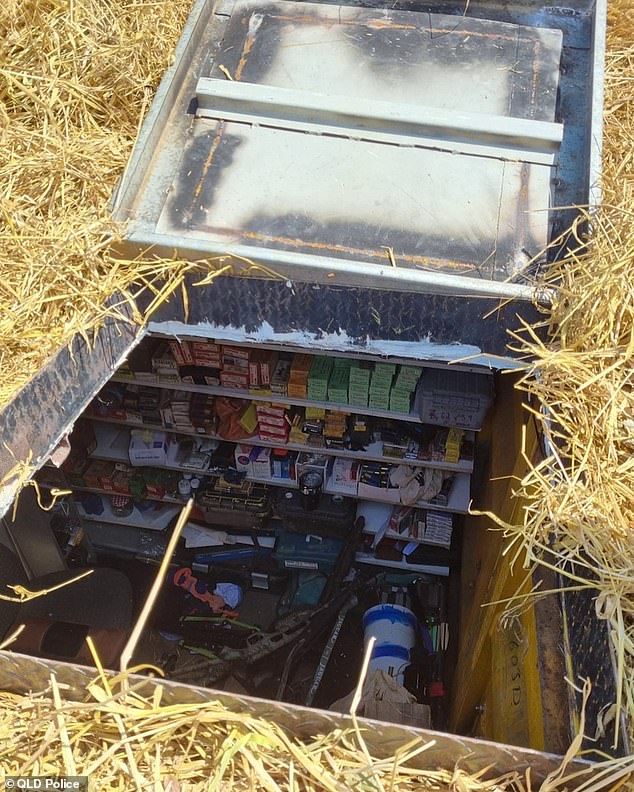 The 37-year-old man was charged with two counts of acts intended to cause grievous bodily harm and one count each of armed robbery, deprivation of liberty, torture, assault occasioning bodily harm, unlawful possession of a weapon, threatening violence with a firearm and willful damage.

Both men remain in custody and are due to reappear in Court on November 11.